When our ancestors looked up at the night sky, they used the patterns of twinkling light they saw as inspiration for stories that connected their communities. The newest constellation in our sky, created by Elon Musk’s company SpaceX, promises a similar story of connectivity. However, it may come at a high price, for both telecommunication consumers and the astronomical community.

The artificial constellation, called Starlink, will be a network of 12,000 satellites, 1,200 of which are already in orbit. By the end of 2021, it will form a lattice around Earth and provide its inhabitants with the world’s most advanced broadband Internet system. Starlink is currently providing service to the northern United States and has begun to extend coverage to northern areas of Canada that were previously too remote to receive a satellite signal.

For First Nations communities in the Canadian North, this lack of access to the Internet is an ongoing issue.

“When we think about Indigenous Peoples’ advancement, whether it’s in the economy or the advancement of our language or our jurisdiction over education and health, technology’s an underpinning to all of those,” said Denise Williams, CEO of the First Nations Technology Council (FNTC), in an interview last December with The Tyee. 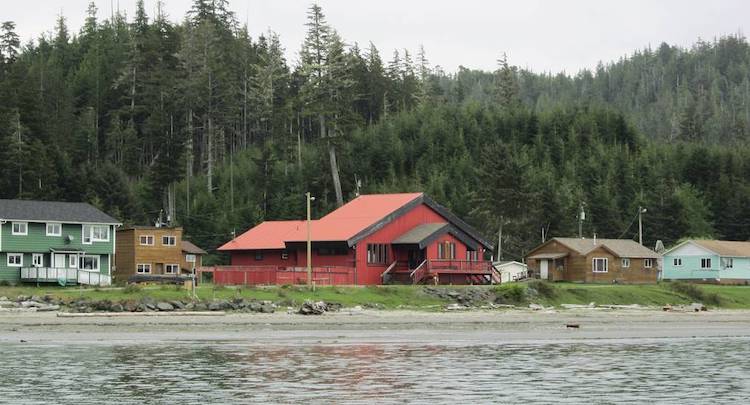 The FNTC estimates that about 75 per cent of First Nations communities in B.C. fall short of the basic level of Internet service, a rate which the FNTC claims is similar nationwide.  The Canadian Radio-Television and Telecommunications Commission (CRTC) defines the basic level of Internet to be service that allows a user to have two devices stream high-definition videos at the same time.

While there may be public access points to the Internet in the community, such as the local library, service is not available in every home, school, or office. Williams explained that these communities need better Internet access in order to “ensure [that] Indigenous people have the tools and the capacity to advance self-determination and self-governance, build economies and participate in B.C. and Canada’s digital economy.” 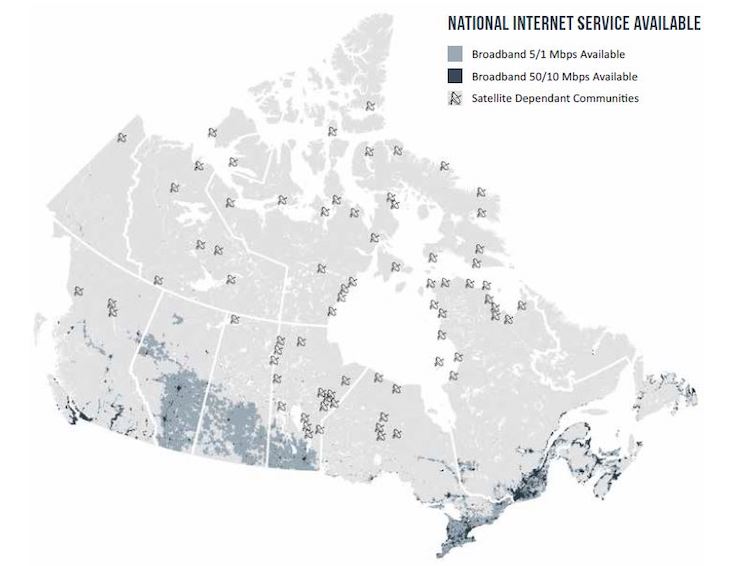 Broadband Internet is concentrated in major Canadian cities, whereas only satellite coverage is available in some northern communities. Areas not denoted on the map may rely on dial-in Internet or have no access at all. Government of Canada, CC BY-NC-ND 2.0.

While Starlink appears to be a promising solution to this problem, its operation costs have drawbacks. To begin with, the installation fee for a Starlink kit, which includes a Starlink satellite dish, WiFi router, power supply, cables and mounting tripod is US$499, not including shipping or taxes. This initial cost coupled with the monthly service fee of US$99 makes Starlink one of the more expensive internet providers.

According to the 2019 CRTC Communications Monitoring Report, rural areas in Canada generally have lower Internet speeds and higher connection costs than their urban counterparts, but the highest reported monthly broadband Internet service fee in rural Canada in 2018 was still only C$101. With high installation fees and service charges set at approximately C$120 per month, Starlink may end up being too expensive to solve Internet accessibility issues in isolated communities.

In addition to high user prices, there is also a price being paid by the astronomical community. The Starlink satellites currently in orbit are interfering with astronomical observations, especially in optical and radio wavelengths, a problem which is expected to worsen as more satellites are launched. 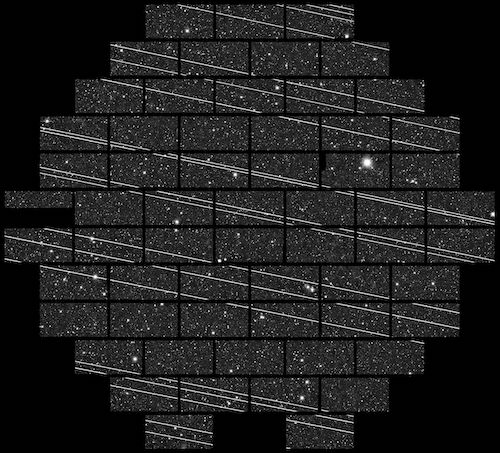 “We can expect astronomical observations to be affected by numerous satellites streaking across telescope fields of view,” says Dr. Aaron Boley, a professor in the Department of Physics and Astronomy at the University of British Columbia. “This will cause data loss from expensive facilities and could significantly interfere with certain types of science programs, such as near-Earth object observations and monitoring.”

The Near-Earth Object (NEO) Observations Program analyzes the trajectories of NEOs that are 140 meters and larger in size. If such monitoring is impeded, astronomers may not have enough warning to attempt to redirect a NEO on a collision course with Earth.

Overcrowding and poor regulation of satellite orbital paths is another issue.

“We often think of space [as] being big and satellites [as] being small, which is true but misleading,” Dr. Boley explains. “An imperfect analogy of this logic is that Canada is big, but cars are small; therefore, we do not need to have traffic management. Poor space traffic management, the accumulation of space debris, and slow progress toward active debris removal and sensible de-orbiting guidelines are some of our biggest challenges with [satellite] constellations.”

For Internet satellites, low Earth orbital paths are more desirable because signals can reach Earth more quickly. If these paths become congested and a collision occurs, hundreds of pieces of debris could set off a chain reaction of collisions, causing widespread damage to communication satellites and possibly satellite malfunction.

According to the European Space Agency, there are approximately 5,000 satellites currently in orbit. Starlink will more than triple this number and SpaceX has plans to expand the project to 42,000 satellites after the initial constellation is complete. As Amazon, OneWeb, and Telesat begin planning their own mega-constellations, the need for better satellite regulation becomes increasingly evident.

While Internet connectivity remains an important issue for Canadian Indigenous and other isolated communities, it is clear that a balance needs to be struck between more extensive communication networks and the protection of astronomical observation.

Regulations that would reflect this balance may be in the works. The International Astronomical Union (IAU) has plans to present data collected on the impact of satellite constellations to the UN Committee on the Peaceful Uses of Outer Space (COPUOS). The IAU findings were also included in the Programme of the Conference on Dark and Quiet Skies for Science and Society, held in October 2020.

While these efforts may reduce the impact of satellites on astronomy, the construction of more space-based telescopes, or even a telescope on the moon may be the best solution for future observations. Space-based telescopes are generally placed in higher orbits than Internet satellites and do not see as much optical interference. However, there is nothing blocking satellite radio signals, so this type of interference remains as problematic in space as on the ground.

A telescope on the far side of the moon would have the moon itself as a natural radio-wave barrier, providing an observational zone not only clear of optical and radio interference, but also light pollution and atmospheric effects.

Although more space-based telescopes appear to be the future of astronomy, they are extremely expensive and can take more than a decade to build and put into orbit. As we move forward into an age where Internet accessibility is vital to all communities, satellite constellations such as Starlink need to be regulated so that advances in communication on Earth do not delay future astronomical discoveries.