Spring is finally making its way to Canada, and with it a celebration of nature and its beauty. It’s close to impossible to write or even think about life on our planet without mention of its diversity popping up. Diversity of life is not only a given, but is a constant source of awe for scientists and non-scientists alike. It’s mesmerizing how dozens to thousands of life forms live in balance in places as diverse as our own intestines to tropical rain forests, all the way to the Arctic Circle. So it shouldn’t be surprising that many Science Borealis bloggers have shown their appreciation for the diversity of life in their posts.

First I’d like to welcome the Nature Conservancy of Canada’s (NCC) blog Landlines to the growing family of Science Borealis bloggers. To commemorate May 22nd, the International Day for Biodiversity, Science Borealis will be featuring guest posts from NCC focusing on invasive species. Before those posts appear on our feed, I recommend two thoughtfully written primers on the importance of biodiversity from the Landlines blog: Why does biodiversity matter and the Jenga theory of biodiversity. 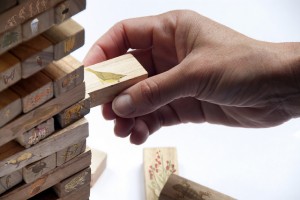 On his blog DNA barcoding, Dirk Steinke discusses newly published research in biodiversity and taxonomy. He recently wrote about the impact of salmon farming on biodiversity, and about the endangered armadillo being chosen by FIFA as the mascot for the upcoming 2014 World Cup in Brazil.

Chris Buddle writes the most exhilarating pieces about arthropods (largest group of invertebrate animals including insects, spiders, crustaceans…) as well as other forms of life on his blog Expiscor at SciLogs. Each post in his popular 10 facts series teach us about the history, biology, and environmental role of an arthropod, as famous as the dung beetle or as underappreciated as the pseudo-scorpion. If you’re not comfortable with the sight of scorpions and their relatives, then start with his discussion of arachnophobia (fear of spiders)! 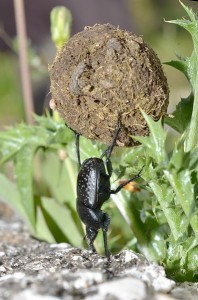 Morgan Jackson discusses Bill Gates’s proposed Mosquito Week on his blog Biodiversity in Focus. Transmitting devastating diseases such as malaria, sleeping sickness and dengue fever, mosquitoes are actually the deadliest animals on the planet, even deadlier than humans.

Kathryn Turner’s blog Alien Plantation is filled with beautiful stories on the diversity of life, many written by her students. The blog covers all sorts of plants, from exotic ginkgo to even more exotic angel’s trumpet. There is also a skeptical analysis of some so-called magic fruits. 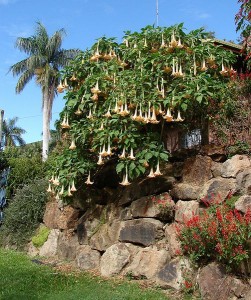 I hope to leave you today with a deeper appreciation for the diversity of life on our lonely planet and a stronger will for preserving it from destruction. What fascinates you most about the diversity of life? Which stories do you enjoy reading? What would you like to know more about? Let us and the bloggers know in the comments below, on Facebook or on Twitter!