People love dolphins. Flipper and his brethren, with their permanent “smile” and happy-go-lucky reputation, are widely regarded as one of the most intelligent species on the planet. But what makes dolphins so intelligent? Are humans not so special after all?

In Conversations with Dolphins, which aired on CBC’s The Nature of Things on October 13th, filmmakers JÃ©rÃ´me Julienne and John Jackson dive into dolphin intelligence and how their smarts can lead to astonishingly resourceful behaviours.

Dramatic footage from New Zealand reveals wild orcas learning to eat stingrays while avoiding a nasty barb in the face. In Western Australia, bottlenose dolphins use a sea sponge, an animal, as a protective glove to scare up fish in coarse sand. Off the coast of South Africa, tens of thousands of dolphins cooperatively hunt massive bait balls of sardines. 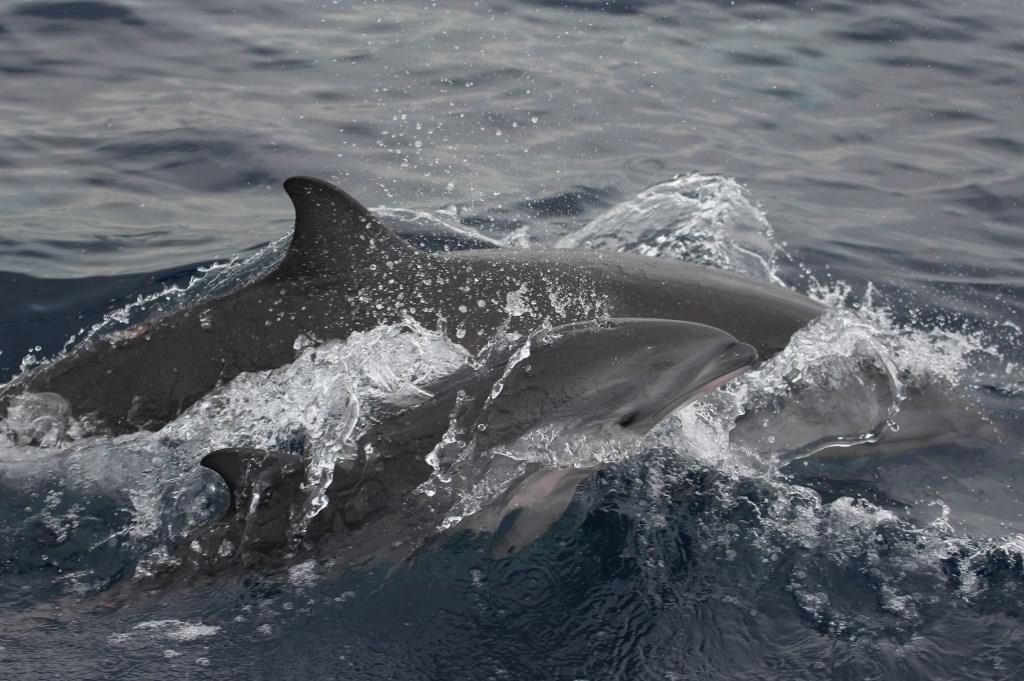 Wild dolphins do show novel complex behaviours but what does that mean when we define “intelligence” in human terms? (Photo: Josh Silberg)

Along with scientific research from the wild, the filmmakers show dolphins’ apparent affinity for humans using a story about a pod of dolphins that “saves” a long distance swimmer from a shark. If we see dolphins as intelligent, human-loving creatures then this narrative makes sense. But interpreting these actions as an altruistic, interspecies miracle is partly based on our preconceived feelings about dolphins.

Because an observation precedes a result does not mean that one caused the other. In statistics, a common idiom is “correlation doesn’t imply causation”. The website Spurious Correlations outlines some quirky correlated relationships to illustrate this point.

A wild dolphin doesn’t have to count dots or recognize itself in the mirror.

To further highlight dolphins’ intelligence, the film also delves into several studies that use captive dolphins as subjects. Researchers challenge them to the classic animal self-awareness test – the mirror. An animal is presented with a mirror and tasked with showing that it can recognize the reflection as itself rather than another animal. The dolphins pass.

Few other animals pass the mirror test. Only one individual elephant has ever passed. Even the smartest dogs fail. However, the mirror test is purely visual. Dogs potentially fail because their primary senses are smell and hearing. Other animals get so caught up in aggressively posturing at the mirror that they never reach a mental state to evaluate the situation calmly. Unfortunately, that evenly matched opponent in the mirror never backs down. We are testing the animals’ intelligence based on human terms. 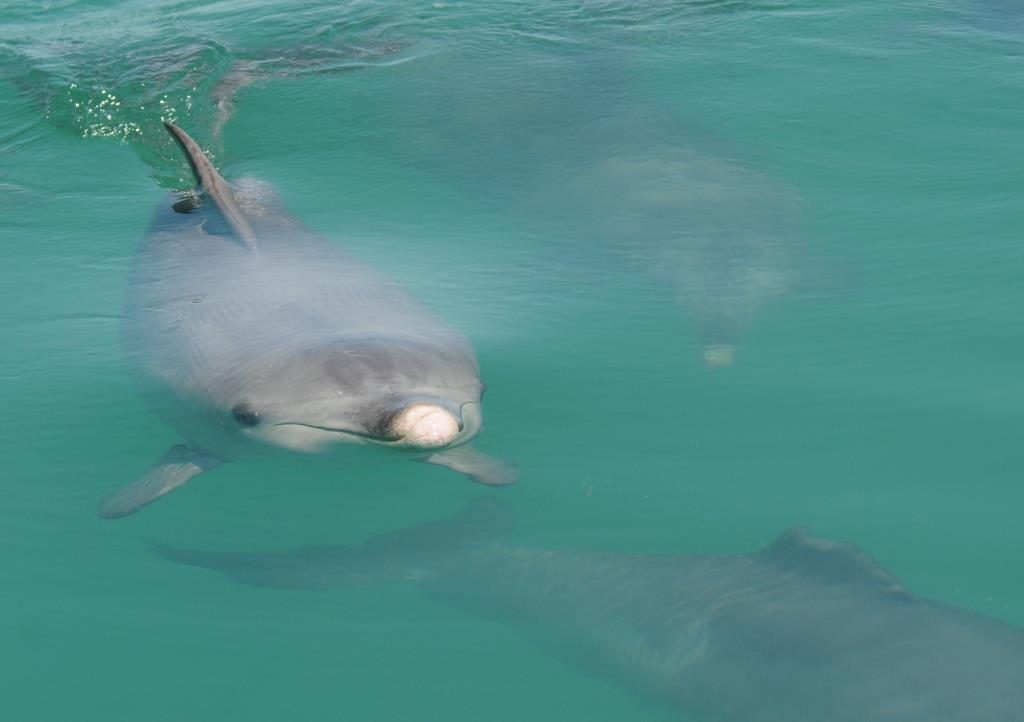 Is this dolphin being friendly or aggressive? How we interpret its behaviour partly depends on our preconceived notions about the animals. (Photo: Josh Silberg)

Comparing intelligence between animals is rife with bias. Studies on captive subjects differ from studies on wild subjects in important ways. A wild dolphin doesn’t have to count dots or recognize itself in the mirror. The film would have benefitted from a sceptical scientist who evaluated the studies on captive subjects. For instance, a recent Russian study, which was widely reported in the media, purported to show two dolphins having a “conversation” with each other. However, on closer review, the experimental design was flawed and the results appear less convincing.

The film succeeds in its goal of demonstrating that humans aren’t the only intelligent animals on the planet. It includes stunning footage of novel behaviours in the wild, and some intriguing experiments in captive arenas. Dolphins are undoubtedly clever creatures, but we cloud our perception of a complex species by judging them through a purely human lens.

Such simplistic comparisons diminish the subtleties and talents of other animals. A pigeon, not exactly the poster child for braininess, outperforms humans on certain spatial tests. So if we could have actual conversations with dolphins, we might discover that they’re smarter than we ever imagined.