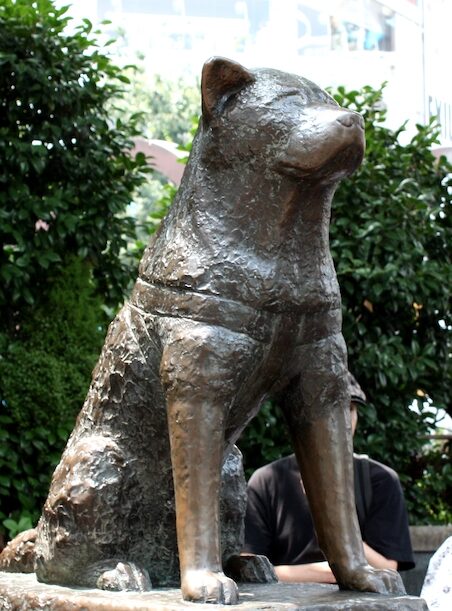 The statue of Hachiko in Tokyo, Japan. Image by soberch, CC BY-NC-SA 2.0

You may have heard the story of a dog named Hachiko. Hachiko met his owner at the train station every day like clockwork to walk home with him. However, one day, his owner suffered a tragic accident and never came home again. Despite his owner’s death, Hachiko showed up at the station at the time when his late owner’s train was due to arrive every day for nine years. Today, Hachiko is considered a symbol of loyalty in Japanese culture.

Was his loyalty due to love, a deep sense of attachment to his owner, or simply habit? And if our dogs do have feelings, why is this important for us to know?

Do animals really have emotions, or is it simply wishful thinking on our part? Researchers interested in the question of emotions in primates and nonprimates have attempted to answer this question using various experiments. When shown emotional stimuli such as facial expressions, dogs tended to avoid pictures with negative facial expressions compared to neutral ones. Also, dogs look at facial expressions with a matching sound (for example, a happy face with a positive-sounding vocalization) longer than when the expression and sound are mismatched. This research shows that dogs can combine these two emotional cues into one, indicating that they can recognize and categorize emotions on some level.

Gregory Burns and his colleagues in the United States used fMRI brain imaging to analyze a dog’s brain activity when presented with several smells. The caudate nucleus of its brain, which is involved with positive associations, was activated when the dog smelled people from its household, indicating that the dog had more positive associations with familiar people. It is important to note that the person was not present during the experiment.

This experiment shows that the dog recognizes the smell of a familiar person and has a positive association with it, without that person being physically present. The researchers likened this to the positive response people have seeing pictures of their friends and family without the person in the photo being present.

Do dogs feel empathy? A review of the relevant literature found that dogs can recognize emotions in other species, including human beings. This ability increases their chances of survival by improving their communication with members of their species. It has also allowed for the co-evolution of humans and dogs, creating a strong bond between the two species. 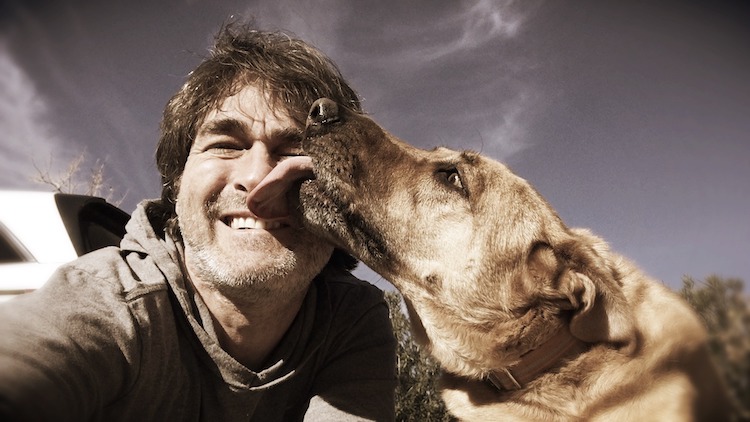 People share a special bond with their dogs. Image by Roman Michael Gottfried from Pixabay

Various studies support the idea that dogs are capable of empathy. This conclusion is based on looking at prosocial behaviour and a dog’s ability to differentiate between positive and negative sounds. A study on a dog’s helping behaviour found that when a dog heard their owner crying or making other distressed sounds, they opened the door much faster than when their owner made a neutral sound.

However, not all of the researchers support the idea of animal empathy. Dr. Krista MacPherson, a researcher at the UWO Dog Cognition Lab, at Western University, explains that anthropomorphizing animals — giving them human-like characteristics — is a trap many people fall into with their dogs. Researchers caution against using the term “empathy” when referring to dogs, because they do not think that animals have consciousness or the ability to understand how others feel, two attributes thought to be necessary for empathy. However, dogs may exhibit “empathy-like” behaviour.

Various labs in Canada are devoted to understanding different aspects of cognition in dogs. The Canine Cognition Lab at the University of Toronto focuses on understanding how dogs learn and how they make decisions. They hope that by understanding how canine minds function, they can better understand our four-legged friends and potentially improve dog training programs.

The UWO Dog Cognition Lab at Western University also explores canine cognition and how dogs interact with the world around them. MacPherson has done research on how dogs respond if their owner is in crisis. She found that dogs do not look for help if their owner is in distress. This result was the same whether the person is in the same room or a different one. MacPherson also looked at meta-cognition in dogs. She wanted to determine if dogs are aware of how much they know. She found that dogs do very well on human-driven tasks but very poorly on non-human-driven tasks. While this does not indicate whether or not dogs have empathy or have empathy-like responses, it is clear that the two species share a special bond.

There are ethical implications related to the question of a dog’s capacity for empathy. If dogs do experience empathy and higher levels of cognition, then we need to pay more attention to their well-being and make sure we do not cause them undue suffering.

According to Julia Espinosa, a Ph.D. candidate at the University of Toronto, there are legal implications for the dog-person relationship. Even though many people consider their dogs to be family members, their animals are technically property and have no rights. More concrete evidence for the rich levels of cognition that dogs have is required to give them more legal standing. She also emphasizes that canine cognition and empathy research can inform how we care for animals, especially at shelters.

Our relationship with dogs is centuries old. We have anthropomorphized these animals and tell ourselves that our dogs love us. New research is shedding light on what dogs feel. This knowledge could improve our pets’ wellbeing and result in a deeper understanding of the dog-human relationship.