HM is not, as you might think, a clothing store. He is instead one of the most celebrated patients in neuroscience â€“ a key case study in our understanding of how the brain encodes memory. However, the lessons his case can teach us about memory extend far beyond the brain.

Henry Molaison, whose name was revealed after his death in 2008, developed debilitating epilepsy following a childhood accident. His frequent, severe seizures were localized to a few areas of his brain. In 1953, when he was 27, HM’s doctors removed his medial temporal lobes, hippocampus, and adjoining structures, as recommended by the standards of care at the time. This was partially successful in treating his epilepsy, but it left him with another problem: he couldn’t form new memories. 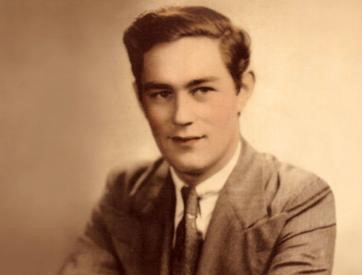 Henry Molaison in 1953, before the surgery that resulted in his inability to remember. Image: Wikimedia Commons Fair Use: this image is low resolution (copies made from it will be of very inferior quality) and is being used only for informational purposes.

Canadian neuroscientist Brenda Milner was one of the original researchers to report on his case. Now a centenarian and still active in supervising research, Milner is something of a living legend within the Canadian research community. Her work with HM not only clarified how memory works, but also ensured that such destructive surgical techniques were not used on future patients. Milner came to work with HM through her research on patients with temporal lobe damage. At the time, she had no way of knowing that this single, remarkably cooperative patient would provides decades of research material for her and her student, Suzanne Corkin. Over her long career, Milner also worked on hearing, speech processing, bilingualism, handedness, and other areas. 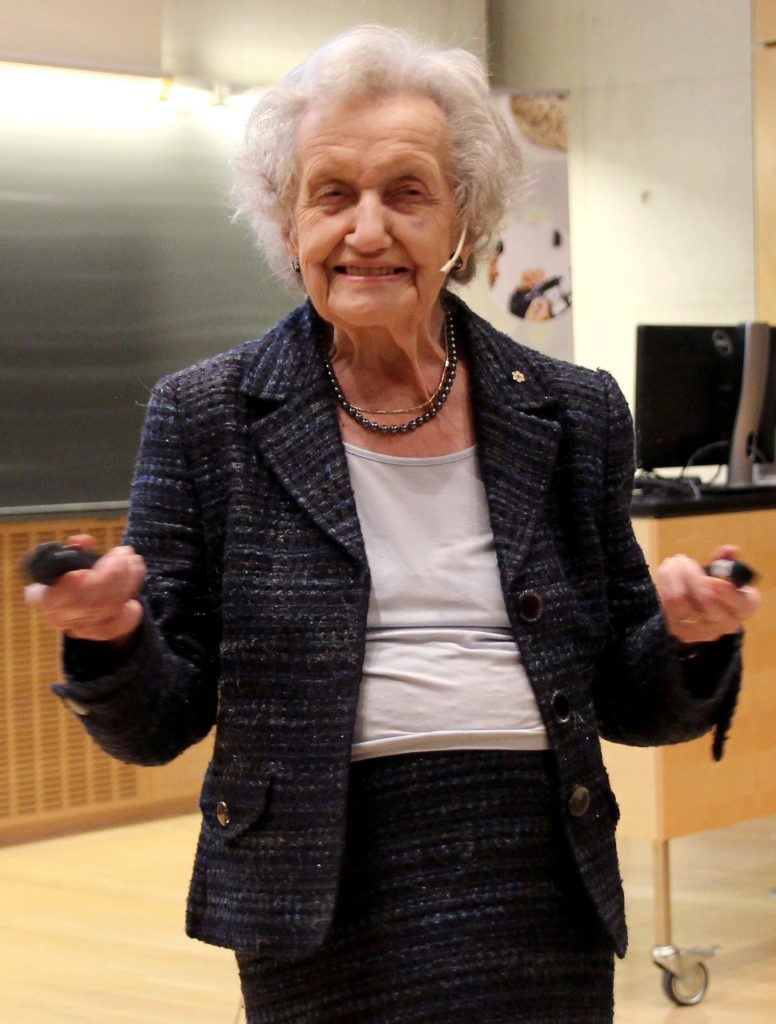 Dr. Brenda Milner in 2014, after winning the Kavli Prizein neuroscience for her work in memory. Image: Per Henning/NTNU CC BY 2.0

So what actually happened to HM’s memory, and what can we learn from his experience?

After he woke up from surgery, doctors found HM had no memory of the past two or three years. And his ability to form new memories was broken: nurses had to show him the way to the bathroom every time he needed to use it. He couldn’t remember if he’d had lunch, what season it was, or a joke he had told a minute ago. He couldn’t even remember he was part of a decades-long medical investigation.

Henry Molaison couldn’t remember anything, but he could still learn. The most vivid example of this was a mirror-tracing task. This is a difficult task for anyone: subjects are asked to draw a star, but their hand is concealed from view, with only a reflection visible. It’s frustrating and counterintuitive, but the drawing can be improved with practice. As with healthy subjects, HM’s final attempt was almost perfect.

Unlike healthy subjects, HM had no recollection of the previous practice runs. “That’s strange,” he said. “I thought it would be difficult, but it looks as though I’ve done it rather well.”

For Milner, this highlighted that there are different pathways for different types of memories. Conscious, explicit “declarative memory” â€“ the type needed for facts and dates and conversation â€“ is stored differently from “procedural memory”, which is the unconscious knowledge of physical skills such as riding a bike or tracing stars in a mirror. HM’s impairment affected the first, but not the second, showing that the hippocampus is needed to encode declarative memory. Although more than just HM’s hippocampus was removed, Milner was able to isolate this function to that region of the brain by comparing HM’s case to other patients whose hippocampi were intact.

Interestingly, the difference between these types of memory or knowledge matches loosely with a linguistic separation that some languages have. For example, Scots English has “to ken” for knowledge of people, places, and skills, and “to wit” for more explicit knowledge or awareness. Similarly, French has “connaÃ®tre” and “savoir” â€“ in this case “savoir” includes skills as well as facts, but the distinction still recognizes more types of memory than we do in Standard English. 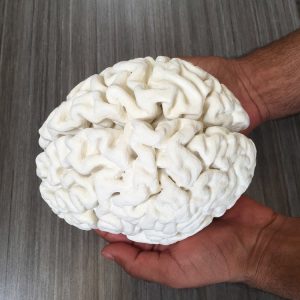 Models of HM’s brain can be obtained from The Brain Observatory.

HM has been called the “most studied patient in neuroscience.” Not only did he have a fascinating condition, but it was meticulously documented. This was made possible by his friendly disposition, which was very helpful to the researchers who studied him. And the research continues: a comprehensive archive of images and histological slides of his brain is online and freely available.

Beyond the research itself, HM’s story is part of the foundation of the modern understanding of memory. It is one of the starting points of the book Adventures in Memory, by Hilde and Ylva Ã˜stby. These sisters, a novelist and a neuroscientist, have collaborated on this work of narrative non-fiction, released this month by Vancouver’s Greystone Books. The book is very poetic, interleaving neuroscience with literary classics and personal recollections. The result is much more introspective and emotional than other works on the subject, which can be more obsessively technical but less relatable. However, Adventures in Memory does make certain assumptions about its reader: a much greater familiarity with the literary canon than with introductory neuroscience, and a willingness to pursue long digressions. Readers that don’t match this profile may become frustrated at times, but will still find plenty to enjoy; far-reaching subject matter is intricately tied together, and all kinds of memory are examined. 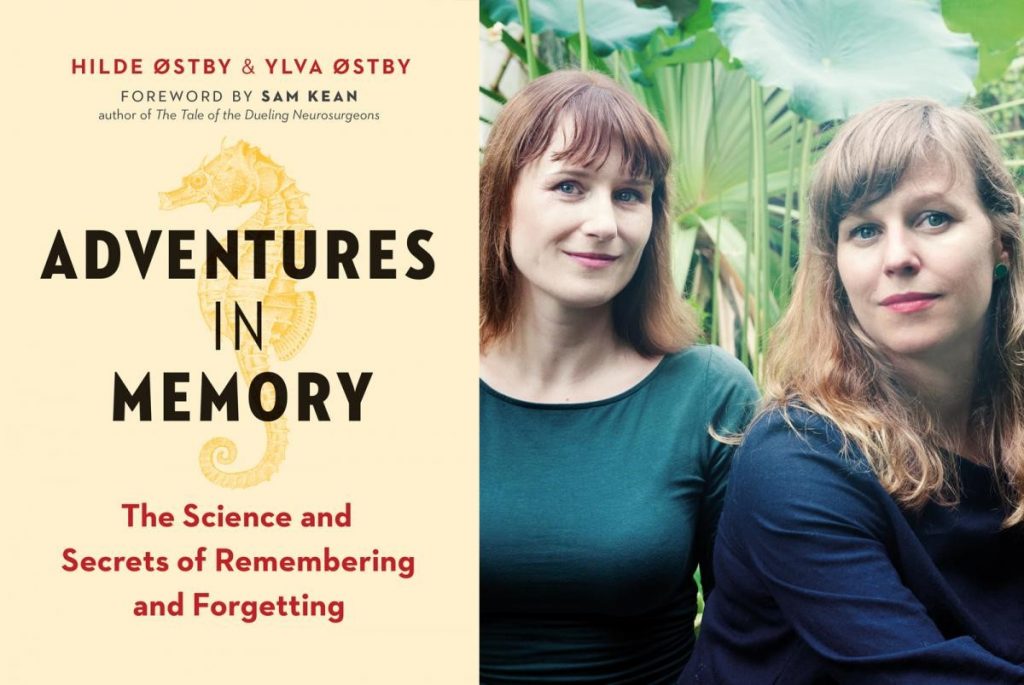 Adventures in Memory is a recent book that uses HM’s story as a starting point to delve into many facets of memory. Images: Greystone Books and Anna-Julia Granberg.

When it comes to memory, we have a lot to think about. Henry Molaison, the man with no memory, taught us much of it, through the careful observations of pioneering Canadian neuroscientist Brenda Milner. But it’s not just science that can tell us about memory â€“ literature, and a careful probing of the stories we tell ourselves and each other, are there to guide us down memory lane.

Featured image: The hippocampus is a region of the brain that is key to forming and consolidating memory. It got its name from its seahorse-like shape; this connection is explored by the authors of Adventures in Memory. Image: CC BY SA Laszlo Seress