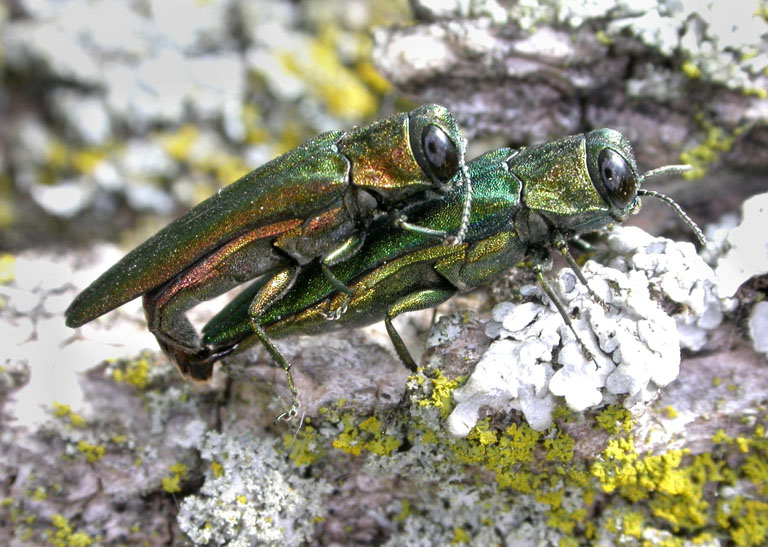 Buy local. Burn local. Don’t move firewood. This is not just another green slogan put out by conservationists in the new year. Allow us to explain…

Many people have heard about how non-native invasive species, including insects and plants, are one of the greatest threats to Canada’s biodiversity. Lately, a non-native and invasive beetle species called the emerald ash borer, which, at about 10 millimetres long, is not much bigger than a large grain of rice, is becoming an epidemic.

Having already destroyed tens of millions of ash trees in eastern North America, the emerald ash borer continues to spread rapidly, threatening forested areas. It is having a significant ecological, social and economic impact, including tree-removal costs and public safety hazards.

In November 2017, emerald ash borer was discovered in Winnipeg, several hundred kilometres west of the nearest previously known location. It is devastating news that Winnipeg is at risk of losing 350,000 of its ash trees over the next 10 years due to this invasive beetle. This is not just an urban issue â€• emerald ash borer will have an incredible impact on Manitoba’s natural areas and species.

This fall, the International Union for Conservation of Nature (IUCN) updated its Red List of Threatened Species. The Red List now includes five of Canada’s ash species as critically endangered because of emerald ash borer, including both of Manitoba’s native ash trees: green ash and black ash.

If this beetle continues to spread through our forests, we could be witnessing the functional extinction of ash, as well as the unique webs of life they support. The species may not go extinct, but it would no longer be important to the ecosystem. Ash are a major part of several key ecosystems in Manitoba:

Emerald ash borer will impact not just the trees, but also the hundreds of species that live in these ecosystems, including rare plants. Ash-dominated forests along streams, rivers and lakes help filter runoff, capture sediment, slow erosion, provide shade and other benefits. Trees also clean our air and help fight climate change by absorbing and storing carbon.
In addition, the rapid loss of ash trees creates open areas in woodlands, where invasive plants can establish and spread.

Emerald ash borer insects lay eggs in clusters on the bark of ash trees. About 10 days after the eggs are laid, larvae emerge and burrow their way beneath the bark, leaving distinctive “S-shaped” tunnels on the surface of the wood. These tunnels are visible when the tree’s bark cracks and splits as the infestation grows worse. Larvae become adult beetles that chew their way through the bark and leave “D-shaped” exit holes. The larvae feed on the inner bark, interrupting the flow of water and nutrients. As a result, an infected ash tree can be lost within a few years.

Common signs and symptoms of infection include general tree decline and the loss of green colour in its leaves, D-shaped exit holes and gradual dying of the branches, starting in the tree crown or tips and thinning in the tree canopy.

One hitchhiker to avoid

Although the emerald ash borer does not usually fly far on its own (flying approximately 10 kilometres at most), it will hide in firewood, logs, branches, nursery stock, chips or other ash wood and can come along for a ride if it’s being transported.

To help prevent its movement, do not transport firewood. While moving firewood from one spot to another – even if just a short distance from a campground or cottage – may seem harmless, it can spread pests and diseases. Emerald ash borer can limit your ability to enjoy the environment around you and decrease property values. Early estimates indicate the cost to remove and replace ash trees in Canada could reach $2 billion over 30 years. The broader cost to our forested areas and the species they support may be immeasurable.

What NCC is doing to help protect Manitoba’s ash forests 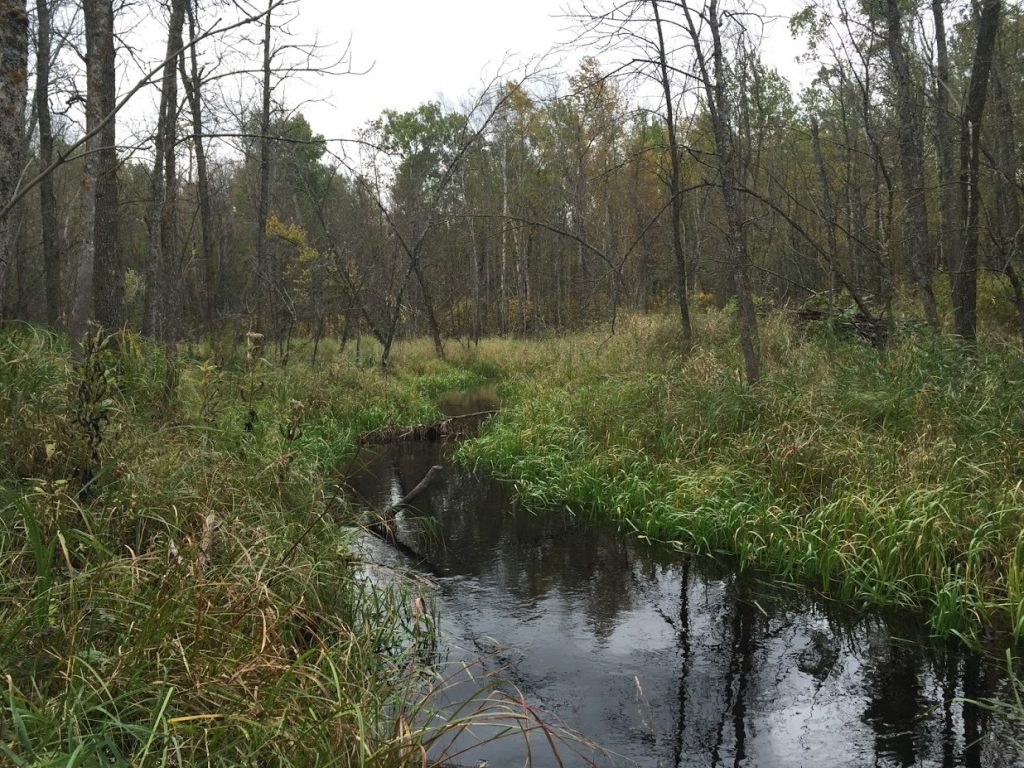 For the past 40 years, the Nature Conservancy of Canada (NCC) has worked with willing private land owners across Manitoba to protect sensitive areas. This important work is supported by individuals, corporations, provincial agencies, the Government of Canada’s Natural Areas Conservation Program and others. As a charitable land trust, our conservation efforts help ensure that nature’s species survive. Monitoring and maintaining the health of existing ash forests is critical for their recovery, along with preventing the spread of invasive plants and restoring the banks of streams when mature ash die. Although the emerald ash borer may be too well entrenched to be eradicated, an integrated approach could delay, reduce and potentially control the damage it does.

This post was written collaboratively by Cary Hamel, conservation science manager for NCC’s Manitoba Region, Julie Pelc, NCC’s manager of stewardship programs in Manitoba, who is also chair of the Invasive Species Council of Manitoba and a board member of the Canadian Council on Invasive Species, Andrew Holland, national media relations director, NCC, and Dan Kraus, senior conservation biologist at NCC.