Science Borealis wouldn’t be where it is today without our dedicated team of subject editors. Every week, a different editor writes a highlights post for the Borealis Blog. Editors also help with guest post series and promoting the site, and are instrumental in bringing new ideas to the table as to how Science Borealis could do things in the future.

As part of our first anniversary celebrations, we’d like to take the opportunity to introduce you to our behind-the-scenes editorial team, and give you a chance to get to know them! 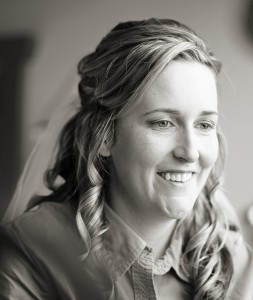 Catherine has turned a PhD in Medical Genetics into a varied career that involves lecturing and working with second-year medical students at the University of British Columbia, and designing and running the Future Science Leaders enrichment program at Science World. She believes that science is a process, and not a test of memorization. She blogs at genegeek, and tweets at @genegeek.

Alex is a Senior Conservation Scientist at the Royal Society for the Protection of Birds (RSPB), in the UK. He grew up in New Brunswick, where he fell in love with the outdoors. During his masters at the University of New Brunswick, he also came to appreciate lab analyses and their usefulness in answering ecological questions. He now does a blend of rugged field work and careful lab work. Alex blogs at The Lab and Field, and tweets at @thelabandfield. 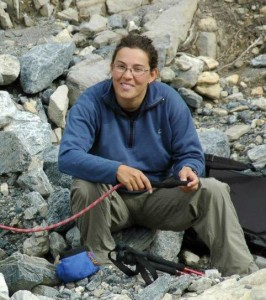 Sarah has straddled the worlds of freelance writing/editing and academic science for the past 15 years. She spent seven years as a professor of environmental science, and has studied science, nature, and creative writing with a range of Canadian authors. She is currently a freelance science writer and editor, and blogs at Watershed Moments. Find her on Twitter at @snowhydro. 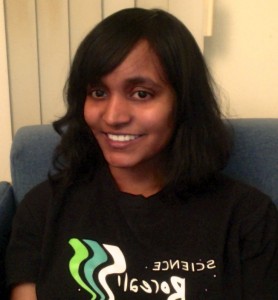 Aadita is a renegade University of Toronto chemical engineering graduate who is now pursuing a Masters in Environmental Studies at York University, with a specialization in environment and culture. She enjoys science communication, feminism, history and philosophy of science, literature, film, art, and music. She blogs about her adventures in academia and the world at The Thylacine Reports, tweets at @ThylacineReport, and can often be found wandering around Toronto’s various science, art, and Southeast Asia-related events. 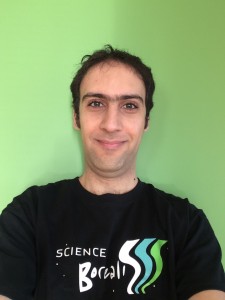 Kasra learned as much as felt he could from working in a research lab, and is now exploring alternative careers in science and health. Science communication is his passion, and joining Science Borealis has been the best part of it. He tweets at @Parasitediary.

Hannah is a science journalist who writes for Nature, Discover, Maclean’s, Canadian Geographic, and a host of other publications. She originally trained as a molecular biologist and studied rare diseases. Now she writes about climate science, conservation, genetics, global health, and pretty much anything else that piques her curiosity. You can find her on the web at Hannah Hoag, and on Twitter at @hannahh. 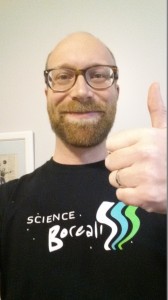 Tyler is a chemical engineer who has evolved into a freelance science writer and communicator. He’s written everything from award-winning magazine articles to display copy for museum exhibits and much in between. He blogs at Scientific Canadian and tweets at @tylereirving.

Jeremy is a PhD student in math at the University of Toronto, studying the mathematical aspects of dynamical systems, such as pendulums and spinning tops. His favourite mathematicians are Vladimir Arnold and Mikhail Gromov. As the math & stats editor, he aims to explore the footing on which modern mathematical theories are based, and the common ground on which other scientific disciplines also stand. Find him on Google+.

Pascal is an editor and science journalist for Agence Science-Presse. He is the author of a few books, including Les Nouveaux journalistes, about the state of freelance journalism, and Guide de vulgarisation, a guide for scientists and writers willing to write for a larger audience. He also (sometimes) blogs about the mutations of science journalism in this Science 2.0 context. And according to some students, he teaches. He blogs at ASP and tweets at @paslap.

Meet the other half of our editorial team next week Thursday, and stay tuned the week after to meet our core team. And if you haven’t already, write something for our blog carnival!