In 2016, 29,000 tonnes of plastic entered Canada’s marine ecosystem. That may sound like a lot, but it amounts to only one per cent of the country’s total plastic waste. Experts estimate that, by 2050, there will be about 12,000,000 kilotonnes of plastic waste in the global environment. A wealth of research outlines the harmful consequences of plastic pollution.

Statistics like these illustrate the urgent need to decrease the amount of plastic we use and learn more about the adverse effects of plastic pollution on people and the environment. In June 2019, the Government of Canada announced that it would ban certain single-use plastics, and in January 2020, it published a list of these plastics. The plastic products on this list will be banned by the end of 2021, which will bring Canada one step closer to achieving its goal of zero plastic waste by 2030.

In addition to the ban, the government is focusing on increasing public awareness about responsible plastic use and the dangers of pollution, holding companies accountable for disposing of their plastic packaging and products, and investing in infrastructure and innovation to support responsible plastic management. These actions will not make Canada entirely plastic-free; instead, the focus will be on promoting recycling and recyclable content and changing waste management systems to keep plastics in use for as long as possible.

Canada currently recycles only about 10 per cent of the plastic waste produced here, so this initiative is important. However, the ban only encompasses certain types of macroplastics, pieces of plastic larger than 5 mm. It does not include microplastics, much smaller pieces of plastic that can have many negative consequences when released into the environment. 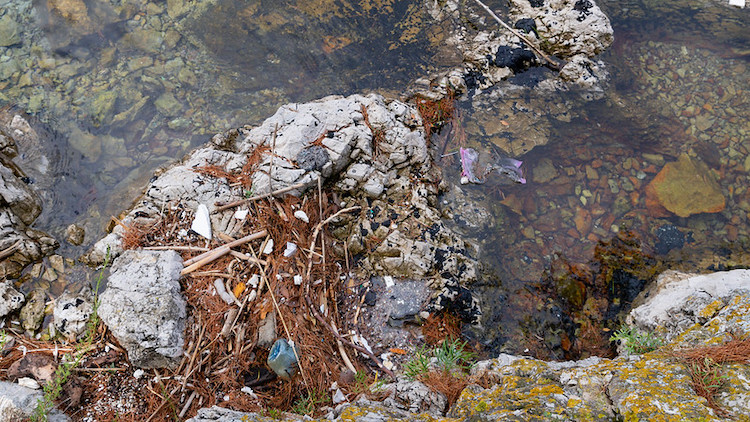 Secondary microplastics are common in the environment and may cause a variety of problems. Image by dronepicr, CC BY 2.0

Secondary microplastics are common in the environment and may cause a variety of problems. They are consumed by organisms at all levels of the food chain, causing harm to different types of organisms in a variety of ways. For example, when marine animals ingest microplastics, they fill up their digestive systems, causing them to feel full even though they are not. This situation can lead to poor nutrition and even starvation. Microplastics also harm some deep-sea fish that ingest them when they feed near the surface. The microplastics increase their buoyancy, making it difficult for the animals to return to their natural habitat, which may eventually result in death.

In addition to harming organisms, microplastics release harmful chemical compounds into the environment. Nonylphenols and bisphenol A are dangerous compounds that can leach out of decomposing microplastics and bleed into the soil or water system. These toxic substances may then be consumed by organisms, causing inflammation and problems with their endocrine and reproductive systems.

Humans also consume microplastics. According to a 2019 World Wildlife Fund report, the average person consumes about five grams of plastic every week. Drinking water is the largest source of ingested plastic; other potential sources include shellfish, beer and sea salt.

Microplastic contamination is an issue worldwide, even in regions as remote as the Arctic. Researchers found microplastics in 90 per cent of all surface water samples they took in the Arctic and 85 per cent of the sediment samples. Finding microplastics in this sparsely populated region indicates that plastic pollution is highly mobile and everywhere.

How do microplastics get to the Arctic? Chelsea Rochman, an assistant professor at the University of Toronto, and her team set out to answer this question. They collected water samples in July and August 2017 from several locations in the eastern Canadian Arctic. Rochman wanted to know if the microplastics found there came from local communities or further away.

The team found no correlation between the microplastics in local communities and those in the water samples. They concluded that the water sample microplastics likely ended up in the Arctic via long-range transport. This result is concerning because it means figuring out the source of microplastic pollution in the Arctic will be extremely difficult. Rochman’s research shows that plastic and more specifically microplastic, management is a global problem, and solving it will require international cooperation. 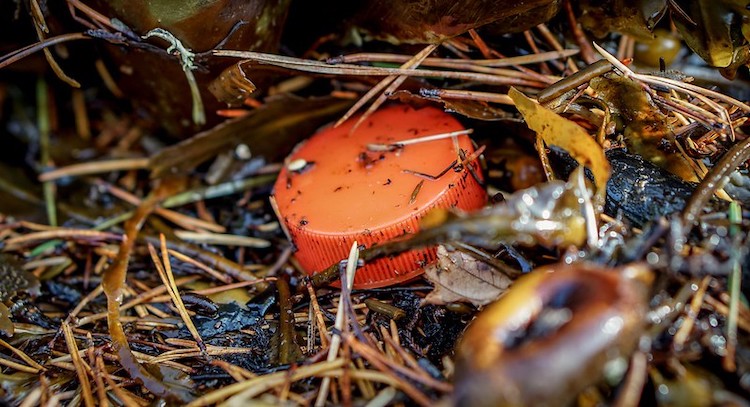 Canada has launched several initiatives to address the growing amount of microplastic pollution in the environment. Image by Caasp1, CC BY-NC-SA 2.0

To address the issue, Canada has launched several initiatives, such as Canada’s Plastics Science Agenda (CaPSA), which aims to identify opportunities for and increase research on ways to change Canada’s plastic consumption. The Plastics Science Agenda emphasizes the importance of characterizing both the plastic waste itself and its impact on the environment.

It also aims to identify ways to reduce our plastic use or make it more sustainable. This goal will be accomplished through collaborations across sectors and disciplines and will involve communities around Canada that are already engaged in plastic clean-up. Efforts to address plastic waste and pollution will require:

Canada has been a key player in plastic research in recent years. But there is still much work to be done before we fully understand how harmful microplastics are to living organisms, including us.