Open science is a movement that encourages scientists to freely share their data, tools, and infrastructure to foster collaboration and accelerate research. Many forms of open science have been gaining traction over the last decade. For example, in 2009, mathematician Timothy Gowers posted a complex unsolved math problem on his blog and invited readers to share their ideas. Dozens of mathematicians all over the world worked together and found solutions.

This is one example of how science can be collaborative, transparent, and efficient. However, the way that science is currently done and communicated is not conducive to sharing data or allowing free access to the published results. The prevailing culture of “publish or perish” prioritizes publishing and competition over collaboration. The pressure to publish can result in paper retractions due to the falsification of results, bias towards positive results, and the inability to replicate research findings.

The life cycle of scientific research

To understand the barriers to open science, let’s first consider how science is funded, conducted, and communicated. In the life cycle of scientific research, scientists design experiments to answer a question. They apply for grants to fund these projects, typically from the government, non-profit organizations, or foundations. Once a project is funded, data are collected and results are interpreted. Scientists then write papers based on their results and pay a fee (sometimes thousands of dollars) to publish those results in academic journals. These publications are the currency of the scientific world; the more published papers, and the higher the journals’ impact, the better it reflects on the scientist. In turn, more prestige makes it more likely for a scientist to be awarded new grants in the future. In the final step of the cycle, new ideas are generated based on the results of the published papers, and the grant application process begins again.

The Open Science movement pinpoints practices within the life cycle of scientific research that could be improved. For example, when it comes to designing a study or project, research may be duplicated if two separate groups are working on the same research question. Although being able to replicate experiments is important, in cases such as clinical trials it is also important to minimize patient exposure to potentially harmful treatments. To address this, pre-registration of studies is encouraged. With study pre-registration, scientists can outline their research plans and stake claims on their research ideas. Moreover, with documentation of study design and analysis, there may be more accountability, which limits questionable research practices. Pre-registration could reduce the waste in resources from duplicated studies, although it is not foolproof, and duplications can still occur. 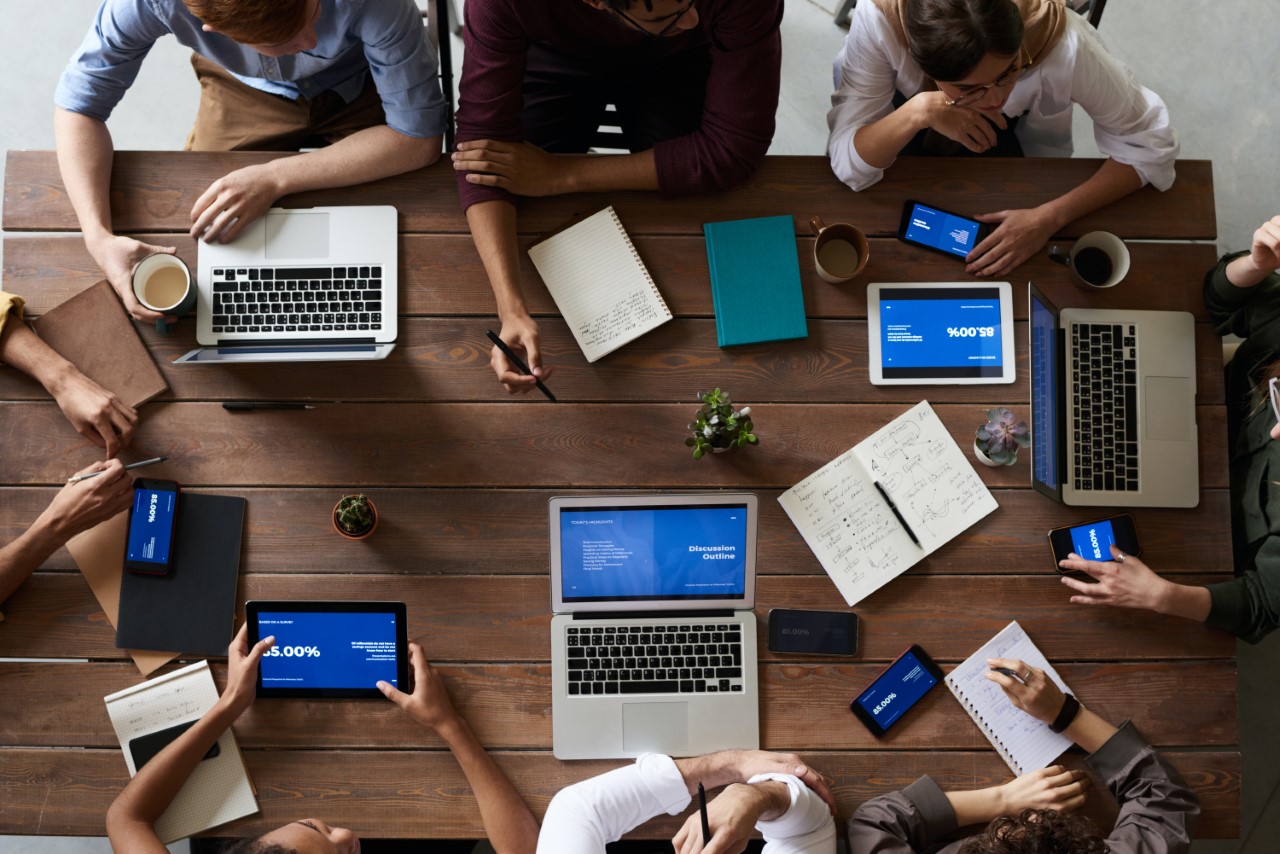 Coordination, cooperation, and communication are key to facilitating science and moving towards open science. Photo by fauxels from Pexels, CC0

Scientists collect a wealth of information that could potentially be reused by other scientists. The “open data” movement aims to make such data publicly available. This would allow for reuse while also preventing researchers from falsifying their results and allowing other scientists to test how replicable the research is. Canada has a repository of open data sets, including those of various government departments. Academic institutions such as the University of Calgary and McGill University have dedicated centres to help them adopt open data practices. There is a related movement towards “open source”—the sharing of source code for analyzing data—which helps foster the replicability of studies. Repositories such as Github have facilitated source code access for scientists. Although the scientific community can be more productive by sharing data and code, there are some limitations to openly sharing them. This includes the cost of data management and concerns about the privacy and confidentiality of patient information. There is also a movement towards Indigenous Data Sovereignty, in which Indigenous peoples can keep and control the data and knowledge created with or about them.

Not everyone can read or download published research papers for free. Papers from many journals are behind a paywall. Readers either need to be affiliated with an institution that subscribes to the journal or pay a fee to read the paper. Since most research is publicly funded, many researchers argue for open access to these studies.

Currently, there are different tiers of open access that offer varying levels of access. In some cases, scientists are required to pay an extra fee to make their articles open access. This cost deters many scientists in low-income countries from choosing this option. Critics have questioned the need for high publishing fees when print publishing has, for the most part, been phased out in lieu of digital publishing. Publishers justify the costliness of publishing by claiming they are ensuring the quality of the articles, even though they don’t compensate peer-reviewing by other scientists. When publication fees are not a deterrent, many scientists still choose not to publish in open access journals because these are viewed as less prestigious.

Open-access pre-print servers such as BioRxiv are available for scientists to share their research and increase the visibility of their work, but these articles are pending peer-review and may contain methodological flaws. There is a danger that news outlets and the public will take these findings at face value. Amplifying potentially flawed findings, such as with the hydroxychloroquine treatment for COVID-19, inadvertently shifts the focus away from more promising research.

How are we moving towards open science?

The momentum for open science is increasing, but to accomplish real change, we need a cultural shift, including more incentives for engaging in open science, and funding to support open access publications. We also need more investment to build the infrastructure to support open science, such as data management and tools for collaboration.

That change has begun. Canadian government policies now require publications that received government funding to be open access within a year of publication. The Canadian government is also funding various open science platforms such as the Canadian Open Neuroscience Platform. Donors are funding initiatives such as the Tannenbaum Open Science Institute at McGill University, an institute dedicated to sharing data and encouraging open science practices. In 2020, Canada’s Chief Science Advisor published a Roadmap for Open Science outlining recommendations for making science open and accessible, including stakeholder consultations and the appointment of a Chief Scientific Data Officer to provide leadership and coordination of open science practices. The steps Canada is taking towards Open Science will cause us to move forward with unprecedented speed—and it’s about time.

Feature image: Our current systems limit access to and communication of science. Photo by Masaaki Komori on Unsplash, CC0