In the past five years, research into organoids has attracted a lot of attention from scientists, engineers, and journalists alike. But what are organoids? Why are they made, and how can they be useful?

Our bodies develop from stem cells, which grow, divide, and create all of our tissues and organs. In 1998, researchers were able to isolate the earliest human stem cells – embryonic stem cells – which form our entire organism.

It wasn’t long before scientists realized the potential of embryonic stem cells to lead to breakthroughs in biology, medicine, and biomedical engineering. In theory, the discovery meant we could now generate a range of human cell types in a dish, study how they develop, and most importantly, study what happens when they’re affected by disease. Researchers could then attempt to reverse disease processes, and perhaps even find new therapeutics for incurable maladies such as neurodegenerative disorders and organ failure. 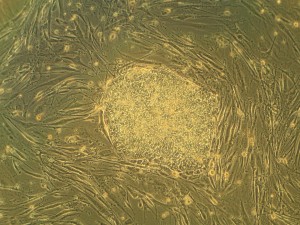 Unfortunately, reality soon came knocking on the door of this scientific discovery. Creating a range of cells and tissues was difficult because we didn’t have comprehensive knowledge of the complex array of parameters and signals nature required for their development. And when we did manage to produce such cell types in the laboratory, we did so in an utterly simplistic manner: the cells were grown as a layer on a plastic dish, barely resembling the architecture hidden in our body. The interactions between the different cell types that make up a tissue, as well as the role of the non-living matrix that surrounds them, couldn’t be studied. As a result, the majority of these cell types were not as representative of the cells within our bodies as we would have liked.

An organoid, however, is a multicellular structure bioengineered from stem cells in a dish, and is very similar to a piece of real human tissue in terms of architecture and cellular composition. As you can imagine, it looks cool and has therefore enjoyed a considerable amount of fame in the press.

But that’s not why scientists like these structures. Since we can now grow small pieces of human tissue in the lab, we can investigate how they develop and what goes wrong when they’re subject to disease. Since these structures closely resemble their counterparts within our body, we can use them to find new drugs that block disease processes and have better chances of working clinically.

Organoids could also be used as a source of human cells for transplantation studies. Although we’d need millions – or even billions – of cells to have a chance of achieving a therapeutic benefit in a human, numbers are not an issue since organoids are generated from stem cells, for which there is an unlimited supply. 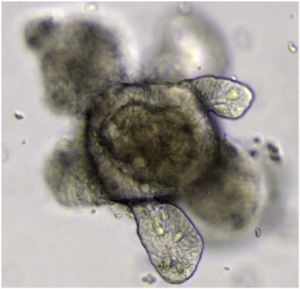 Blindness and diabetes are the first diseases that have been subject to clinical trials on cell transplantation using embryonic stem cell-derived products. The scientific community anticipates the results of these trials with great excitement because, even though the cells used in these trials weren’t derived from organoids, a successful outcome would be encouraging for the field in general, and pave the way for similar treatments to reach the clinical trial stage.

Organoids have been revered by researchers and journalists alike as the next step forward in translational research, and they may very well find that purpose. Although challenges remain, one thing is very clear: this is only the end of the beginning for this fascinating field of science.

Some related technology & engineering posts from the Science Borealis feed: