It’s that time of year again when our editors reflect back on the Science Borealis members’ posts and blogs they’ve been following all year and select their favourites.

Choosing isn’t easy. Science Borealis now boasts a membership of 122 blogs — about a dozen up from last year. Together, this year, our members have posted over 4,400 posts, with two weeks still to go. That’s an average of about 3 posts per month per blogger.

So congratulations and thank you to all of our bloggers for some very fine science communications this year!

Now, let’s get on to those Editors’ Picks!

“Sean McCann wields a camera like a scientific weapon, capturing not only the stunning, but the unusual and educational. His exotic locales are like a Wonderland, especially when we can be transported to an equatorial jungle in the middle of a Canadian winter. Besides being envious of his locales, we appreciate the biodiversity of his subjects. Turns out that Ibycter is the genus name for the Red-throated Caracara, the bird Sean studied for his thesis. But what really confirms his geek cred is that he also studied mosquitoes.” 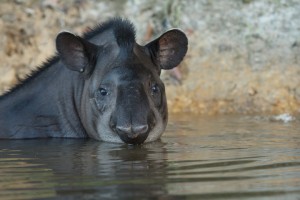 “Gorgeous animals! We felt really lucky to be able to see so many of these shy and magnificent creatures!” Tapir by Sean McCann.

BiologyBizarre by Meredith Hanel
“I like BiologyBizarre, because it has a range of stories that are informative, fun, and timely, with recent stories about early life stress and microbiota and genetically-engineered salmon.”
Policy & Politics (Josh Silberg & Pascal LaPointe, Editors)

Confessions of a Science Librarian by John Dupuis

“Science policy became an election issue in Canada to the credit of many wonderful advocacy groups and bloggers. During the election cycle, John Dupuis’ Confessions of a Science Librarian meticulously catalogued news stories about science-related election issues, and was a vocal proponent for science-focused candidate debates. We commend John for being an outstanding source of political commentary and insight.” 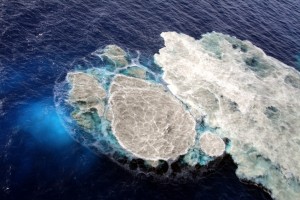 “Matt Herod consistently communicates the fascinating world of earth science in his blog GeoSphere. The blog is packed with information on topics that range from geology and the classics to radioactive waste. Geosphere also includes engaging visuals, including a “Geology photo of the week” which offers up a selection of excellent high resolution images that have featured close-ups of crystals to Earth’s ocean currents model outputs.”

“What better way to bring science to the people than through their pets! And that’s exactly Zazie Todd does at Companion Animal Psychology. More than just “how to train your dog” Zazie delves into the science of animal behavior, pet psychology, and human-animal relationships to keep her readers up to date on the latest science around their critter companions.”

“Blogs dedicated to Technology and Engineering are a rare species, but Frogheart by Maryse de la Giroday continues to faithfully share nanotechnology and engineering news and research in almost every possible context – from wearable tech, to nanotech policy in Africa, to energy innovations there is something to pique almost everyone’s interest.”

One thought on “Science Borealis Editors’ Picks for 2015”