On November 2, 2014, Science Borealis officially incorporated under the Canada Not-for-Profit Corporations Act. The team is pleased to announce this important milestone and introduce you to its first Board of Directors. 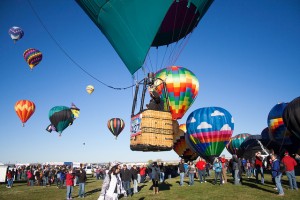 And we have lift off (Photo by Flickr user Garrett Heath CC BY-2.0)

Built on the principles of curiosity, engagement and collaboration, incorporating Science Borealis means we have reached a goal that will help us better meet the needs of the science communication community and the general public. As an incorporated not-for-profit, Science Borealis has the power and direction to develop partnerships and seek additional sponsors and funding (Science Borealis is currently supported by founding sponsors Canadian Science Publishing and Genome Alberta). These will help with new initiatives that go above and beyond maintaining a robust blogging platform, and include broader activities such as hosting workshops, conducting outreach campaigns, and fostering the communication of science in Canada.

Science Borealis is already supported by a dedicated and hard-working team of volunteer editors and organizers. Under the leadership of our first Directors, we will continue to put Canadian science in the spotlight and contribute to the Canadian science communication community.

We’re happy to introduce you to three individuals who have been supporters of Science Borealis since its inception: Hannah Hoag, John Dupuis, Prof. Chris Buddle, the first members of the Board of Directors of Science Borealis. Tasked with leading Science Borealis into a new growth phase, the Directors, seasoned bloggers, writers and community leaders, are well-suited to the job. Here’s a bit more about them:

Hannah Hoag
Hannah Hoag is a freelance journalist based in Toronto. She has Master’s degree in Biology from McGill University and graduated from Boston University with a Master’s in Science and Medical Journalism in 2002. Her writing has appeared in many publications including Nature, New Scientist, Discover, Seed, Wired, Canadian Geographic, Globe and Mail, Toronto Star, Montreal Gazette, and the Canadian Medical Association Journal. She has also written for YES Magazine (a kids’ science magazine) and contributed to Free Radicals, a weekly radio program broadcast on CKUT in Montreal.  Hannah served on the board of the Canadian Science Writers’ Association from 2007 to 2012, and has mentored students in science writing at McGill University. She delivers talks on careers in science writing and on better science communication. Hannah blogs at hannahhoag.net and the Science Writer’s Handbook http://pitchpublishprosper.com/

John Dupuis
John Dupuis has been a science and engineering librarian at the Steacie Science and Engineering Library at York University in Toronto since August 2000. John received a B. Comp. Sci. from Concordia University in 1986 after which he worked as a software developer for 12 years before leaving to get his Master of Library and Information Studies degree from McGill University (2000). He blogs at Confessions of a Science Librarian and keeps track of issues in Canadian science policy on Tumblr. His research and professional interests include the future of academic libraries, open access advocacy, scholarly communications in computer science and Canadian science policy.

Chris Buddle
Chris Buddle is an Associate Professor and Associate Dean at McGill University’s Macdonald Campus. His research program is centered on understanding patterns of insect and spider biodiversity, with a focus on Arctic ecosystems. He teaches environmental biology students about field biology, ecology and entomology.  Chris is an enthusiastic and devoted science communicator and blogs frequently on McGill’s teaching and learning blog and on his own blog, Expiscor, on SciLogs. He is devoted to science outreach activities, and is always happy to share his passion for science whether it be on the radio, in elementary schools or at an entomology conference.

There’s more in store for Science Borealis, stay tuned as we gear up for our 1-year anniversary celebration that includes a call to bloggers, a blog carnival, a best-of 2014, and more… and soon we’ll be asking for your input…. Stay tuned.