The most exciting phrase in science is not “Eureka!” but, “That’s funny.”

When I contribute a post to a science blog, I usually add a comic, hoping some humour will make the article more attractive and engaging. But I often receive more positive comments about the comics I have drawn than on the posts themselves. This response makes me wonder whether or not I am doing what I thought I was doing. To find out, I decided to look into the role of humour in science communication. 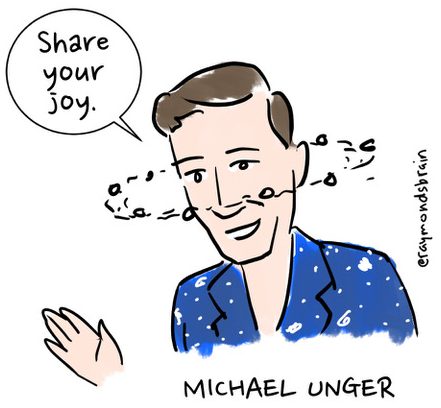 In live presentations, “laughter is a sign of connection,” says Michael Unger, the Program Coordinator at the HR MacMillan Space Centre, co-founder of Nerd Nite Vancouver, and SciCATS science communication trainer, who performed with a three-man sketch comedy troupe in his previous life. According to him, humour can help make the audience more receptive.

Lexa Graham, the creator of the satirical website DNAtured Journal, agrees. Her experience as a tutor has taught her “making kids laugh has always been the most effective way to get them more engaged.”

“Anything that taps into emotion seems to create more lasting memories than communication that relies solely on reason and intellect.” 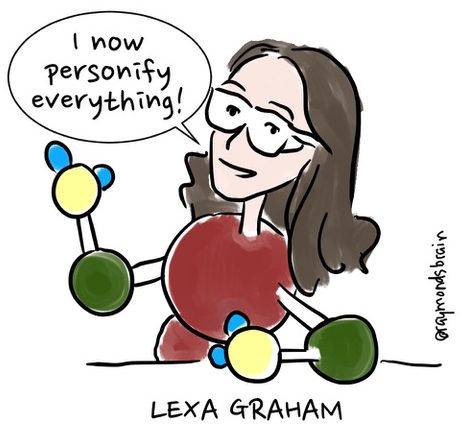 Scientists are people too

Humour can help modify the perception of scientists and of doing science. Graham says she created DNAtured, “to increase science awareness in a fun, accessible way” as well as “to help people feel seen by showing the unique but relatable struggles of working in science.”

Unger says, “Humour can soften the perception of scientists as less human or detached.” Anderson notes that when demonstrations it is good to acknowledge your experience because “it takes away a lot of the pressure to be right, to be perfect.”

And Graham reminds us that scientists are people “who honestly make just as many silly mistakes as you do!”

Researchers Paul Brewer and Jessica McKnight found that satire is an effective tool for changing the minds of uncommitted viewers on subjects like climate change and vaccinations (pre-COVID), based on studies of shows like the Daily Show. Graham says, “I grew up in a family who made tough topics more palatable with storytelling and humour, where the top jokes would call out what the real problem was, without any smoke or mirrors, and if you were lucky, a lesson on how to make things better.”

A Theory of Humour

Peter McGraw and Caleb Warren developed a theory of humour called, “Benign Violation.” We perceive something as funny occurs when there is a violation of an expected outcome or the treatment of the subject makes sense to us in a surprising way. Graham recommends a similar approach for making things funnier, “Try to distill the main idea into a silly analogy your audience would find funny.” In his book, The Act of Creation (1964), Arthur Koestler says novel combinations of diverse elements, which he calls ‘bisociation’, underlie all acts of creativity in the arts and sciences. 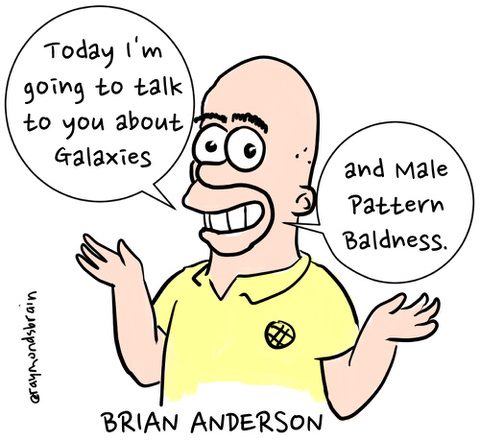 Brian Anderson noted a similarity between the structure of humour and another powerful technique used in science communication known as ‘discrepant events’, which involves the use of surprising or baffling phenomena. According to Anderson, “A lot of humour is formed from setting up an expectation and then twisting it some unexpected way.” The experience of humour and science can also be similar.

Robert Gooding-Townsend, a former Science Borealis editor who wrote the post Hysterical hypotheses says, “I definitely get the same kind of exciting feeling from a good joke as from an astonishing finding.” 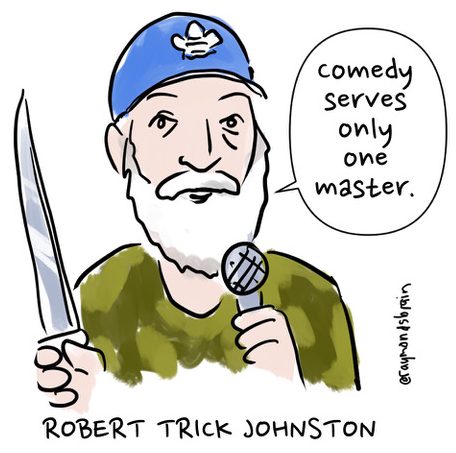 It is important to remember that what might seem like a violation of one person’s expectations might not violate another’s expectations. And your audience might not have any expectations on a topic or completely different ones from what you are expecting.

Your audience’s expectations might be influenced by the reputation of the organization you are representing or even the kind of event they are attending. Adding science to a comedy show is different from adding comedy to a science show.

As veteran comedy coach, Robert Trick Johnston explains, “Even the medium can affect how the audience responds to your material.” Factors influencing audience reaction range from the duration of the show to the quality of a recording.

Humour can be a tricky tool to wield. Anderson says, “There’s a danger when humour is used to tear down rather than uplift.” And Unger warns, “Never punch down,” referring to others with lower perceived power or status than you.

Controversial subjects can be challenging. Graham says, “It can also be difficult to make jokes about tough topics without accidentally hurting people, so I try to foster an environment where everyone feels comfortable speaking up when something’s amiss and then to learn to not make that mistake again.”

Use humour to humanizes the presenters rather than undermines their credibility and make sure that it opens your audience to think about new ideas without undermining their seriousness.

Don’t take this the wrong way 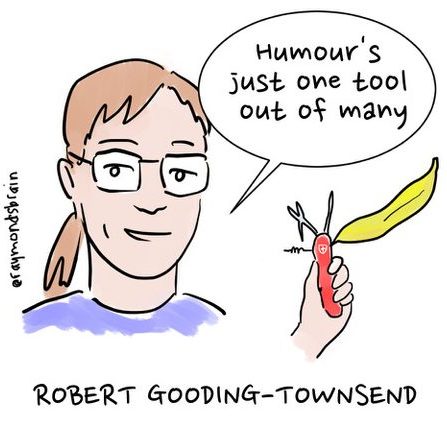 Another concern in this age of fake news is that humour can be misconstrued. “I never want to contribute to science disinformation,” says Graham, who has a Master’s degree in Chemical Engineering, “so making sure it’s obvious what is a joke and what is reality can be a very tight needle to thread.”

Gooding-Townsend notes the one day of the year when this can be a problem. “April 1 is, of course, a time we see lots of humour, or attempts at it. I’m all for this, but in the never-gone, contextless Internet era, I think it’s good policy to acknowledge the joke in some way that’s permanently tied to it. So stamp the date on it, make up obviously fake coauthors / journals / institutions in place of real ones, include a reference [1] This Is a Joke, etc.”

“Humour is an intoxicating tool,” Anderson says, “and you sometimes need to take care that it does not become a goal in itself.” If your audience remembers the funny but not the science you [intended] to communicate, then you might need to reconsider your approach.

“Getting people to laugh on purpose takes practice,” says Unger, so first of all, “focus on authenticity and having fun.” Johnston says even for comedians, “it’s more important to be interesting than to be funny.” And Anderson says, “Find the humour that brings you joy and enhances your passion for your subject matter.”

I should probably test the effectiveness of my cartoons, but for now, I’m doing them because they amuse me.

As George Bernard Shaw said: “If you want to tell people the truth, you’d better make them laugh or they’ll kill you.”

What are your thoughts about the use of humour in science communications? Drop us a comment to let us know.