The Anna’s hummingbird is a tiny, bejewelled bird with shimmering fuchsia and lime green feathers. It weighs about as much as a cherry or grape, between three and six grams, and measures around 10 centimetres in length, about the same length as an apple. Their nests are four centimetres wide, with just enough room for two tiny eggs that are about the size of a blueberry. And yet, despite its diminutive size, the discovery of an active Anna’s hummingbird nest in the pathway of the contentious Trans-Mountain Expansion pipeline (TMX) has temporarily stalled the engines of the gargantuan machinery used to clear the land and lay the pipes.

Although it was not actually the small birds who staged a Lilliputian protest in the face of the tree-fellers to protect their nesting habitat, the imagery is compelling and shows that small can be powerful. In fact, a group of dedicated volunteers and citizen scientists in the Community Nest Finding Network found the nests and reported them to the federal wildlife officer. 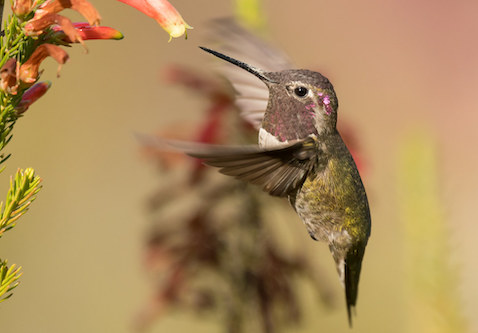 Because active hummingbird nests are protected under Canada’s Migratory Bird Act, and Environment and Climate Change Canada dictates that tree disturbance in nesting season is prohibited, the federal government stepped in to halt construction for the duration of nesting season. This is significant because nesting season can last for six months, which means that construction and logging in the bird’s habitat would be limited to the remaining six months.

This “small can be powerful” tenet can inspire people to get involved in citizen science. The Anna’s hummingbird story received wide press coverage and demonstrates what can be accomplished when enthusiastic and committed community members join together to collect data and participate in environmental monitoring.

Citizen science is a way for people to get involved with and contribute to a local science project while gaining a better understanding of the scientific process. There is a myriad of citizen science projects across Canada that range from water quality monitoring and river and lake ice watch to monitoring phenological changes in vegetation. In the latter project, citizen science observations were combined with satellite data to investigate how changes to green-up or springtime leaf emergence, due largely to changes in the climate, are linked to migratory bird patterns. This project demonstrates how academic researchers are using citizen science data in their projects. When scientists do not have the funding or the time to collect long-term data, citizen scientists fill the gap.

Key strengths of citizen science organizations are persistence, patience and a low-impact approach. Community Nest Finding Network volunteers sit for an hour or more on the ground, in camouflage, quietly waiting for the birds to show themselves. Sara Ross is a nature educator and a core member of the organization. In her experience, registered professional biologists and other professionals work “on the clock” and have time constraints that mean they cannot necessarily pay attention for long enough to discover all the birds nesting in an area and that nests can be missed.

Citizen science allows individuals to be more active in causes that they feel passionate about and encourages them to get political in ways professionals. The best results occur when academics and professionals work with citizen scientists towards a common goal.

The Community Nest Finding Network was founded in February 2021. It is part of a larger group called Protect the Planet: Stop TMX that has organized tree sit-ins along the pathway of the pipeline expansion since August 2020. According to Ross, a central principle of the network is that corporations need to be held accountable for the environmental damages they commit and that our society must stop burning fossil fuels if we want a chance of limiting anthropogenic climate heating. She notes that “climate change will kill many more bird species unless we keep tar sands oil in the ground.” 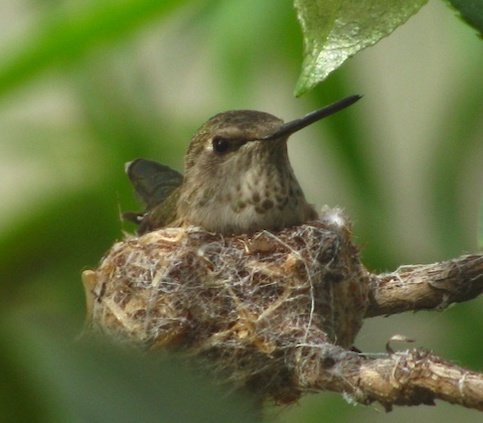 The organization began a thorough monitoring scheme after hearing reports of hummingbird nests in the pipeline route. Ross believes that there is a lack of independent environmental monitoring and the authorities might overlook this anecdotal information. The Trans Mountain Corporation does its own reporting but violations of the regulations are not necessarily enforced. Governmental regulatory bodies do respond to citizen complaints such as tree clearing in a riparian zone or the identification of an active nest. Otherwise, there is little accountability.

Environment and Climate Change Canada sent a wildlife officer to investigate the hummingbird nesting sites reported by the volunteer nest-finders’ observations. The temporary halt of the pipeline’s construction due to the network’s reporting shows that government bodies can integrate citizen science into policy decisions. This is empowering for anyone wondering if they can make a difference, or, in the words of Sara Ross, for anyone who wants to “honour these birds and their babies.” 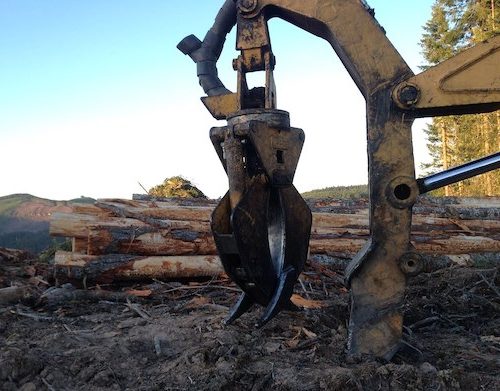 The TMX pipeline route is 1100 km long. This project represents just a fraction of habitat at risk of disturbance or destruction across Canada. Recently, citizen scientists near Port Renfrew in the Fairy Creek area of British Columbia reported western screech owl nests within an area slated for logging. If these findings are confirmed, logging operations will be suspended so as not to disturb the habitat.

Even if pipeline construction and logging in old-growth forests continue, public awareness is increasing around these issues thanks to dedicated citizen scientists. As Dr. Royann Petrell, associate professor emerita at the University of British Columbia, said, “With awareness comes action and demand for change.”

As more people get involved in citizen science, more monitoring and reporting occurs. The Anna’s hummingbird story is a wonderful reminder that you are never too small to make a difference.

Here is some information and resources on how you can get involved in community science in Canada: