Going on a picnic this summer or to the beach? How about fishing? Or do you prefer to stay home and garden? Let’s take a look at this summer’s Science Borealis blog feed to see the ways in which science overlaps with your summer fun.

Science in Your Picnic Basket 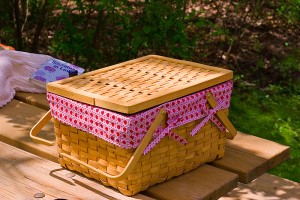 Dirke Steinke (@dirch3) points out that all this time you might have been eating undiscovered species, particularly fungus. Through DNA analysis, “last year scientists found some 18 000 new species and that does not include new species of microbial life.” Many of those discoveries are in the Kingdom Fungi â€“ or mushrooms.

“In a new study by researchers from England’s Kew Royal Botanic Gardens, colleagues found three previously unknown species of mushroom in a commercial packet of dried Chinese porcini purchased from a shop in London.”

The folks over at Sketchy Science (@SketchyScience) are also thinking about your picnic basket and, in particular, your drink coolers. See all that high-fructose corn syrup (HFCS) in your pop? We all know that’s bad, but they want you to understand that other sugars hidden in all your foods are just as bad. HFCS is just sweeter, so makes you crave more.

“Therein lies the problem with HFCS. Its tastiness, combined with the fact that food manufacturers understandably put it in everything (their goal, after all, is to sell a lot of Oreos), makes HFCS dangerous. The poison is in the dose, as the old saying goes; and we are happily dosing ourselves at off-the-charts levels.” 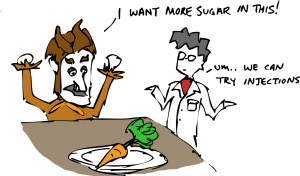 HFCS is really cheap to produce and it makes you drink more juice. So make smart choices when you pack your picnic basket. Drawing: Geoff Lee, Sketchy Science

Hot Times at the BBQ

Careful! Those metal utensils are hot! Maryse de la Giroday (@frogheart) warns that some things truly do become too hot to handle…not just from fire, but from the sun.

“… during the war in Iraq, for example, where soldiers reported temperatures near munitions that had sometimes exceeded 190 degrees F…”

But good news! Maryse reports that researchers are finding ways to embed paint with nanomaterials that will change colour and alert users to dangerous temperatures. Now that would be really handy on seatbelt buckles, wouldn’t it?

Reaping What You Sow 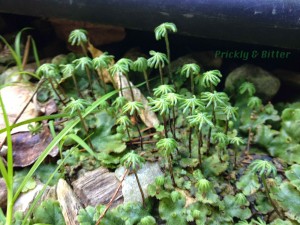 Sick and tired of weeding the garden? Instead look what Jennifer McDonald did â€“ she collected over 100 plant species from her garden.

“I had a goal for my Garden List to make it to 110 collections before July 1st. I made my goal with 113 collections! I’m impressed with just how many species you can find in a landscaped garden if you look hard enough. If it wasn’t for my garden list, I never would have known that half of these species were even here. Yay “weeds”! :)”

And while you’re thinking about gardening, the Nature Conservancy (@NCC_CNC) would like to remind you to think of the pollinators and plant native species. Also remember…

“Pollinators need more than just nectar to survive. Consider providing other important necessities for pollinators like water, habitat and host plants for other life stages.”

Speaking of insects, did you know that those fireflies blinking about in the evening have something to do with stem cells?

I think we all agree that the most hated insect of summer is the mosquito. So it is surprising that Chris Buddle (@CMBuddle) managed to find 10 things to love about pesky critters. 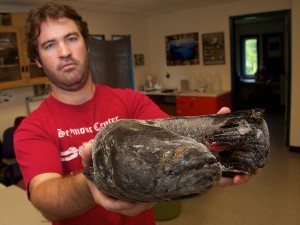 If you’re fishing in a lake and catch something weird, you might be interested to know about the work that’s being done to manage invasive and released species, such as snakeheads, in the US and Canada.

And trout fishers, do you know how important the surrounding forests and snowmelt runoff are to the gleaming animal you’re about to catch? Sarah Boon (@SnowHydro) talks about that in her post Fish, forests, and snow.

“Few would suspect, however, that the future of an entire fish species is rooted in the forest that surrounds its aquatic habitat, largely due to the impacts that forest has on snow accumulation and melt.”

A Day at the Beach 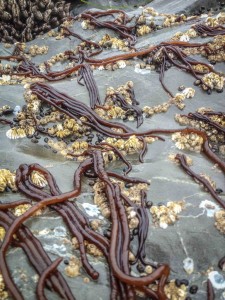 Perhaps you’re heading to the west coast to do some surfing. If so, you might be interested to know a bit about all the green and brown stuff growing in the water. Bridgette Clarkston can answer your questions, including which ones you can eat:

“A world-renowned surfing hotspot, Tofino is also smack-dab in the middle of a bonafide seaweed biodiversity hotspot in the Pacific Northwest: over 600 species of kelps, crusts, sea lettuces, stringy filaments, pink corallines and more red blades in crimson, vermillion, magenta, wine-red, blood-red and burgundy than you can shake a walking-stick kelp at. Now that’s something to celebrate!”

Or would you rather just sun yourself on a beautiful beach? Before you go see what Shelley Fan (@ShellyFan) has to say about the addictiveness (or not) of tanning.

Also, did you know there is such a thing as a swimsuit that doesn’t get wet? It’s true! At least for men’s trunks. Again, nanotechnology delivers the goods, only this time Maryse de la Giroday (and others) have a few things to say about one pair’s inappropriate design.

At the end of the day, while you’re gazing across the vast ocean, think about these Treasures of the Deep described by Alan Shapiro (@harmlessscience) on Mostly Harmless:

“When you think of legendary cities hidden beneath the ocean waves, Atlantis is undoubtedly the first name that springs to mind. Yet the ocean floor is home to a remarkable array of elaborate structures, many of them created not by humans but by natural processes. In 2000, a formation of towering pillars and columns was discovered in the Atlantic Ocean and christened the Lost City.”

And finally, some good advice from Bob MacDonald, host of CBC’s Quirks and Quarks (@CBCQuirks): This summer, lose the gadgets and let nature entertain you.

“The natural world has much more to offer than an animated cartoon, and it’s not hard to tune into nature’s channel. Whatever vacation plans your family has this summer, make sure there is some time spent outside, without the cell phone in hand or some other electronic device blinking in your face.”

I agree with Bob, so let’s log off and go outside and enjoy the rest of our summer!

One thought on “Summertime Science”