On April 23, 2019, the federal government announced an $81-million initiative to allow researchers to analyze health data across provinces. Dr. Kim McGrail, at the University of British Columbia, will lead The Strategy for Patient-Oriented Research (SPOR) Canadian Data Platform. According to the website, SPOR “will be a single portal that will help researchers address health challenges that cross jurisdictions, potentially leading to advancements that improve health and health care in Canada.” 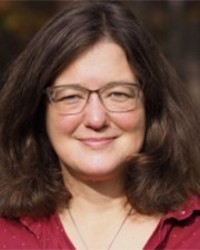 Dr. Kim McGrail, a professor at the UBC School of Population and Public Health, will lead a new cross-province data platform for health data. Image: UBC/Kim McGrail, used with permission

This is good news for researchers in healthcare who often struggle to make informative comparisons nationwide due to differences between provinces. It also leads us to take a closer look at the role of data and technology in Canadian healthcare more broadly.

As in all sectors of the economy, advancing technology is creating new ways to gather, store, and understand information. In healthcare, new technology (integrated mobile apps, fitness trackers, genomics, etc.) is being used to collect ever-growing volumes of data, based on promises to revolutionize medicine, research, and healthcare delivery. However, many Canadian medical offices are still using fax machines, and though the volume of healthcare data is increasing, much of it consists of cumbersome data generated for compliance reasons, not clinical practice. How can we make sure the new technology promises aren’t hollow?

The potential benefits of big data are tremendous. What if care providers had an easily searchable version of a patient’s entire medical history? What if patients’ genetic data could be used to match them with prospective treatments? What if hospital administrators could allocate resources based on real-time patient needs, instead of guessing based on historical averages? What opportunities might be created for ensuring better continuity of care for patients throughout their treatment, especially when there are several providers?

Solutions to some of these problems are already here. Digitization of healthcare data is becoming increasingly common. Canadian primary care physicians are transitioning to electronic medical records, though often using isolated or incompatible systems. Canadians are also becoming more comfortable with sharing their health information among health organizations – 75 per cent of Canadians reported being comfortable with sharing this information with provincial health departments, health researchers, and organizations such as Statistics Canada. However, more than 80 per cent of Canadians were not comfortable sharing this information with private companies, which creates complications for the pharmaceutical and insurance companies in the healthcare system.

One of the major benefits of data in health care is increased information sharing. A couple of European examples show what’s possible with 21st-century patient records. Both France and Germany deployed “smart cards” in the early 1990s, and have since released multiple iterations to improve on healthcare efficiencies. The French Carte Vitale has been key to making health administration largely paperless; the German eHealthcare card tracks a patient’s personal and healthcare insurance information. In addition, patients can consent to having medical data such as emergency, prescription, and allergy information added to the card. Future versions of the card will also allow the exchange of medical information to optimize patient treatment.

While the potential benefits are huge, so are the challenges. Health care administration already has many challenges due to the complex, overlapping mandates of different institutions â€“ and recent changes are not helping. Further, doctors and computers notoriously don’t get along. Although the best-known examples of this clash come from the US, Canada is only slightly better off due to simpler billing requirements, and faces some of the same challenges with digital medical records as anywhere else. Too much work is shifted onto doctors instead of allied health professionals, and long, rambling copy-pasted text from patient notes is often provided instead of concise descriptions, which can be actively unhelpful.

The other major challenge is cost. Collecting and managing data is expensive – it relies on purchasing imaging technology, computer systems, and software licenses, as well as hiring skilled tech workers. The technology often doesn’t work as well as advertised due to administrative or cultural difficulties, and is often outdated within just a few years, beginning the cycle again.

In 2017, the Canadian Institute for Health Information (CIHI) estimated the total cost of healthcare spending in Canada at $242 billion, or $6,604 per person. An aging population with more chronic illnesses is raising these costs. Already, 40â€“50 per cent of the annual increase in healthcare costs can be traced back to the use of new technologies – yet the era of rapidly growing healthcare spending is over. With so many companies betting on the health data market, it will be a challenge for administrators to keep costs down. 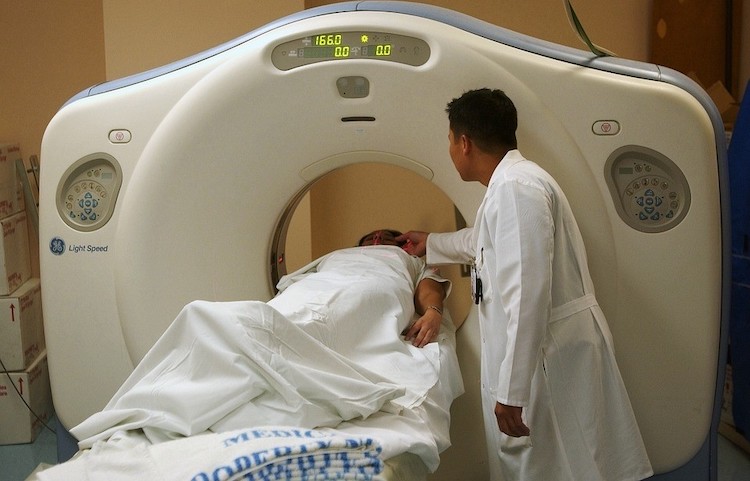 New generations of scanners are just one factor behind the ever-growing cost of health care technology, which is responsible for up to 50 per cent of increased healthcare spending. Pixabay

As technology reshapes so much of our lives, it’s natural to think about the improvements it could offer in healthcare too. But as we do so, we should be mindful to compare ourselves to other high-income countries with universal healthcare – most of which are much more effective than Canada – instead of to the bloated US system. The cost of medical technology can certainly be steep, but the benefits of data-driven care – in clinical outcomes, personalized treatments, and smoother-running hospitals – could well outweigh the costs. Models like France and Germany offer lessons for how these technologies can be adapted to serve Canadians. An interprovincial datasharing platform for researchers will be a big help, but much more is needed to streamline the system to a level where individual patients will notice the benefits.

Banner Image: Digital health promises to let doctors and patients manage as much of their care as possible using their phones. Image: CC maxpixel.net