In the media world of conservation, there seems to be no shortage of news on invasive species – plants, animals and organisms that were introduced (accidentally or deliberately) to an area outside of their native range and where their natural predator is absent, and cause harm (environementally, economically or societally). It begs the question: How did they arrive?

Historically, many invasive species in North America were brought over by early European settlers for medicinal, agricultural and ornamental uses, without realizing their future negative impacts to local biodiversity. In other cases, species were accidentally transported, such as in ballast soil on ocean-going ships that contained seeds that were later dumped.

For some species, the origin is impossible to pinpoint, but for some, their arrival can be traced to a single event. Here are three species with an interesting backstory. 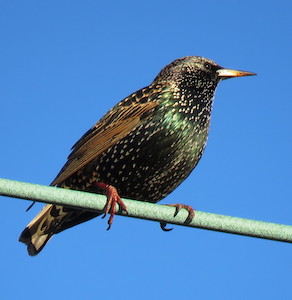 You may have been witness to a beautifully eerie swarm of black birds twisting and flying in formation – known as a murmuration – over a field. You were probably looking at European starlings, chunky blackbirds with purplish-green iridescent feathers and a slender yellow beak. With an estimated population in North America of more than 200 million, they are all descendants of a small flock released by a Shakespeare enthusiast and a group called American Acclimatization Society that wanted every bird ever mentioned in Shakespeare’s plays introduced to the U.S.

On March 6, 1890, Eugene Schieffelin, a pharmaceutical manufacturer, released 60 imported European starlings in Central Park, New York, and 40 the following year. Although only 32 of the original 100 birds survived, the hardy starlings – with their non-picky diet – proliferated and quickly spread across the continent over the next few decades. By 1927, they were established in Ontario and Quebec, reaching British Columbia by 1945. With a range from Alaska to Mexico, they are now among the most common and abundant birds in North America.

European starlings, strong fliers with exceptional adaptation and vocal mimicry skills, are aggressive toward other birds. They often occupy the nest holes of native birds, such as bluebirds, flickers and woodpeckers, and chase off much larger birds, like wood ducks and buffleheads.

An escapee from the garden 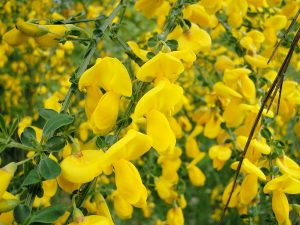 The introduction of Scotch broom, a perennial shrub with bright yellow flowers of European origin and admired for its beauty, can be traced back to Captain Walter Colquhoun Grant, who planted the seeds in Sooke, B.C., in the 1850s. The plant was traded as an ornamental among gardeners. Fresh-cut bundles were also used as packing material in transporting whiskey for gold camps between California and B.C. They were also planted along highways to prevent soil erosion.

Little did the settlers know that Scotch broom grows rapidly, is toxic to humans and livestock if ingested, crowds out native plants and reduces open habitat for animals and insects. The plant’s high oil content makes it flammable and poses a fire risk.

Creating silk with a hefty price 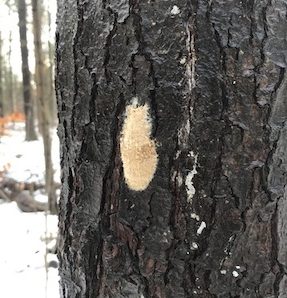 To establish a silk industry in North America, a French naturalist tried to crossbreed European gypsy moths with American silk worms in 1869. The moths were blown from a windowsill of an open window in Medford, Massachusetts, and have since been a problem by defoliating trees during outbreak cycles. Similarly, Asian gypsy moths, introduced to Vancouver by Soviet freighters in 1991, are a threat to Canadian forests.

The caterpillars of gypsy moths ravage leafy deciduous trees, such as oaks, poplars and birch, and some evergreens. This, in turn, affects forest health and wildlife that rely on the trees for food. According to the Government of Canada, non-native gypsy moths have been recorded on 500 species of trees.

Today, many invasive species are naturalized and spread across the country, but the environmental, economic and social problems they create are still a major concern. For example, they can:

The Canadian Food Inspection Agency estimates the annual economic impact of invasive species in Canada to be $30 billion across the forest and agricultural sectors, in addition to the impact on aquatic invasive species.

What can be done about invasive species now that they’re here to stay? 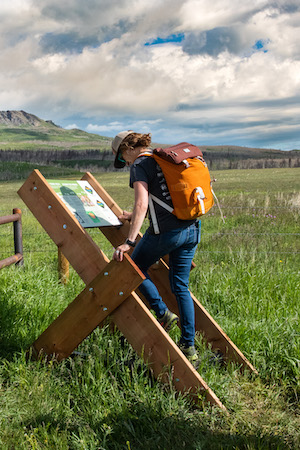 There is no straightforward answer. All levels of government are responding to invasive species by managing and preventing them as a shared responsibility.

Conservation organizations like the Nature Conservancy of Canada are tackling invasive species on properties.

On a personal level, we can all take steps to prevent their spread. Click on the links to learn more:

For more information, check out these links:

Featured image: Scotch broom was introduced to Vancouver Island in the 19th century. Photo by Gerry Thomasen CC BY 2.0

Wendy Ho joined the Nature Conservancy of Canada’s communications team in June 2014. Outside of work, she enjoys spending time outdoors, visiting farmers’ markets and sharing her culinary creations. Much of her love for nature is shaped by a childhood spent trekking up the mountainous terrains and swaying to the beat of lapping waves as a means to escape the hustle and bustle of Hong Kong city life.

Since moving to Canada, she has continued to collect more awe-inspiring experiences and hopes to create her own book of awesome one day.

A version of this post first appeared in Land Lines, the Nature Conservancy of Canada blog.