Let’s begin by clearing up a small point of possible confusion. This post covers two different surveys: one happening now, and one conducted last year.

The current one is the Science Borealis survey of blog readers, which Science Borealis is conducting in collaboration with Dr. Paige Jarreau, from Louisiana State University. This survey is open from November 24 – December 14, so if you’ve ever read anything that’s appeared on this blog – either our own editorial content or a post from the feed – we urge you to take a few minutes and FILL IT OUT HERE.

Learning about science blog readers and talking about the characteristics of science communicators presents some interesting points of consideration.

As content creators, we often wonder whether our material (blogs, articles, etc.) is read only by others like us, namely, other content creators (confirming the theory that we self-select based on our existing biases and interests), or are we truly reaching the audience we seek? In other words, are we blogging in an echo chamber? If your Twitter feed is full of posts from other science writers, you’ll know what we mean. 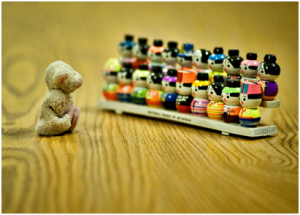 Some science communicators have attended the Banff Science Communications program, of which both authors of this post are alumni. The program hosts attendees with an incredibly diverse range of careers and skills. These include academics and researchers who have studied science at university and wanted to communicate their work to the public; they have wide-ranging reasons for partaking in science outreach. Attendees also include writers both with and without science backgrounds: artists, policy makers, health practitioners, linguists, and film makers.

Last year at this time, Catherine Anderson and Lisa Willemse explored some aspects of this question by creating a brief survey for science communicators. It asked questions such as what kind of content they produce, where they consume science content, if their work was paid or volunteer, what level of education they had, and where they were located. From the 54 responses, a snapshot of science communicators emerged.

One of the key results was that science communicators simply love science. Though we didn’t explicitly ask this question, it’s reasonable to assume this is the case in light of the incredible amount of volunteer hours allotted to science content production (12,000 hours from 35 people, estimated over one year), as well as the number of respondents who identified as academics or researchers (50% of those surveyed).

But not all academics or those working in science as a profession choose to become science communicators. So what sets us apart?

Again, extrapolating from the science communicator survey, one key characteristic appears to be creativity or an interest in exploring different modes of content creation. Many of the respondents selected more than one mode of content production (choices included blogging, writing, podcasting, multimedia/art production, general communications, academic writing/content, and other); 41 of the 54 people surveyed indicated they’d like to explore modes of content production that were new to them, such as video, podcasting, gaming and other multimedia, to writing and blogging to the creation of online story maps.

So while science communicators can come from a diversity of backgrounds, they share some similar characteristics, too. While it’s important to expand your audience and try to break out of the echo chamber, if the majority of your audience is other scientists or science communicators, it’s still important to understand who they are and what drives them to read your content.

So this post will finish with a reminder to FILL OUT THE CURRENT SCIENCE BOREALIS SURVEY OF BLOG READERS. The more we understand about our readers, the better our content can be!

It’s also not too late to add the Science Borealis Reader Survey link to your blog to get personalized results! For more information see An invitation to join our #scicomm survey.