Every year, Calgary hosts an event centred around cowboys and bucking broncos and tents full of brew. It’s been dubbed ‘The Greatest Show on Earth’, but I beg to differ.

Calgary does host the greatest show on earth, but it’s not the Stampede. It’s Beakerhead. Never heard of it? Now you have. And if you ever go to this wild, colourful mashup of technology, art and science, you won’t soon forget it.

Beakerhead is spread out across Calgary, mostly within the city’s core, and a good many of the events are free. Art-based installations poke out from buildings and offer contemplation in city parks. Interactive demos allow the public a chance to try new technology or understand the science of things. Ticketed events get more in-depth, with science storytelling, and explorations of spice, scent and the perfection of the chocolate chip cookie. Over four days last week, I put a lot of miles onto my pink sneakers taking in as many of its street installations and events as possible, but I’m sure it was less than half of what was on offer.

I still haven’t fully digested everything I did take in, but that’s the beauty of this event â€“ it’s a feast for the stomach, the eyes, the ears… but also for the mind.

One of the more delightful revelations came from a very unexpected source: a lone sculpture sitting in a parking lot alongside Memorial Drive (not its permanent home, a permanent location is being sought).

It’s a winged stallion made out of scaffolding. Its clean metal lines glint in the sun and belie their purpose by seeming to defy a need for support.

The creation spread its wings as part of a contest organized by Armor Equipment, a family-owned scaffolding company in Calgary that has provided scaffolding for Beakerhead installations in the past. Armor’s CEO, Charles Maygard, explained that the idea of an art competition fermented for about ten years before coming to life at Beakerhead in celebration of the company’s 55th anniversary.

Like the soaring 18-foot metal sculpture, the artist, Artur Karlov, is atypical. Despite having studied in two art schools, one in Russia and another in Canada, he doesn’t fit the popular artist stereotype.

For one thing, he abandoned art and now belongs to a carpenter’s union. His stock in trade is scaffolding, temporary structures that most people either don’t see, ignore, or avoid. For another, he rather looks like a biker, the kind you might see on a long-armed Harley.

It’s obvious that he retained his interest in art, judging by the gracefulness of Pegasus. In a strikingly gentle voice, he tells me that the inspiration comes from the four legs that form the sturdy base of most scaffold towers, which also reach upwards. 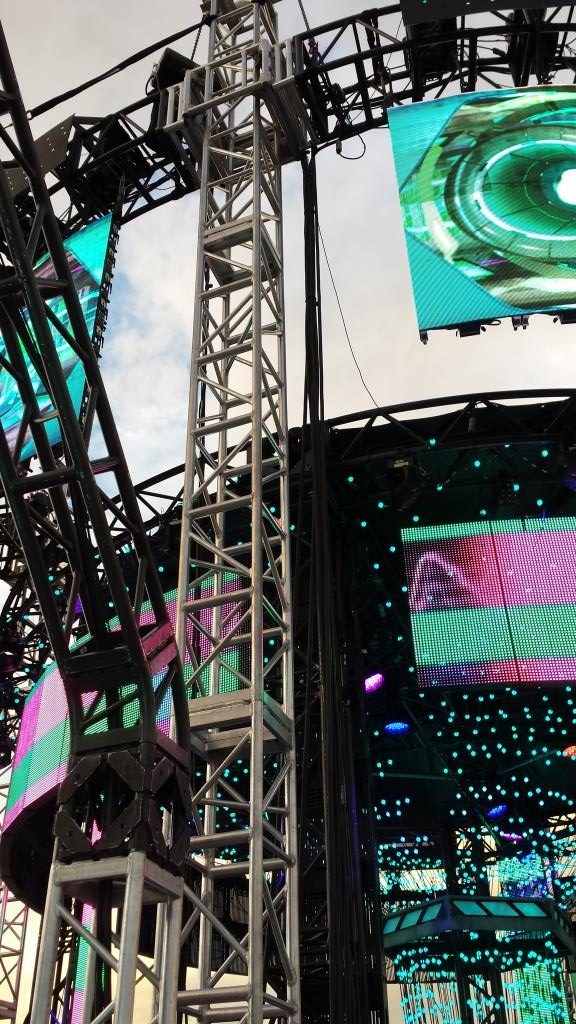 He tells me about the design skills that come into play as part of his regular job.

“To build a scaffold, you have to solve problems and sometimes you can be more creative about it. There are times when it’s just straight up and down, but sometimes there is a less obvious solution that is more elegant.”

Hearing him speak, I’m kind of ashamed that I’ve always ignored scaffolds, except as what seems to be a permanent fixture on one or another of the buildings in Ottawa’s Parliamentary complex. But this isn’t what makes me truly appreciate the work. Rather, it’s two words Karlov says later during our interview that suddenly make things click for me: Sistine Chapel.

Immediately, I can see Michelangelo on his wooden scaffold, painting one of the world’s most recognizable masterpieces. He couldn’t have done it without the scaffold.

As I look at Pegasus with new eyes, Maygard explains a bit further:

“Most people don’t realize the history behind carpentry. Carpentry is one of the oldest trades. It was a monumental tool for artists to use. They needed scaffolding and it ties itself to art all the time. This piece is a way we could showcase the artistry behind the trade.”

Admittedly, this is not a terribly profound ‘aha’ moment. But it’s interesting that so much of art has been supported by mathematics, engineering, even chemistry (in paints and printmaking, for example) â€“ scientific ‘scaffolds’ that are either hidden or removed. For me, it really solidifies the connection between art and science that we sometimes struggle to make. It’s always been there. 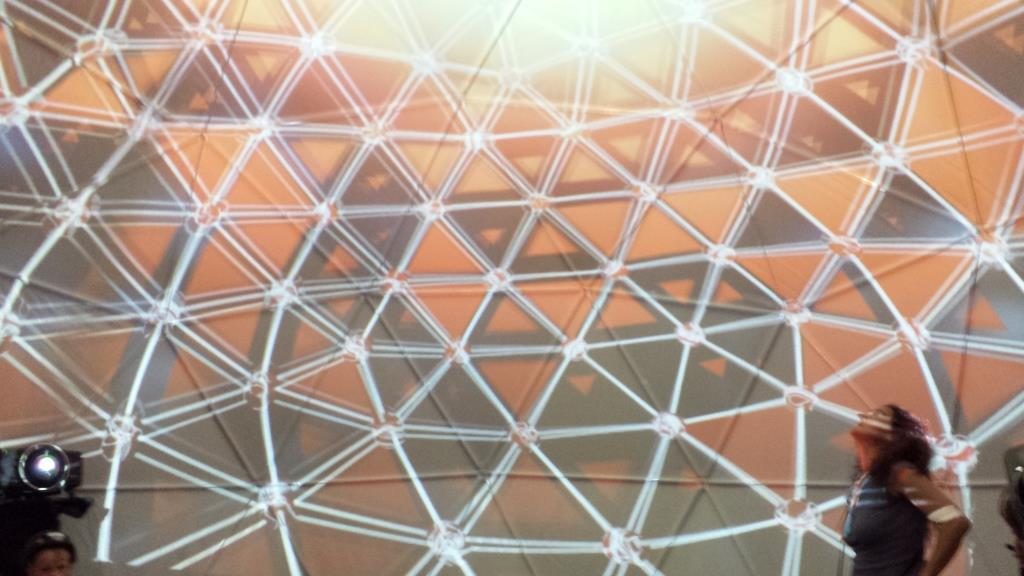 And it’s everywhere. At every installation I visited, every show I took in, I looked for the hidden – and sometimes obvious– scientific support: required for projection screens, the chemistry behind innovative food and drink concoctions (which, by the way, at Beakerhead are a foodie’s dream), or the architectural design and choice of building materials in a theatre hall.

Ironically, Karlov himself couldn’t have built Pegasus, made entirely of three different types of standard scaffold material (tubes and two different kinds of clamp), without a scaffold. He needed one to attach the horse’s wings. Like Michaelangelo’s scaffold, it’s vanished now too.