By all accounts, this has been a tough flu season. According to FluWatch, a surveillance system that monitors flu and flu-like activity across Canada, there have been more than 46,000 laboratory-confirmed cases of influenza so far this season, thousands of hospitalizations, and, unfortunately, hundreds of deaths. Although the flu season peaked in mid-February, flu activity remains elevated in many parts of Canada.

There are a few different types of influenza viruses, and it’s the A and B types that make us ill. Both viruses have different strains, and the two dominant strains circulating this year are H3N2 (influenza A) and B/Yamagata (influenza B). H3N2 is historically known to hit harder than other strains.

Several culprits are responsible for the severity of this year’s flu season. Flu season usually starts with influenza A and ends with influenza B, but this year both strains appeared together early in the flu season. Although the flu vaccine was reported to be only 10 per cent effective during the Australian flu season, Canadian researchers found the shot had an overall effectiveness of roughly 55 per cent, but that dropped to 17 per cent against the A virus.

Due to the way the vaccine is developed in chicken eggs, mismatches can occur between the circulating flu virus and the virus the vaccine was designed to protect against, which appears to have happened this time. Experts have been working on a universal influenza vaccine to solve problems associated with the current vaccine model, but it’s not expected for several years at the earliest. Despite the promise of better vaccine-endowed immunity in the future, the influenza virus isn’t going away, and measures to control and prevent transmission remain as important as the vaccine itself.

Left: The flu virus growing in eggs inside an incubator at the U.S. Centers of Disease Control and Prevention (Source: CDC/Todd Jordan); Middle: A person receiving his flu shot (Source: U.S. Air Force/Sergio A. Gamboa); Right: A woman at home with the flu (Source: CDC)

The flu can live outside of our bodies

In general, the influenza virus can live on surfaces from seconds up to 48 hours, surviving longer on harder, less porous surfaces like metal or plastic. Washing your hands with soap and water for at least 20 seconds, and covering your mouth and nose when you cough or sneeze (preferably into a tissue or your upper arm or elbow) certainly help to curb the virus’s spread.

But physical factors such as temperature and humidity also affect the survival of the virus. Experiments indicate the influenza virus can spread more easily at lower relative humidities and colder temperatures, so managing moisture in the home or office (e.g., by using portable humidifiers), may decrease virus survival and help lower the chance of getting sick.

Steam cleaning and chemical disinfectants such as chlorine (e.g., bleach) or hydrogen peroxide can kill the flu virus, but these aren’t options for everyday electronic devices like smartphones, tablets, and laptops. We’ve turned these ubiquitous electronics into attractive transmission routes for germs by touching their screens constantly, holding them up to our faces, and moving them between our homes and public spaces. Transparent sleeves and covers can shield devices, compressed air can blow away dust and small particles, and wiping them with dry microfibre cloths can remove common bacteria, but only cloths wetted with diluted mixtures of cleaning agents like rubbing alcohol have offered any protection from the flu virus – until now.

Ultraviolet light can destroy the flu

Ultraviolet (UV) light, which is invisible to the human eye, is a recognized form of disinfection. Harnessing the disinfecting power of UV light offers a sure-fire approach to sanitizing electronics and many companies are now manufacturing UV light cases or UV light wands that can disinfect devices such as phones, tablets, and headphones.

UV radiation wavelengths range from approximately 10 nanometres (nm) to 400 nm. Shorter-wavelength UV radiation ranging from 100 nm to roughly 280 nm is commonly referred to as UV-C and can harm cells by damaging DNA. When used for disinfection, it’s often called UV germicidal irradiation (or UVGI). This form of radiation is not limited to sanitizing small personal electronics: it can also be used to disinfect public and personal spaces. 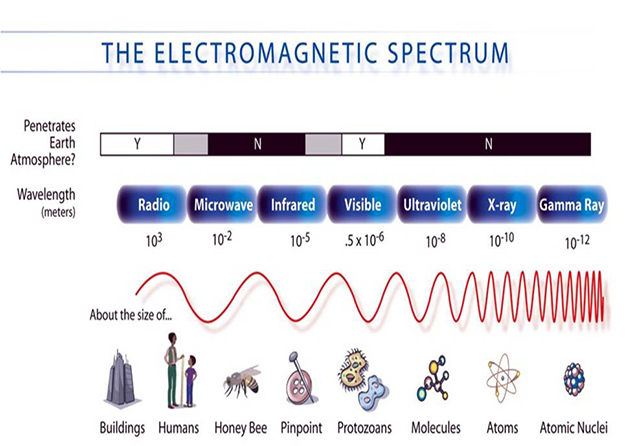 Several companies now manufacture large UV-based disinfection machines or robots that can deliver continuous or pulsed UV radiation to help disinfect hospital rooms. In light of the potent flu season, some of these robots have recently been used in school classrooms. Beyond influenza, these machines can thwart other worrisome bugs like methicillin-resistant Staphylococcus aureus (MRSA) and Clostridium difficile (C-Diff). They have been shown to reduce the colony-forming units of pathogens in hospital rooms, and some studies indicate that these UV robots, in conjunction with existing cleaning best practices (e.g., wiping surfaces with chemical disinfectants), also reduce hospital-acquired infections. 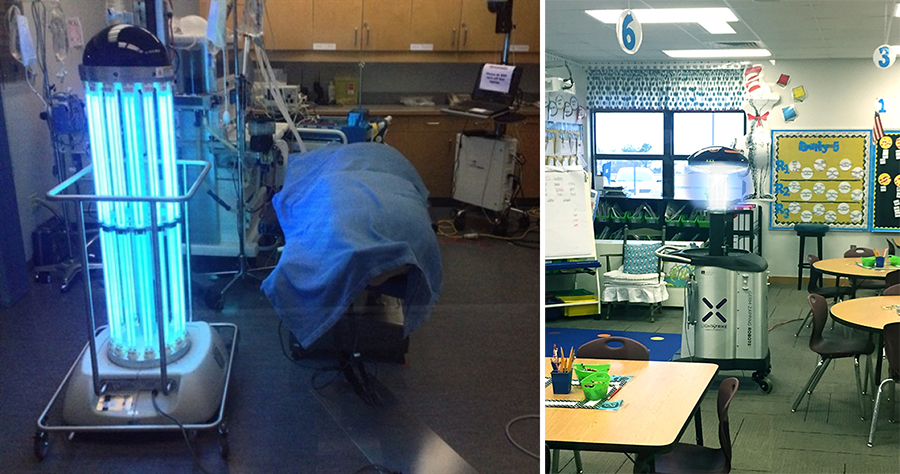 However, such machines cannot be used around people, since UV-C can damage the skin, eyes, and immune system. One way around this is upper-room UVGI, which has been used in healthcare facilities as well as homeless shelters to combat tuberculosis. Upper-room UVGI minimizes direct exposure to UV-C radiation by using a wall- or ceiling-mounted fixture that places the UV source well above the room’s occupants. In your own home, you can use portable UV disinfection room units that expose air to UV-C light inside closed chambers by using fans to draw room air in, or incorporate UV-C directly into your HVAC system (e.g., disinfecting coils).But for UV radiation to successfully take down nasty germs in open spaces, it’s not enough to just turn the UV light on. Environmental factors such as humidity, temperature, and ventilation, as well as ensuring the infected surface or medium is exposed to a sufficient dose of UV light for enough time can all influence the effectiveness of UVGI systems. 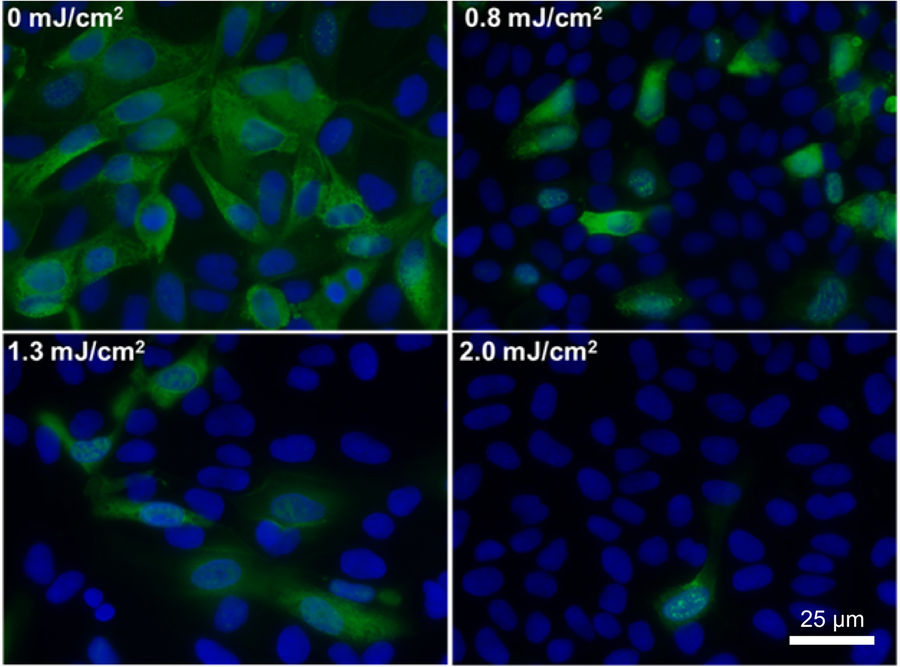 Ultimately, tackling the flu virus is not simply a matter of getting a flu shot, but also managing the transmission of the virus. This includes staying home when we’re sick, covering our mouth and nose when we cough and sneeze, washing our hands frequently and for at least 20 seconds, keeping our surroundings and personal devices clean, and, if possible, using the disinfecting power of UV light.