Despite the social stigma of using cannabis, this plant has a long history of human use in the form of herbal medicine, textiles, oils and food. However, over the past two decades, the potency of cannabis has significantly increased. It is the most widely used psychoactive substance after alcohol and while there are health concerns, there are also benefits to consider. Given that cannabis will soon be legalized in Canada, now is a good time to understand how it interacts with the human body.

The body’s endocannabinoid system is largely responsible for the psychoactive effects from cannabis. Its name may mislead you into thinking that this system is activated by, or relies on, cannabis, as the terms cannabinoid and cannabis are often used together. However, cannabinoid does not always mean cannabis. In fact, the human body produces some cannabinoids, called endocannabinoids. In general, cannabinoids are chemical compounds that act on cannabinoid receptors, which can change the release of chemicals in the brain, affecting processes like pain sensation, mood and memory. There are many plant cannabinoids found in cannabis, with delta-9-tetrahydrocannabinol (THC) and cannabidiol (CBD) being the most well known. Anandamide (AEA) and 2-arachidonylglycerol are the two major endocannabinoids.

The endocannabinoids, their receptors, and metabolic enzymes form the endocannabinoid system, which plays an important regulatory role in our response to stress. In the nervous system, endocannabinoids help regulate the electrochemical signals between brain cells (neurons). Too much input to these cells can be toxic, but endocannabinoids can relieve this by traveling backwards towards overactive neurons and reducing their activity by binding to cannabinoid type 1 receptors (CB1). Endocannabinoids also play a part in limiting the immune system’s inflammatory signals, which can cause excessive inflammation and potentially harm healthy cells.

Delta-9-tetrahydrocannabinol has a chemical structure similar to the endocannabinoid AEA and interacts with CB1 receptors to activate the brain’s reward system, which produces the “high” people feel from cannabis. Unlike AEA, THC does not break down in the presence of specific metabolic enzymes and can remain in the brain for longer. As a result, it slows reaction times, impairs judgment, increases appetite, and affects memory. On the other hand, CBD is non-intoxicating due to its indirect interaction with classical cannabinoid receptors (CB1 and CB2) and its ability to interact with many different receptor types. These include opioid receptors that are responsible for pain regulation, and dopamine receptors, which are involved in reward-seeking behaviour. 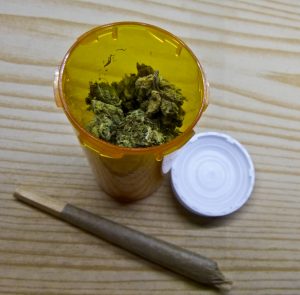 The CBD and THC profile of medical cannabis differs depending on the symptoms patients are trying to treat. Photo by Circe Denyer, PublicDomainPictures

Cannabidiol is showing great promise in treating pain, epilepsy (including Dravet syndrome in children), inflammatory bowel diseases and Parkinson’s disease. This has led to the development of medical cannabis, which typically has more CBD than recreational cannabis does, providing patients with the relieving properties but a minimal “high”. However, this does not mean the psychoactive effects of THC are not helpful in other medical cases. For example, THC can function as an appetite stimulant for HIV/AIDS patients, reduce nausea from cancer treatment, and help patients with insomnia. At the end of day, the ratio of CBD to THC in medical cannabis can be varied to suit the patient’s symptoms.

The real gray area lies in the treatment of psychological disorders such as post-traumatic stress disorder (PTSD). Some studies show decreased PTSD symptoms following medical cannabis use, while others report negative impacts on mental processes and the re-emergence of symptoms. According to Dr. Matthew Hill, assistant professor from the Hotchkiss Brain Institute at the University of Calgary, “The really interesting stuff is looking at the idea that cannabinoids might be a whole new novel therapeutic treatment for anxiety conditions, especially things like PTSD.” (Learn more from his podcast interview with the Canadian Consortium for the Investigation of Cannabinoids.) 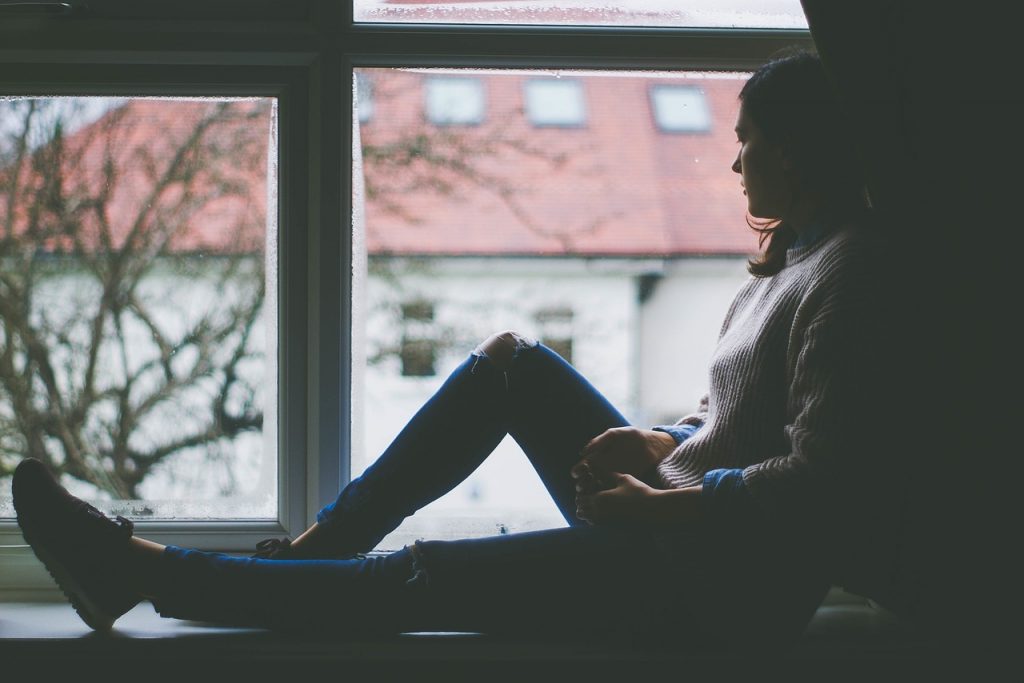 One important area of research is investigating whether medical cannabis can be helpful for individuals with psychological disorders. Photo: Free-Photos, Pixabay

One thing is for sure: more research needs to be done. The illegal status of cannabis has limited large-scale research studies. After all, it is difficult to study something you don’t have access to. However, the legalization of cannabis in Canada will finally open the doors to more studies. The federal government is investing $20 million in cannabis research over the next five years, focusing on 12 priority subjects including the impact of cannabis on neurodevelopmental outcomes. Hopefully, this research will provide more information on the impacts of cannabis and create policies guided by medical evidence.

Currently, only producers who have received a licence issued by Health Canada under the Access to Cannabis for Medical Purposes Regulations will be able to sell and provide cannabis to the public. From the looks of it, some of Canada’s largest medical cannabis producers (Canopy Growth Corp., and Aurora Cannabis Inc.) will be supplying the recreational cannabis market. Regulation frameworks will vary across provinces and territories, so make sure you are informed.

9 thoughts on “Clearing the smoke on cannabis in Canada”