When it comes to the plants and plant-derived foods that we eat, what does novel mean? When is something so different from the existing items on grocery shelves that regulators need to assess its safety before it goes to market? In the world of plant breeding, the line between novel and non-novel is constantly moving. Health Canada is working to clarify its policies so that researchers and manufacturers can better understand the distinction between the two categories and get safe food products to consumers faster.

Health Canada’s existing Guidelines for the Safety Assessment of Novel Foods have been in place since 2006. This framework helps manufacturers and importers determine if a new food they want to sell is novel. If it is, they must submit a Novel Food Notification to Health Canada. The regulatory agency then decides if a safety assessment is required to determine if the novel plant poses any health risk, such as toxicity or allergenicity. Under these guidelines, novel foods are defined as any food “derived from plants with no history of safe use as a food source in Canada, manufactured by new processes applied to plant materials, or produced by plants that have been genetically modified by a variety of techniques.”

The 2006 guidelines distinguish between ‘traditional’ methods of gene modification, such as classical plant breeding and mutagenesis, and ‘modern’ methods, such as recombinant DNA technologies. Health Canada acknowledges that both traditional and modern gene modification techniques can result in plants with novel traits. Currently, the agency requires more specific and detailed information to approve novel foods created using modern techniques. 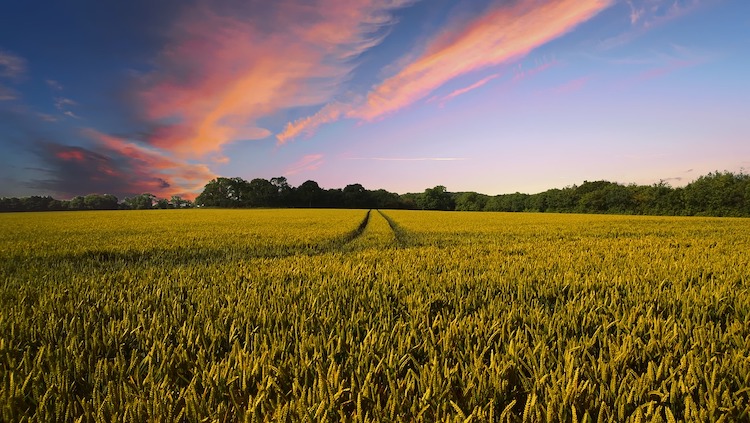 But a lot has changed since 2006. Health Canada has completed safety assessments for more than 140 novel foods derived from plant-breeding techniques over the past two decades, and none of them posed a risk to consumers. Also, advances in our ability to decipher and manipulate plant genomes mean the information and tools available to plant researchers and developers are much different than they were 15 years ago.

In the spring of 2021, Health Canada issued a call for feedback on proposed changes to the 2006 guidelines. The updated guidance aims to clarify when a food should be considered novel and require a pre-market safety assessment. Health Canada is also proposing updates to the rules around the approval of genetically modified (GM) foods, exempting those foods derived from a GM plant that has already passed a safety assessment. Health Canada describes these proposed updates as “the first step in a broader, multi-year effort to modernize [our] Novel Foods regulation guidance.”

Genome Canada and its six genome centres, including Genome Alberta*, compose the Canadian Genomics Enterprise. This organization funds genomics and biotechnology research in Canada. It issued a statement earlier this year supporting Health Canada’s proposed changes. Dr. Vanessa Carias, Research Program Manager at Genome Alberta, says that the updated guidance is an encouraging sign that policymakers are taking steps to catch up to science.

She points to two specific scientific advances that have driven the need for updated regulations: improvements in sequencing technology and new gene-editing tools, such as CRISPR-cas9 and zinc finger nucleases. She also believes we are living in a time of renewed public interest in understanding genomic science, driven in large part by the COVID-19 pandemic.

“I think science is coming back to the forefront of people’s minds,” says Carias. “Now people want to know more about polymerase chain reaction. For some people, [the pandemic] is the first time they’ve heard about it. I think people are getting more interested and with that comes more public interest.”

Increased public interest creates a need for clear communication about the science. Dr. Andrew Riseman, Associate Professor in Applied Biology and Plant Breeding at the University of British Columbia, echoes the need for scientifically accurate discussion around novel crops.

“The idea of novelty appeals to our sense of control,” Riseman says. “The line between what is man-made and what isn’t is really very blurry. It’s like trying to define sustainable. We all have a sense of what it means, but it can be difficult [to] come up with a precise definition.” He emphasizes that proper regulatory oversight is important, but that continually discussing what constitutes novelty is worthwhile.

Riseman’s research focuses on using classical plant breeding methods to enhance traits like drought resistance in crops. He stresses that, regardless of the technique used to create a novel food, it’s critical to keep consumers’ needs and desires in mind. “[The research community has] been more focussed on catering to farmers’ convenience than on what consumers want,” Riseman says. He points to the commercial failure of the Flavr Savr tomato as an early example of a GM food that didn’t gain acceptance because it didn’t deliver a better product. According to Riseman, this misstep soured the public’s perception of GM foods for years after. 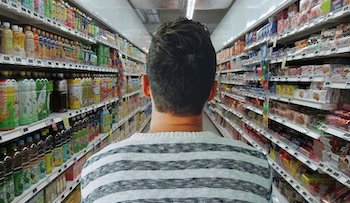 We expect the food we see in the grocery store to be safe. It is critical that the public is consulted with and informed about novel foods to build consumer trust. Image by Mohamed Hassan, Pixabay, CC0.

Carias also emphasizes that public acceptance is key to the success of any novel food or any proposed regulations governing novel foods. She points to consultation and survey data from the Canadian Genomics Enterprise’s GE3LS initiative that explores ethical, legal, and social issues surrounding genomic research and technology projects. “I’ve noticed from the results [of several GE3LS surveys and consultations] that the public, for the most part, is on board. They just want transparency, and they want to be able to go somewhere to read what went into a product. So, the researchers and producers would benefit from being transparent because then you gain public trust, and that, in turn, gets the products to market.”

Health Canada’s call for input on its proposed updates to the 2006 guidelines is a good first step towards a more transparent approach to regulating novel foods. Policymakers and researchers must keep this conversation with consumers going as advances in plant breeding create the need for further revisions to the guidelines.

*Disclosure: Science Borealis is funded in part by Genome Alberta.

One thought on “Defining ‘novel’: Health Canada modernizes its regulations for plant breeding”