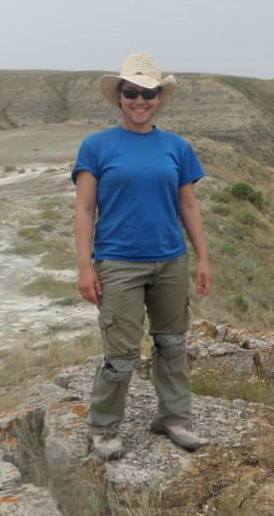 Elizabeth has always been fascinated by the natural world. Growing up in Thailand, she was exposed to a plethora of wildlife such as frogs, elephants, king cobras, and many invertebrates. She loved animals and the natural world and learned about them through books, video games, and trips to the zoo.

From age 5, Elizabeth expressed interest in becoming a palaeontologist, taken with the adventures of searching for dinosaur bones. She pursued a bachelor’s degree in Ecology and Evolutionary Biology from the University in Toronto and wrote her fourth-year thesis describing the morphology and osteological growth of a Cretaceous egg-laying raptor. Being exposed to topics such as climate change, geochronology, and environmental science during university caused her to consider other career pathways.

However, it was while conducting research for a personal project that she realized misinformation in science journalism was an important issue. With a background in creative writing and education, Elizabeth realized her passion for science communication and writing. After graduating, she was a science writer with the University of Toronto’s student newspaper, The Varsity. She contributes content to Bee City Canada.

Keep up with Elizabeth on Twitter (@elizbenner) and check out her work at www.elizabethbenner.com.