To celebrate our first anniversary, we asked our team of volunteer editors to select their favourite blog from their category, the one they thought everyone should know about. Here are their picks! 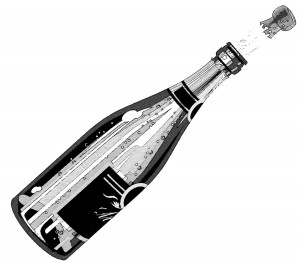 Monsters and Molecules by Laura Ulrich

Laura’s visually engaging blog is an excellent exploration of science through art. She incorporates imagery: drawn, photographed or created digitally, with simple labelling to share the science, rather than a long narrative. She says she is building her portfolio and we look forward to seeing more, especially the outcome (a video, perhaps?) of the intestinal villi she created!

Atoms and Numbers by Marc Leger

Marc can be relied upon to write thoughtful and interesting posts about the role of chemistry in everyday life. He enjoys exploding myths about chemicals, but takes great care to do so in a way that doesn’t offend or condescend.

It’s hard for independent bloggers to sustain a single-minded focus year after year, but Maryse has been doing this since her first post went up on May 5, 2008. Excerpting and summarizing from an enormously wide range of content, she brings her readers nanotechnology and engineering news, breaking research, conference announcements and notes, and her own commentary.

Maryse shows us each week how something as scientifically complex as nanotechnology touches every aspect of our lives. Her blog is also a reminder of how SEO tricks, fancy marketing tactics, and other dubious traffic-generating techniques have nothing on the simple work of regular blogging and building solid content.

Elisabeth blogs on a range of diverse â€“ but interconnected â€“ topics across the earth sciences. We particularly liked her post on MC Escher, which combined earth science and art. She also has the Canadian Earth Science for @PMHarper series, in which she takes a page from Yann Martel’s book. Martel sent Harper a novel every two weeks, for four years, to raise awareness of literature and the arts. Kosters is posting a Canadian geoscientific article once a month to raise awareness for science in Canada. Sounds like a science communication win to us!

Land Lines by the Nature Conservancy of Canada

The NCC blog has simple yet strong language, generates consistent and excellent content, and is dedicated to topics of relevance to Canadians.

The Science-Based Pharmacy blog focuses on evidence-based medicine while discussing a broad range of issues that are relevant to Canadians. We were particularly impressed with their recent post on homeopathy and the flu, which was liked over 400 times via the Science Borealis Facebook page alone.

Unfortunately there is a dearth of science policy bloggers on the Science Borealis site (so if you blog on science policy, we’d like to hear from you!). Harvey is, by far, the most in depth of all our policy and politics bloggers. It is unfortunate, however, that he is also one of our few French bloggers and thus likely doesn’t get the wide readership that his posts deserve. We hope that membership in Science Borealis is broadening his exposure!

Eric has extremely creative (and cartoony) images that don’t sacrifice attention to the physics detail. He covers a range of physics-related topics, and doesn’t shy away from the controversial, such as his recent piece on women in science.

Dispatches from the Field, group blog

This blog is a clear favourite given the quality of the writing, stunning visuals, and authors’ ability to make field work understandable, relatable, and personal. Kudos to Catherine Dale, Amanda Tracey, Sarah Wallace, and the many guest bloggers making their remarkable field exploits in remote places like Sable Island, Ascension Island, and the wilds of Colorado feel like a lived experience for their readers.

Artem provides thoughtful posts on abstract mathematical concepts, and was recently chosen by Computer Science Hub as one of the top 30 computer science and programming blogs of 2014! Congratulations to Artem, and we’re pleased to have you as part of the Science Borealis community.

With so many great blogs in this category, it was very difficult to pick a favourite. Instead, we picked the blog that we felt best exemplified ‘General Science’: Six Incredible Things Before Breakfast. SITBB’s weekly feature, Morsels for the Mind, links you to the most delicious science news the web has to offer, covering everything from astronomy to zoology and everything in between.

Congratulations to all of our bloggers who were chosen by the editors for 2014. We are looking forward to what our bloggers have in store for 2015! Feel free to add this badge to your blog.

And don’t forget our first anniversary blog carnival, on until 12 December!