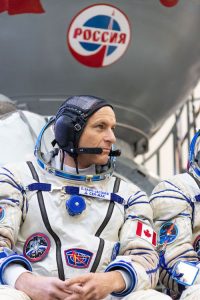 If you haven’t heard of Canadian astronaut David Saint-Jacques, it’s because today is his first day on the job, at least when it comes to living and working in space. Cramming into a Soyuz capsule on a launchpad in Kazakhstan, Saint-Jacques is taking his first flight to the International Space Station (ISS) as part of Expedition 58 with his crewmates, NASA astronaut Anne McClain and Russian cosmonaut Oleg Kononenko.

A six-hour trip will boost the Soyuz capsule to orbit where it will catch the ISS, travelling at 27,600 km/h at an altitude of 408 km. David will be spending six months aboard the station, as Canada’s first spacefaring astronaut since Chris Hadfield commanded the ISS back in 2013.

How did he get here?

Although it’s his first flight to space, Saint-Jacques, a native of Saint-Lambert, Quebec, has spent the last nine years training and working as an active astronaut. He was selected alongside Jeremy Hansen in 2009 after a year-long recruitment process that attracted more than 5,300 applicants. Among the candidates were Canadian scientists, engineers, doctors, and military personnel, and although the minimum requirement was a bachelor’s degree in science, the vast majority of applicants had advanced degrees and accomplished careers. It’s not your typical job, and that means the job application process isn’t typical either. Potential astronauts are evaluated mentally and physically with a gruelling series of challenges designed to push them to their absolute limit. 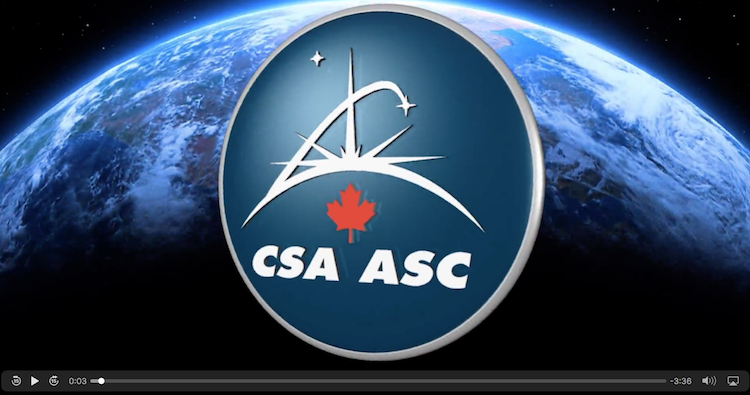 Highlights from Canada’s 2009 astronaut selection process give a taste of the challenges faced by applicants. Â© Canadian Space Agency 2014

On paper, David Saint-Jacques definitely has the resume of an astronaut. The 48-year-old father of three has a bachelor’s degree in engineering physics, a Ph.D. in astrophysics, and a medical doctorate. He speaks five languages, is a certified commercial pilot, holds an advanced scuba diving license, and is an avid mountaineer, cyclist, skier, and sailor.

A well traveled academic and doctor, Saint-Jacques has worked in France, Great Britain, Hungary, Lebanon, and the Canary Islands. Before he joined the Canadian Space Agency (CSA), he was Co-chief of Medicine at Inuulitsivik Health Centre in the Inuit community of Puvirnituq in northern Quebec.

Certainly his diverse background helped him develop the skills to become an astronaut, but during training, his medical, survival, and problem solving skills were developed to the highest level. Astronauts must be ready to solve a variety of unconventional challenges in unconventional ways. On the ISS, any situation can quickly become life or death, and when flying on a small station 400 km above the Earth, astronauts have to use every available resource. 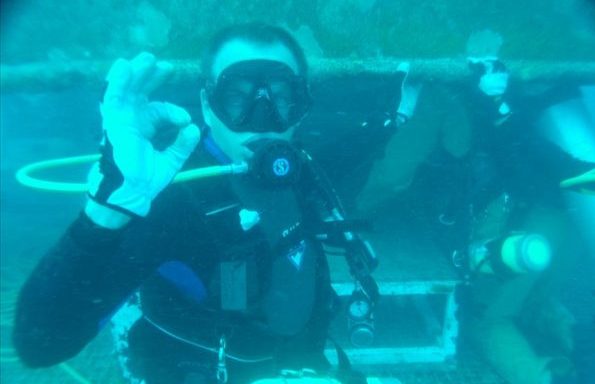 Life as an Earthbound astronaut

After joining the CSA in 2009, Saint-Jacques spent two years in Houston as one of 14 members of NASA’s 20th astronaut class, graduating in 2011 from astronaut candidate training. Since graduation, he has been assigned to the Robotics branch at NASA’s astronaut office, supporting his colleagues during ISS missions and continuing his training in hopes of being selected for an expedition.

In August 2016, he was selected for his first mission, Expedition 58 aboard the ISS, and he couldn’t have been happier. “This is a huge opportunity, a huge privilege to do this on behalf of all Canadians, to leave planet Earth to go live on our spaceship,” Saint-Jacques said in a 2017 interview.

Mission-specific training has taken him from the USA to Russia, Japan, and back home to Canada, where he has learned additional skills needed for the challenges of spaceflight. For example, in the event of an emergency during launch or landing, astronauts could be stranded in a number of remote locations on Earth, and so Saint-Jacques and his crewmates have participated in extended wilderness, water, and cold-weather survival training. 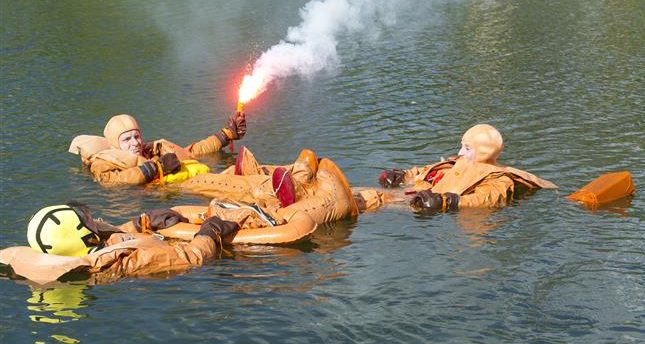 Saint-Jacques has also mastered the operation of the Soyuz spacecraft and is the co-pilot during the expedition’s launch, assisting pilot and mission commander Oleg Kononenko with a variety of tasks during ascent and ISS rendezvous.

A change of plans

The original launch of Expedition 58 was scheduled for December 20, but on October 11, a booster separation failure two minutes into the Soyuz MS-10 launch of NASA astronaut Nick Hague and Russian cosmonaut Alexei Ovchinin resulted in the emergency landing of the crew 450 km northeast of the launch pad. 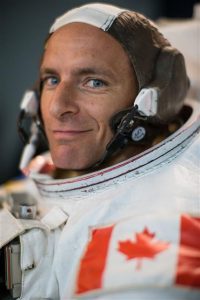 As a member of the backup crew for the mission, David Saint-Jacques was in Kazakhstan watching the launch, prepared to participate if one of the crew was unable to proceed. After the dust settled, mission directors moved the Expedition 58 launch up to December 3 in order to keep the station crewed, as current ISS crew members will be returning home on December 20th. This will mean that Saint-Jacques and his crewmates will be the only astronauts aboard the ISS until the next scheduled Soyuz launch on April 5, 2019.

Is Saint-Jacques phased by the recent change of plans? If you follow him on Twitter (@Astro_DavidS), the confidence and preparation of Canada’s next astronaut shine through:

New date for my launch. I am ready! https://t.co/5qLWhrMQEH

Canada is ready too. Godspeed, David!