Canada’s food safety system is supposed to keep dangerous food away from our mouths. But is it sharing with the public enough to keep us informed? One expert weighs in.

From bacteria to plastic to hidden nuts, the list of contaminants that could be lurking in your food is long.

The Canadian Food Inspection Agency (CFIA) posts recalls for contaminated food several times a week. They range from frozen chicken to pre-made desserts. In November alone, there were recalls for salmon caviar, Maple Leaf brand chicken breast strips, and Comté Cheese, among others.

Audits by the CFIA, reports of sickness, or complaints from individual consumers can trigger a food recall. Once that happens, the CFIA investigates and decides how serious the public threat is. They decide if and when to make food recall announcements, and how much information to reveal. Recalls may happen quietly behind the scenes, with products being pulled off shelves. Other recall notices may be published online. Large-scale recalls with anticipated significant public health impact, such as the recent Maple Leaf frozen chicken recall, may even be broadcast through the news media.

But the methods agencies like the CFIA use are not always consistent, said Ben Chapman, an Assistant Professor at North Carolina State University who specializes in food safety and extension programs.

“I think, in general, federal food safety regulatory folks (in Canada and the US) don’t do a great job on providing the science [or] evidence behind their policy decisions,” Dr. Chapman said. 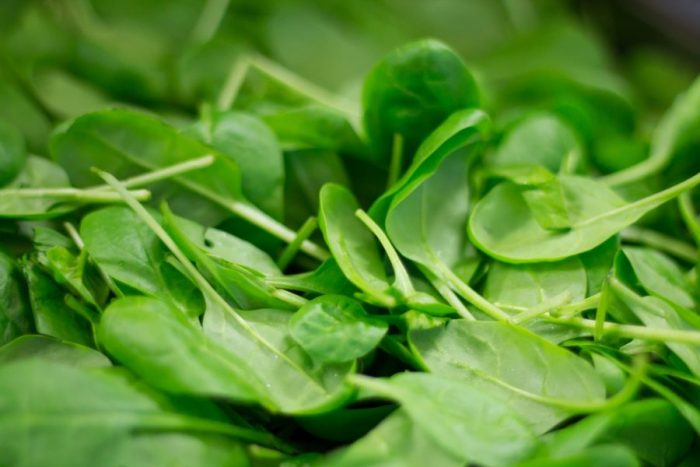 Spinach contaminated with E. coli was the subject of a recall in 2006. The CFIA advised consumers not to eat fresh spinach from the U.S., including bagged, loose in bulk or in salad blends. Photo by Thilo Becker, CC0, via Pixabay

Chapman is a Canadian who studied at the University of Guelph, where the Canadian Research Institute for Food Safety is based. He co-hosts the podcast Food Safety Talk, where he features high-profile outbreaks and food recalls. Earlier this year, he published a paper in the Journal of Environmental Health criticizing the lack of a consistent procedure for public health agencies to follow when deciding what information to share with the public. The paper called for early public disclosure and provided guidelines for authorities to follow.

“Regulators in most jurisdictions don’t have a good planning record on when to release info to the public, how to do it, what the thresholds are—and that’s country independent,” Chapman said.

He told us that the CFIA is more reluctant than its U.S. counterpart, the Food and Drug Administration (FDA), to release information about companies publicly when there is a food risk.

“My favourite quote from a CFIA official on this is pretty patronizing,” Chapman said, citing a 2009 story in The Globe and Mail in which an official said that automatically issuing notices for all food recalls would “overwhelm” consumers when the risks were usually low. Chapman and his co-authors argue there is little evidence that holding back information to avoid flooding the public with news about food risks actually benefits consumers. By contrast, waiting to reveal information about risks could mean that more consumers buy and consume contaminated food before it is recalled.

In October, the CFIA and FDA signed a memorandum of understanding (MOU) to share food safety data and facilitate research collaborations. Chapman says he doesn’t know if, in practice, the MOU will enhance risk communication across both countries.

What can you do if you have purchased a food item that has been recalled? If you think you have consumed the food and are feeling unwell, consult a healthcare professional. If you have the recalled food in your home, either throw it out or return it to the store where it was purchased.

For now, all consumers can do is stay tuned and remain alert to relevant information as it becomes public. And keep an eye out for spiders in the grapes.

Featured image: In the past few years, the CFIA and FDA have recalled a number of prepared foods made with chicken. Photo by JESHOOTS, CC0, via Pixabay