As Science Borealis Multimedia editors, we scour the known universe, meaning Canada, for examples of science communication in all its myriad forms.

Vancouver artist and educator Erin Green has been creating space-inspired art for about 10 years. She says, “Space art makes space science more relatable and approachable to a wider audience.” 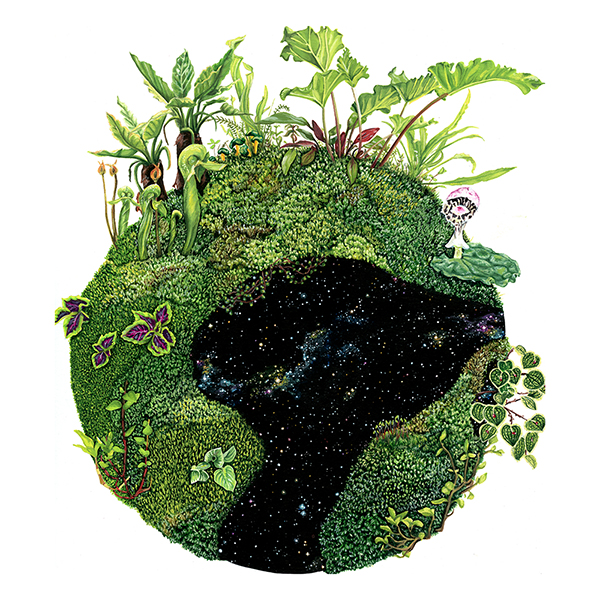 Courtesy of Erin Green, Children of the Craft website

This year (2018), to celebrate its 150th Anniversary, the Royal Astronomical Society of Canada (RASC) is hosting “Imagining the Skies,” an astrophotography, sketching and creative arts contest. They welcome and encourage participants of all ages. Entries will be judged according to three experience levels: novice, intermediate and experienced. In case you’re new to the world of space art, here’s a little intro we based on the International Association of Astronomical Artists’ subgenres of astronomical art.

Astronomical photography is a photograph, sometimes taken by space probes, that is presented in an aesthetic form. For example, images taken by the Hubble telescope are actually in black and white. But they have been taken using filters for different wavelengths. The colours are then reconstructed on a computer. SkyNews, the Canadian magazine of astronomy and stargazing, also runs a weekly photo contest. And The Royal Astronomical Society of Canada offers an astroimaging certificate for its members. Here is a site featuring some of these works. 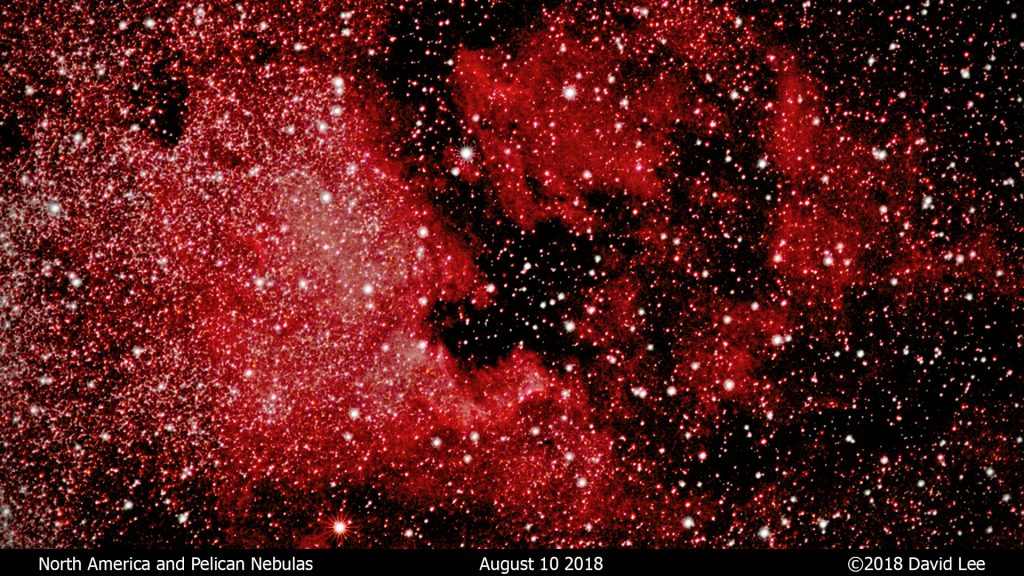 Chris Hadfield took photographs of the Earth from the International Space Station. Does that count as astronomical photography? Since it’s Chris Hadfield, it must count for something.

Descriptive Realism tries to share a scientifically accurate depiction of faraway places in the cosmos. One form of this is astronomical sketching, in which a person draws what they see in the telescope. According to the AstroSketchers page on the RASC site, “astronomical sketching is as old as stars on petroglyphs, and as new as Arp peculiar galaxies drawn on the web. Never static, its long practice is now in dialogue with the latest electronic-image processing; yet those who draw at the eyepiece can feel part of a chain stretching back through Messier and Herschel to Galileo.”

Surface of the Moon (winner of the RASC’s inaugural astrosketching contest) by Alexander Massey, reproduced courtesy of the Royal Astronomical Society of Canada

The site also includes tips by Carol Lakomiak on how to make sketches of the sun and the moon.

Cosmic Impressionism deals with space-inspired impressions that are not necessarily detailed or even accurate. It has more to do with the interpretation or expression of space when an artist imagines what could exist out there and how it can relate to us.

If you haven’t looked up at a starry night sky in a while, the drawings of Kara Szathmary reawaken that feeling of pure awe, that realization of just how beautiful it is. As a visual artist, mathematician and the first elected international President of the International Association of Astronomical Artists, his “View of Canada” is an instant reminder of how we need to keep looking past our most visible horizon. 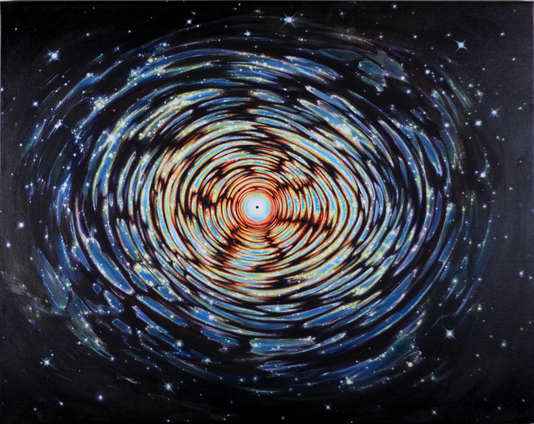 The Black Hole by Char Hoyt

Char Hoyt’s series of “Cosmic Egg” paintings spin galaxial elements into the shape of various eggs to address the “somewhat contradicting ideas of a cyclical Universe, the Big Bang and the age-old question, ‘What came first? The chicken or the egg?’” They’re like 2D Fabergé eggs with stars instead of jewels. You won’t catch a glimpse of them in the actual cosmos, but having that impression evokes a sense of mystery or can help make the “invisible visible.” As Char says, “it is the mysteries” of space that deliver intrigue, inspiration and awe.

There’s also an art form in film that lets filmmakers create out-of-this-world images and effects from analogue techniques. For the 2016 film, Approaching the Unknown, special effects supervisor Douglas Trumbull taught the young film makers how to create magnificent cosmic effects by injecting various colourful or glittery substances into a tank of glycerin, corn syrup and salt water. Therein lies a fun aspect to cosmic Impressionism: the amount of freedom to imagine, manipulate and control what the cosmos looks like.

Hardware art is a realistic approach that focuses on the ships and equipment used in space. With the popularity of science fiction movies and programs, this work can overlap into imagined ships and equipment, as in the Cylons of Battlestar Galactica developed by Vancouver-based conceptual artist Eric Chu, who works digitally. He says, “When you do a [sci-fi] or fantasy illustration, you are asking the viewer to believe in something that is not real, so the more [you] know about real-world physics, the better you can approximate a functionally plausible design. That isn’t to say I am an expert on space exploration, but I do like to do some research and try to keep up with the latest technological advances. Whether or not I incorporate those ideas is a matter of preference. Even a fantastically based illustration needs to work in its own reality.” 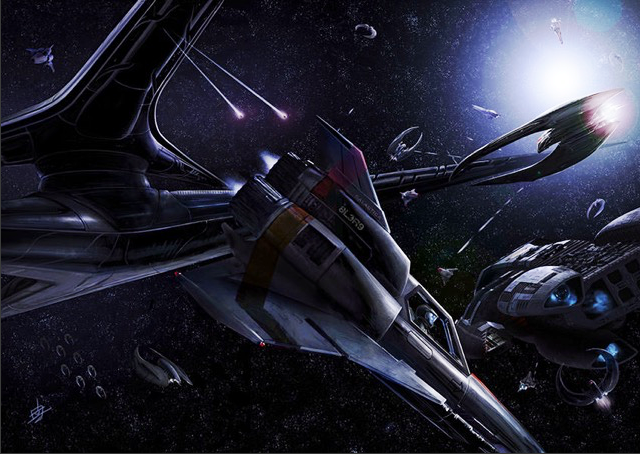 Space sculptures are three-dimensional renderings inspired by space. (You might be reminded of a classic school assignment that involves the Solar System.) These sculptures may depict objects or demonstrate concepts related to outer space and can be more symbolic or abstract.

Toronto-based artist, photographer and filmmaker Adam Makarenko creates exoplanets by hand, imagined but modelled on existing planetary objects. Made out of plaster or styrofoam and painted with various colours and textures, Makarenko’s exoplanets are photographed against constructed landscapes and later (minimally) digitally manipulated in Photoshop. The final result portrays his miniature spheres as the giant celestial bodies they’re meant to be. The artist’s goal is to make 1,000 of them, and he’s already past the halfway mark!

Cosmic zoology depicts speculations about imaginary extraterrestrial life and habitats, as visualizations of exobiology. In television and movies, aliens often end up looking like humans, but Jim Davies, a professor of cognitive science at Carleton University, argues that this enables us to relate to them more easily. Weirder creatures, as in the movie Arrival, remain mysterious.

Art in Space involves space itself as part of the media.In the RumbleSat Art project, 150 works of Canadian art were sent into space, to see the effect of this provenance or back story on their perceived value. A down-to-earth example includes the Royal Canadian Mint collector’s coin designed by Alexandra Lefort to commemorate the 150th anniversary of the RASC, which contains a piece of meteorite.

We hope this little overview of space art inspires you to participate in the Imagining the Skies contest, even if the odds of winning seemastronomical. It runs until the end of 2018, so you still have some spacetime. And if you know of any Canadian space artists we have missed, please include them in the comments.