The winner of our ‘Canada’s Favourite Blog for 2017’ contest was Body of Evidence, run by scientists keen on cutting through the prolific medical misinformation found on the Internet. Take a quick look at their site and you’ll find many ways to administer your regular dose of medical news – blog post, podcast, or video. Doctor Chris Labos and biological scientist Jonathan Jarry manage this powerhouse site on top of their regular jobs. By day, Chris is a cardiologist and Jonathan is a science communicator; by night, they make the science of medicine an easy pill to swallow.

Chris and Jonathan’s blog posts/videos/podcasts read much like having a conversation with them in real life. They have a knack for translating somewhat dry medical research papers into terms that are both exciting and understandable. Though you’re guaranteed to get quality medical news, you may just catch Jonathan entertaining you with his explanation of gravitational waves (“waves made of gravity”), or Chris admiring how Star Trek predicted the future of medical invention. 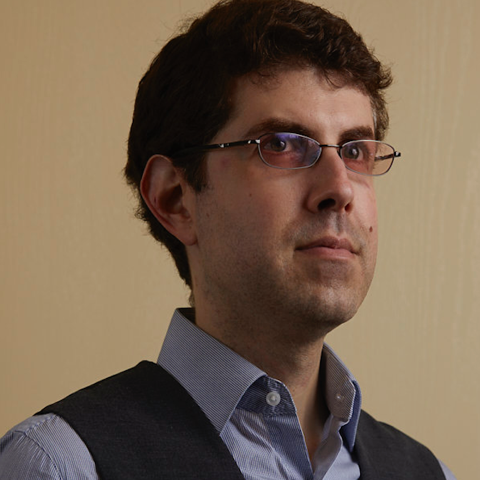 Jonathan Jarry, pondering where to get his next podcast idea. Photo: Michael Myers

The origin story of Body of Evidence is not what you’d expect – there’s no radioactive spider involved in creating these SciComm superheroes. Chris wrote a regular medical column in the Montreal Gazette to combat misinformation in the press around medical research. And Jonathan produced podcasts to critically assess the claims made by alternative medicine, called Within Reason. Jonathan heard about Chris through his column in the paper, and Chris was intrigued by the content of Jonathan’s podcasts. When they met to discuss how they could collaborate, Jonathan pointed out that they were just too busy to tackle the topic of medical myths regularly. But once their first podcast was produced, it was impossible to stop.

The way the media report medical discoveries can be confusing, and the perspective that comes from understanding the weight of the evidence is often lost. For example, Chris likes to point out the hype that arose in 2013 around claims that eating strawberries reduced the risk of heart attack in women. But when you looked at the original study, flawed methods and overstated conclusions were really misleading. The risk of heart disease was low to begin with, and the change in the overall risk was so low that you would have needed to force-feed berries to 30,000 women for a year to prevent only one heart attack. When put in those terms, the findings are a bit less exciting.

What makes Body of Evidence’s content unique is that Chris and Jonathan try to present medical science within its broader context, highlighting the weight of medical knowledge and how a given topic (or research result) fits within what we already know. Through their humourous back-and-forth, they provide their audience with the perspective needed to assess newly reported medical discoveries. With this complete picture, Chris and Jonathan hope their audience doesn’t fall for the hype of health fads. 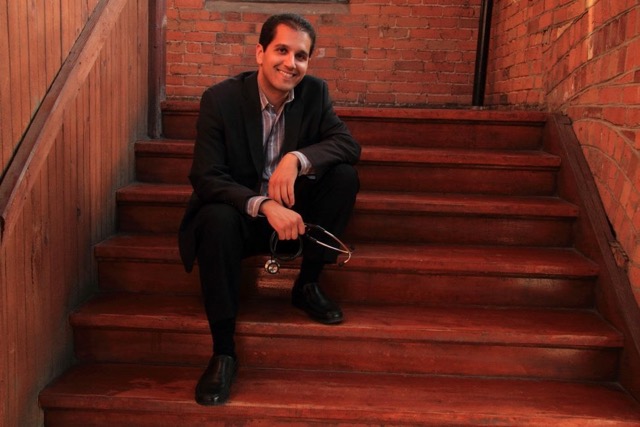 Health fads aren’t necessarily bad, but how effective are they really? Many people try out health fads in the hopes of staying fit or getting into shape for bathing suit season. Jonathan admits that in his youth he fell for some health fads himself. He tried some alternative medical treatments but found that the little effect they had was greatly outweighed by the risk of potentially life-threatening impacts (e.g. some herbal remedies can impact liver function). And as Chris and Jonathan educated themselves on the science of health, they became driven to help others understand health science.

Though Chris had some traditional media experience through his medical newspaper column, both Chris and Jonathan say they have no science communication training per se. They’re both self-taught through trial and error, and by emulating the style of some of their favourite science communicators including Neil deGrasse Tyson (astrophysicist and TV personality), Joe Schwarcz (who demystifies chemistry), Steven Novella (Skeptic’s Guide to the Universe), and Eugenie Scott (defender of science education in schools). Their high-quality science communication has established Body of Evidence as a trusted medical news source, but where do Canada’s Favourite Blog winners go for their news? Jonathan likes Science-Based Medicine and the content that comes up in his Twitter feed, while Chris prefers Vox and Facebook to point him to current news.

How do these busy men manage to produce such a unique and engaging medical science site on top of their hectic lives? They credit a combination of things. Firstly, they rely on some multi-talented volunteers who have an interest in what Body of Evidence tries to do. These volunteers are passionate artists, musicians, photographers, and more – people united in their interest in science and medicine, but who would otherwise not be able to take part in it. Secondly, though Chris and Jonathan jokingly say they give up sleep and a social life to produce Body of Evidence, they’re actually masters of perfecting efficient routines and schedules. And finally, Chris and Jonathan both feel that they accomplish more together than either can do alone. It’s a lot of work, but it’s a labour of love for both of them.

So if you’re looking for a way to cut through all the contradictory info about health claims, and gain some great material for small talk at cocktail parties, subscribe to Body of Evidence.

Chris and Jonathan would like to thank you, the readers, for voting their blog your favourite for 2017. And they would like to thank Science Borealis for the increased number of product offers arriving in their inbox since this prestigious award was bestowed on them.

One thought on “Body of Evidence: debunking medical myths”