Fifty years after it was first established, the Canadian point system for immigrants continues to have large effects on our culture, our economy and our diversity. The 1967 regulations valued education, occupational demand and age, a dramatic change from the racially discriminatory policies of the time. These regulations were the forerunner of today’s Federal Skilled Worker program.

Applying to the Federal Skilled Worker program is like playing a game: being between the ages of 18 and 35 is worth 12 points; speaking English, or French, or both is worth 16–28 points; having a job offer in hand is worth 10 points; and so on. If you reach 67 points, you may qualify to immigrate through this program. And many people will: over the next three years, Canada aims to welcome a total of 241,300 ‘skilled workers.’

Many potential immigrants will possess a STEM education, and where they choose to go with it counts. As the “American Dream” and a new, post-Brexit United Kingdom begin to change shape, looking to Canada seems more and more appealing. But even for someone with a university education, employment in Canada is not assured. According to the National Household Survey conducted in 2011, unemployment rates among immigrants with STEM degrees earned abroad is the highest of all STEM workers.

Unemployment rates (%) among people in Canada of all sexes with a bachelor’s degree or above in STEM, based on immigration status. Source: 2011 National Household Survey

Recent estimates by the Labour Force Survey in 2016 show a more general picture: landed immigrants with a degree in any field had a 6.9% unemployment rate, compared to 3.6% for Canadians. Encounters with Nigerian doctors driving taxis in downtown Toronto clearly indicate that immigrants are facing barriers translating their education into a job that matches their education and skill level. 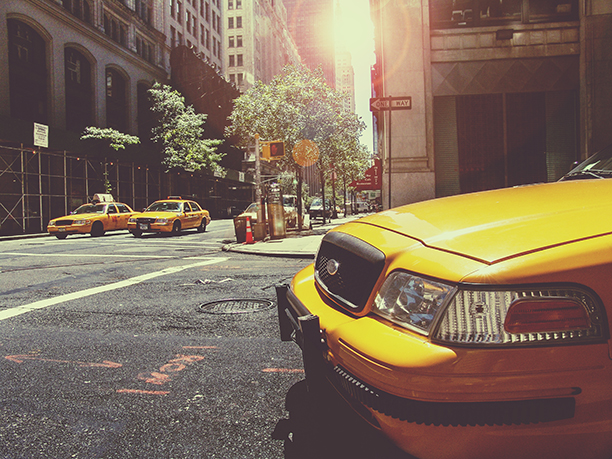 “Overqualified immigrants really are driving taxis in Canada,” according to the Globe and Mail. Photo by Ryan McGuire, CC0

To gain insight into these barriers, the federal government commissioned a report in 2014 by the Environics group titled the Foreign Credentials Report. In it, people reported that the main challenges to gaining employment were lack of Canadian experience, lack of English language skills, and lack of social capital. The lack of Canadian experience is especially important for people who need to complete profession residency requirements for their accreditation. For example, Tahani Baakdhah, who received her M.D. at the King Abdulaziz University in Saudia Arabia, told me that medial residency positions for international students are “limited and highly competitive”. The same problem applies to awards and scholarships, so she decided to pursue a graduate degree in Molecular Genetics to bridge the gap.

The Statistics Canada 2011 data also indicate social and geographic trends. Just jumping from province to province will give you different unemployment rates if you are an immigrant with a university degree, regardless of where you obtained it. 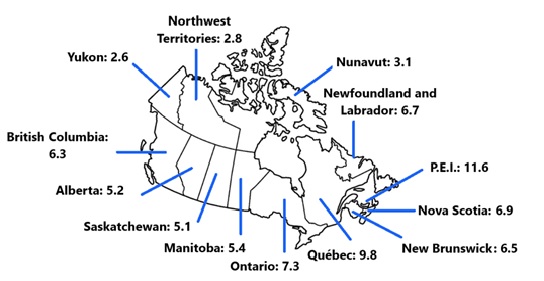 Unemployment rates (%) among immigrants with a bachelor’s degree or above (Canadian or foreign) in STEM, by province and territory Source: 2011 National Household Survey

Unemployment rates (%) among immigrants with a bachelor’s degree or above in STEM, by gender Source: 2011 National Household Survey

Other factors, such as race or disability, have not yet been quantified, but could make an already complex issue more difficult in the coming years.

Thankfully, many Canadian organizations are taking notice of the struggles incoming educated people have when trying to find employment. In 2015, the Association of Professional Engineers and Geoscientists of B.C. (now Engineers and Geoscientists of BC) passed a motion to waive the fee to examine credentials for refugees. The Immigrant Access Fund in Canada also provides loans to immigrants to aid in certification recognition and other fees.

Canada relies on educated and skilled immigrants to boost its economy. So, we need to make sure that they receive the institutional support required to overcome barriers to employment, and ultimately have the opportunity to earn a good living. A wider range of affordable language classes with sector-specific vocabulary, as well as entry-level positions to provide experience, will help. If we’re aiming to take in a quarter of a million Federal Skilled Workers by 2020, we should ensure they can achieve their professional potential.