This past Monday marked the 44th annual celebration of what has been popularized around the world as Earth Day. With climate change emerging as a key scientific and social problem of the 21st century, some scientists, engineers and policy makers are starting to consider geoengineering as a climate change mitigation strategy. 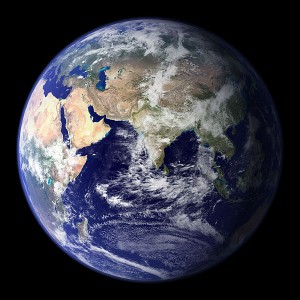 Renewable resources, such as wind, solar, hydroelectric, geothermal and nuclear energies, aim to curb carbon emissions by replacing fossil fuel infrastructure to some extent. Geoengineering strategies, however, try to reduce the effects of rising carbon dioxide levels and resulting warming temperatures without changing much of the existing infrastructure.

One of the major geoengineering strategies that has been proposed is carbon sequestration, capture and storage (CCS). This technology comes in a few varieties, but the basic principle remains the same: atmospheric carbon is collected in storage units (often underground) to lower global atmospheric carbon dioxide levels. Proponents of this technology claim that, with the help of these technologies, global carbon dioxide levels could be brought down to desirable levels even with the continued use of fossil fuels.

There are also a variety of more ambitious – and perhaps even somewhat extreme – geoengineering solutions that focus on reducing rising average temperatures by modifying incoming solar radiation. These strategies involve anything from covering much of the earth’s surface with white exteriors to reflect incoming sunlight back to space, to mounting giant mirrors in synchronous orbit around the earth to redirect sunlight from space. The socioeconomic acceptability of these more grandiose strategies, as with CCS, is far from universal. Hence, moving from conventional energy to renewable resources remains the single most viable strategy to combat climate change.

How do you think technology and engineering can help battle our ongoing climate woes? Share in the comments below.

For more on Earth Day itself, see these posts from the past week on the Science Borealis feed:

The latest technology & engineering posts from the Science Borealis feed include:

Elsewhere on the web:

What news in the world of technology and engineering has caught your eye this month? Let us know in the comments below or better yet, post your blog to Science Borealis!