It’s always exciting to hear about young, budding scientists and naturalists, like the group of schoolchildren in Devon, England who investigated how bees see colour. Closer to home, two young Canadian scientists recently published their findings – on parasitoid wasps, and fungal infections of highbush cranberry – in The Canadian Field-Naturalist.

In the journal foreword, Canadian Field-Naturalist editor Dr. Carolyn Callaghan highlights the importance of scientific mentorship, dedicating the journal issue to “all of you who have helped to develop scientific investigating skills and to fan the flames of enthusiasm in young scientists.”

Doing science at an early age doesn’t necessarily translate into becoming a professional scientist later in life, but can have significant positive effects on a young mind. By engaging in a scientific project and being mentored in the scientific way of thinking, students can develop their critical thinking skills: using evidence rather than relying on intuition, coming up with creative ways to answer questions and verify hypotheses, and clear communication of their ideas and outcomes to others. These qualities benefit students regardless of their future career, and couldn’t be needed more in today’s society.

So what were the paths to scientific success for Adamo Young of Ottawa, Ontario, and Kiri Daust of Telkwa, British Columbia? 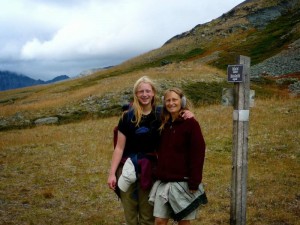 Both Young and Daust were exposed to science and nature at a young age — Young as a member of the Macoun Field Club (http://www.ofnc.ca/macoun/), and Daust less formally by his family, particularly his ecologist mother, Dr. Karen Price. Children exposed to the natural world often maintain an interest in the environment as adults, and avoid what author Richard Louv calls “nature deficit disorder”. If your child is interested in nature, Nature Canada lists many provincial organizations with nature clubs in cities and towns across Canada. You can also check out the Let’s Talk Science Partnership Program, which partners scientists with primary and secondary school students in the classroom, in the field, and in the lab.

While Daust had only to look down the hall for a mentor, Young had to do a bit of searching to find Dr. Peter Mason, from Ottawa’s Central Experimental Farm of Agriculture and Agri-Food Canada. Good mentorship is important not only for young researchers like Daust and Young, but throughout a science career. Even if Daust and Young choose not to pursue a scientific career, the skills they’ve gained â€“ such as scientific reasoning, observation, and deduction â€“ will serve them well in many future careers. It’s not the “facts” they discovered that matter, but the process they went through to get there.

Both Young and Daust presented their research at science fairs: Young won first prize at the Ottawa Regional Science Fair, while Daust attended various science fairs around BC. Both participated in the 2013 Canada-Wide Science Fair in Lethbridge, Alberta, where Daust won a silver medal and Young a bronze. Science fairs take place all across Canada, and can bring together young scientists with their similarly keen peers, as well as with mentors and professionals. It was at these fairs that Young and Daust were encouraged by judges and other scientists to publish their results.

It’s fantastic to see all the pieces of the puzzle come together for Young and Daust. It started with an initial science spark (or rather, science fuel, as explained by Canadian scientist and blogger Dezene Huber), which was fed by engaged mentors, public venues for them to present their research, and recognition by the community, in which they are now peers, of the scientific value of their work.

So if you’re a student, be curious! And as a professional, keep mentoring young scientists! In the end, it’s a win-win for science and society.