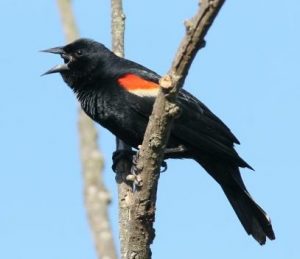 With the springing forward of our clocks and increased daylight, many Canadians are getting antsy for the arrival of spring, perhaps especially for our friends in the Atlantic provinces (darn you, Nor’easter!).

What can be more delightful than noticing the little signs that signal the arrival of a new season, such as the singing of a songbird, buds emerging at the tips of bare tree branches and the sparkle of water thawed from ice-covered ponds?

Here are some harbingers of spring to look out for across the country.

Eyes to the skies

Each spring, skies across Canada are filled with the sights and sounds of millions of birds arriving home from their southern wintering grounds. One of the first to watch (and listen) for is the red-winged blackbird. Males are dapper chaps, sporting glossy black feathers with bright red and yellow shoulder badges, called epaulets. Keep your eyes peeled for these medium-sized songbirds around wetlands, hayfields and meadows, and hear them sing a loud and unmistakable gurgling song of “konk-ke-ree.” 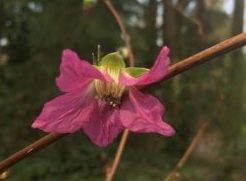 Salmonberry in bloom. Photo by space cowboy CC BY 4.0

Some of Canada’s major cities boast about the opportunity to see beautiful pink cherry blossoms, as the trees flower only for a limited time in spring. But if you want to see something even more exquisite and on the wilder side in coastal BC, search for blooming salmonberry. This native Canadian plant features deep pink flowers on cinnamon-coloured canes, and will eventually produce edible berries in late July.

These native shrubs provide food for birds like the rufous hummingbird, which arrive in western Canada from their wintering ground in Mexico. Look out for males that put on a stylized aerial display for females over large salmonberry patches.

Other species like camas lily and shooting star blanket the Nature Conservancy of Canada’s (NCC’s) Cowichan Garry Oak Preserve in BC. Get a close-up view of these native wildflowers and many more at NCC’s annual In Bloom Wildflower Festival.

The sound of love

Listen closely when you are near forested ponds and wetlands in eastern Canada. 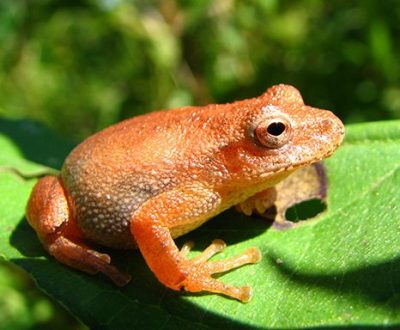 The “peep peep peep” call, which can be heard over half a kilometre, is the spring peeper’s mating song. This small tree frog is widely distributed in eastern North America and found in Manitoba, Ontario, Quebec, New Brunswick, Nova Scotia and PEI. Some people mistake these calls for a songbird, or even a cricket, but a full chorus of competing spring peepers can be quite raucous.

Other frogs, including wood and boreal frogs, can also be heard across Canada in the spring. Use the iNaturalist app to learn more about the species in your area. 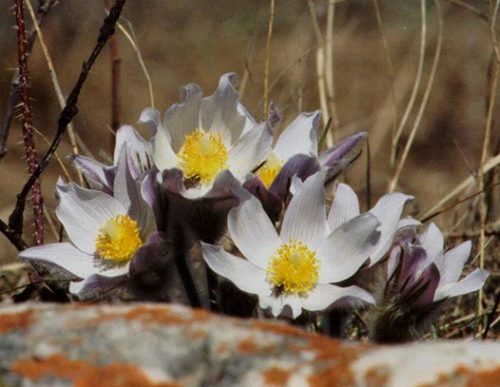 Legend has it that a forbidden love between a nymph and the west wind, which ended tragically, gave rise to the spring-blooming prairie crocus. A familiar perennial flower in the prairie provinces and the floral emblem of Manitoba, the prairie crocus is a great indicator that winter is over and warmer weather is on its way.

Contrary to what its name suggests, this plant is not a crocus, but an anemone in the buttercup family. The plant’s woolly hairs allow the prairie crocus to withstand cold, wind and snow, making it one of the early risers of spring. 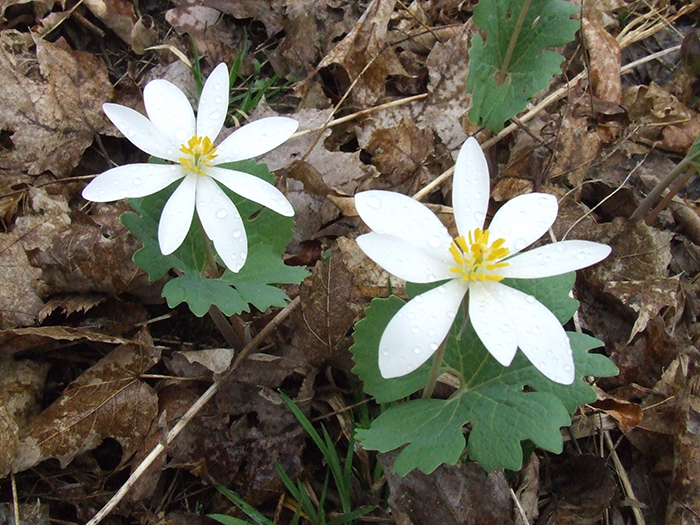 Bloodroot at Elbow Lake, ON. Photo by NCC

Bloodroot is a widespread native forest plant in eastern Canada. Despite its gory name, bloodroot emerges from the ground and blossoms out to a beautiful white flower with eight to 12 petals on a leafless stem. The plant gets its name from the red sap in its orangey roots. You may have to wait until mid-April to spot the flowers though!

Skunk cabbage, on the other hand, literally gives winter the boot by melting away surrounding snow, making it one of the first plants up in spring. The emerging plant generates enough heat to maintain a balmy 21o C in its nearby space.

This unusual looking, strong-smelling plant has huge green leaves and mottled crimson spathe (a cowl) that protects the clusters of flowers inside. You can find this beauty in wet areas such as swamps and marshes in southern Ontario and Quebec, and parts of the Maritimes. Western skunk cabbage also blooms early in the spring, but unlike its eastern cousin, cannot generate its own heat.

Taste the sweetness of spring 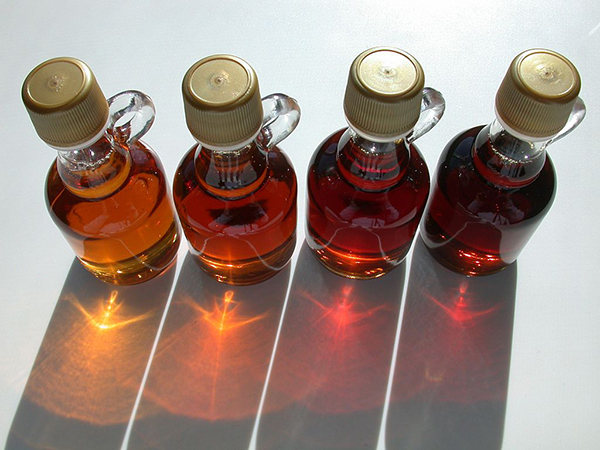 Across Canada, sugar maple tapping takes place in spring, before trees leaf out. Trees are tapped when it’s below freezing at night, and just above freezing in the day, when there is a sustained flow of sap. The sap eventually gets concentrated into the syrupy breakfast table staple. The tapping process is already underway this year, with many communities and farms offering tastings and tours.

What signs of spring have you spotted recently? Share your pictures with the Nature Conservancy of Canada through its First Signs of Spring: Early Bird Edition photo contest or using the hashtag #NCCEarlyBirds.