The ability to replace worn out joints sometimes feels like the new normal in today’s world. Over 100,000 Canadians underwent surgery to replace deteriorating knees and hips in 2013–2014 and that number climbed to over 1 million in the United States. A 2015 study estimated that just over 7 million Americans go about their daily lives with these bionic body parts. Although advances in technology and surgery make joint replacement appear almost ordinary, multifaceted joints such as the ankle have proven to be much tougher. The US Center for Disease Control and Prevention (CDC) reported that in 2010 fewer than 4500 people in the US underwent total ankle replacements (TARs); in Canada that estimate is closer to 250 to 350 a year according to Dr. Timothy Daniels, Chief of Orthopaedic Surgery at St. Michael’s Hospital in Toronto and Professor of Orthopaedic Surgery at the University of Toronto.

Ankles, and by extension feet, are challenging to repair due to how impressive they are: composed of 26 bones, 33 joints, and over 100 muscles, ligaments, and tendons, they can move up and down, side to side, twist to various angles, absorb shock, and navigate uneven surfaces. Almost everyone has walked on their tiptoes or heels at some point in their lives too, a testament to the versatility of this joint. Dr. Daniels, who is also the co-founder and inaugural president of Canadian Orthopaedic Foot and Ankle Society (COFAS), notes, “The ankle joint accepts approximately five times the body weight with every step. This is at least two times the forces when compared to the knee or the hip joint with only one-third the surface area. A 150-pound person walking one mile puts over 60 tons [of] accumulative force through their feet. The fact that arthritis of the ankle is far less common than arthritis of the knee or hip makes it an amazing joint.” But in large part, it’s also these amazing qualities that make successful ankle replacement surgery a huge challenge.

The main bones of the ankle (left) and how your ankle moves up (dorsiflexion), and down (plantarflexion) (right) Credit: eOrthopod—used with permission

“Our biggest challenge with ankle replacements in the past was not having the correct materials and engineering to address the challenging structure of the ankle..”

TARs still aren’t common even though they first popped up over 40 years ago. The earliest models suffered high complication and failure rates due to factors such as the loosening of device components and subsidence or osteloysis (the progressive loss of bone) at the bone-implant interface. Dr. Lew Schon, Chief of Foot and Ankle Services at MedStar Union Memorial Hospital in Baltimore and Associate Professor of Orthopaedic Surgery at Johns Hopkins University, points out, “Our biggest challenge with ankle replacements in the past was not having the correct materials and engineering to address the challenging structure of the ankle…by all anatomic variables, the challenge presented by the ankle was quite extreme.” Dr. Schon, a former President of the American Orthopaedic Foot and Ankle Society, explains that compared to the knee or hip, the ankle has lower bone density and surface area, while being intimately surrounded by ligaments, tendons, nerves, arteries, and minimal tissue. 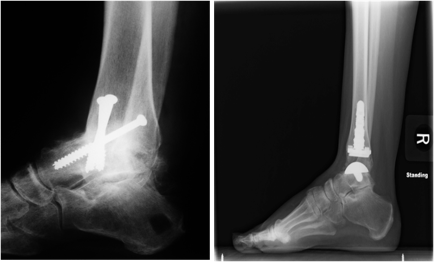 The image on the right is an X-ray of an ankle fusion (using three metal screws that show up as bright white). The shin and the ankle have fused together and the space between them is no longer visible. The image on the left is an X-ray ofan ankle replacement (which shows up as bright white).  Credit: American Orthopaedic Foot and Ankle Society (AOFAS)—used with permission.

Currently, end-stage ankle arthritis is most effectively treated by ankle fusion, or arthrodesis, where any remaining cartilage is removed, the bones fixed together with hardware, and the shin (tibia) and ankle/foot (talus) bones fuse into one. Although ankle arthrodesis can relieve pain and improve the patient’s quality of life, it isn’t ideal. Fusion clearly limits otherwise normal ankle movement and can increase stress on nearby joints. Dr. Johnny Lau, an orthopaedic surgeon at the University Health Network in Toronto and Assistant Professor of Orthopaedic Surgery at the University of Toronto, says, “because you’re losing your ankle motion, the joint below the ankle will wear out and it’s been shown in long term studies that over 10 to 15 years you can end up with adjacent joint arthritis.” 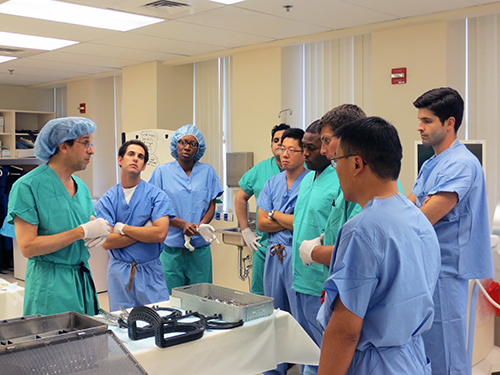 Today there are a variety of third-generation ankle replacement systems on the market that have leveraged the lessons learned from older models and other joints. As Dr. Schon explains, “Over the last 30 years, doctors and engineers have analyzed these limitations and, along with the availability of better materials and technologies, we’ve been able to design better implants and come up with better technical methods of inserting the implants.” In general, the majority of current ankle prostheses are designed as 2- or 3-component systems that include metal components, such as titanium and cobalt chrome alloys incorporated into the tibia and talus, along with a high density polyethylene bearing insert that is either mobile or fixed into the metal component. Implants also use porous coatings to facilitate osseointegration and bone ingrowth, as well as to help prevent infection.

Data suggest that compared to ankle fusion, patients may be more satisfied with replacements, and TARs may preserve better anatomical movement.

Some of the latest TAR systems feature advancements such as using streamlined designs that simplify surgical complexities, preserving more bone during the operation, or using optimized materials such as highly cross-linked polyethylene (shown to be more resistant to wear in other joints), and a tantalum-based material shown to have mechanical properties similar to spongy bone (one of the two types of bone tissue that make up bone).

Mathematical methods (such as finite element analysis) have also been employed to develop TAR models that characterize the wear they experience, or study the kinematics and contact pressures they’re subjected to during daily activities. Beyond mechanics, the use of biological-based treatments such as growth factors in ankle fusion, bone marrow concentrate or tissue grafts for defects in ankle cartilage, or stem cell sutures for orthopaedic injuries, are also showing promise in helping to heal ankle problems. 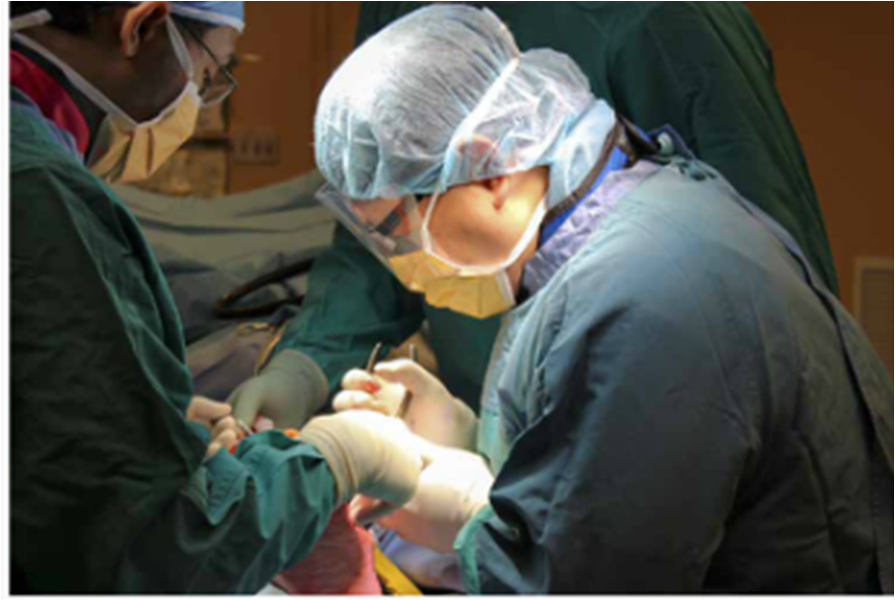 With the foot and ankle device market expected to surpass 5 billion US dollars by 2020, the specialist community knows the importance of robust studies and trials to develop the best treatments. Data suggest that compared to ankle fusion, patients may be more satisfied with replacements, and TARs may preserve better anatomical movement. However, TARs appear to suffer from higher short term re-operation rates, and current data indicate they may only last for 10 to 15 years.

The economic burden of osteoarthritis and musculoskeletal injuries is significant and the need to develop reliable, safe, and robust treatments is paramount. The disability associated with end-stage ankle arthritis is equivalent to end-stage hip arthritis. With many patients experiencing difficulty with basic activities like walking, patient perceptions of physical impairment are similar to severe medical problems such as congestive heart failure. Yet the wait times to see foot and ankle specialists in Canada are usually much longer compared to other orthopaedic specialists, often leaving patients in agonizing limbo.

In large part, the success of TARs will depend on the longevity of the device, which Dr. Lau explains is one of “the biggest issues for a young person. Most people with arthritis of the ankle are in their working age, so if you’re 20 or 40 years old with ankle arthritis you might be better off with a fusion. But an innovation with fusion is to do them in such a way [as] to save the anatomy and possibly convert to a replacement later.” Dr. Schon is already starting to see better outcomes with TARs: “The biggest problem was getting the technique, the technology, and the materials up to speed. I do feel with our current generation of ankle replacements, we have a procedure that will replace fusion. It’s not the standard yet but it will be, even for younger patients.”

7 thoughts on “Move over knees and hips, ankle replacements are about to become the next big thing”