As editor of the Science in Society category here at Science Borealis, I’m always on the lookout for cases where science has found its way into popular culture. But last week’s news about an unusual dinosaur found in China reminded me that often popular culture finds its way into science.

The dinosaur in question, Qianzhousaurus, is nicknamed “Pinocchio Rex” for its long nose â€“ a reference, of course, to the puppet in the children’s story by Carlo Collodi. This is not the first time a scientific find has been nicknamed after a fictional character. Found on the island of Flores, Indonesia, Homo floresiensis is our tiny ancestor who is referred to as a Hobbit for its diminutive size.

Nicknames are one thing, but popular culture also influences official species names. A recent example is this species of sponge found in Malaysia, named Spongiforma squarepantsii – after the cartoon character SpongeBob SquarePants. 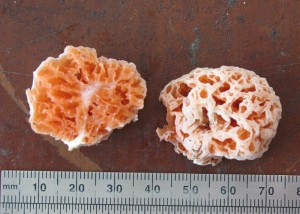 In fact, there are species named after just about any famous character, person, or thing you can think of. Elvis gets a gall wasp, Preseucoila imallshookupis; a sexy trilobite with an hourglass shaped glabella is named Norasaphus monroeae, for Marilyn Monroe; a clam that appears to have dreadlocks is called Rasta; a single-celled eukaryote gets its name, Roombia katablepharid, from the Roomba robot vacuum because of the way it glides and feeds; and an entire US Republican leadership earned a series of slime mold beetles: Agathidium bushi, A. cheneyi and A. rumsfeldi. 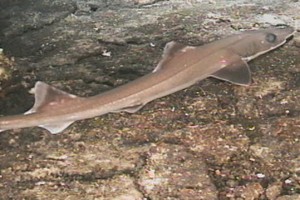 As it turns out, naming species for people, characters, events, and even as insults, has a long history â€“ one that goes back to Carl Linnaeus himself. According to the folks over at Curious Taxonomy:

Cypraea isabella – Linnaeus 1758 (Isabella’s cowrie) Linnaeus named this parchment-colored, brown-streaked shell after the color “Isabella.” The color was named after Archduchess Isabella of Austria, who vowed not to change her underwear until her father, Philip II, won the siege of Ostend. The siege lasted three years.

And not just species, but other scientific entities are named for various popular characters and people. Sonic Hedgehog is a gene; Dolly (named for Dolly Parton) was the first cloned sheep; C3PO and R2D2 are proteins; and 6542 Jacquescousteau and 10739 Lowman (after Meg Lowman, canopy botanist) are asteroids. 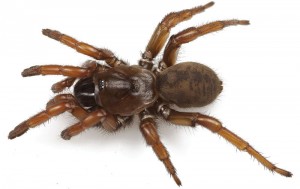 Of course, the downside of naming species and scientific objects for people or other popular icons is that many of those names will become meaningless over time. Two hundred years from now, will anyone know who SpongeBob or Angelina Jolie are?

Or will it even matter? To submit a taxonomic name requires the scientist to explain the etymology of the name. Maybe the names drawn from popular culture will provide a trove of interesting reading for future generations. 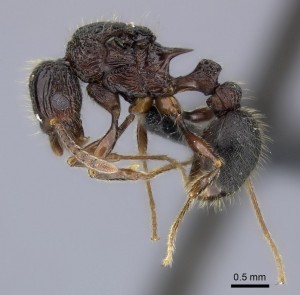 Here are some collections of entertaining taxonomic titles:

From the Borealis feed:

Even everyday taxonomy can be a window into the private lives of scientists, as we see on Terry Wheeler’s blog about new flies named in 2012, and Morgan Jackson’s timely Mother’s Day taxonomy tidbit from 2013.

More along the pop star theme, Jackson also explains how a bee came to be named for an epithet used by a Big Bang Theory character, and another named after BeyoncÃ©.

If you could name an organism what would you name it after? We’d love to hear your thoughts in the comments, on Twitter, or on Facebook!

One thought on “Pop Star Taxonomy: What’s in a name?”