After our Science Borealis Reader Survey, we randomly selected four participating blogs to be profiled here on the Borealis Blog during 2016. This is first of those featured posts.

Blogger Zazie Todd combines a PhD in psychology with a deep love of animals to fuel the content on her popular blog, Companion Animal Psychology. Exploring all angles of people’s relationships with their pets, Zazie is a keen follower of research about pets and an advocate for training methods that don’t use force. She’s also a big supporter of readers submitting photos of their happy dogs to her blog. Science Borealis recently interviewed Zazie to learn more about the blogger helping us read between the barks (and meows).

Science Borealis: Tell me a little bit about your background as it relates to the blog. 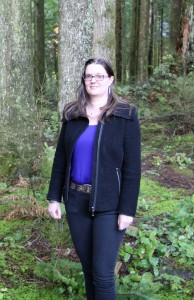 Zazie Todd: My background is in psychology and for a long time I was an academic psychologist. I was very lucky. I came to Canada and enrolled in the MFA program in creative writing at UBC, which was wonderful. I’d always wanted to do something in creative writing. I thought it would be nice to start a blog that used my science background as well as, obviously, allowing me to write. The great thing about my blog is the breadth of the topic. It’s basically anything to do with people’s relationships with pets, so it’s a lot of fun. I didn’t want to do something on exactly the same topic I used to do academic research on, so it’s given me a chance to move into something slightly new as well.

Why did you choose pets?

I have pets of my own now and had several pets in the past, and I think there’s some really interesting work being done on how people interact with pets, what’s good for them, and also to do with animal welfare and animal behaviour and dog training. I’m also a dog trainer. I’ve been studying at Jean Donaldson’s Academy for Dog Trainers, which I hope to finish soon, and so I’m very interested in stories about dog training as well. And I volunteer at my local animal shelter, so pets take up a lot of my life, and it’s good to write about them too.

I’ve got one called The Right to Walk Away, in which I looked at the recent study by Sarah Ellis on cats and where they like to be petted. What was really nice about the study is they just gave the cats free choice, so the cats could walk away if they didn’t like being petted. I wrote about how we could learn something from this because we see a lot of people expecting to force animals to interact with them and not really giving the animals a choice.

“… dogs got the reward anyway but didn’t have to work for it, and they were not as happy as the dogs that had to work to get the reward…”

I think that’s probably one of my favourites, but I have a second favourite too. It’s called Do Dogs Get that Eureka! Feeling? The study was about the Eureka effect in dogs. It’s a study by Ragen McGowan et al., in which they trained dogs to do some complicated tricks, such as playing a dog piano. The dogs had to do a trick to gain access to a reward in another room. But the researchers had another set of dogs that spent the same amount of time trying to earn the reward as the experimental dogs, but were only rewarded when the experimental dogs successfully completed their trick – in other words, the second group of dogs got the same reward after the same amount of time, but didn’t control their own destiny in receiving it. So basically these dogs got the reward anyway but didn’t have to work for it, and they were not as happy as the dogs that had to work to get the reward – maybe because of the uncertainty, or maybe because of the lack of agency. That’s a very nice study and I really enjoyed writing about that one.

That’s interesting. How do you measure happiness in dogs?

One of the things they looked at was how much the dogs wagged their tails. Another thing they noticed actually had to do with unhappiness. The dogs that didn’t have the chance to work for the reward began to be unhappy about going into the room. They were just going to wait and then after some time they would get the reward, but they were reluctant and they had to be coaxed into the room, whereas the other dogs were very happy to go in there. 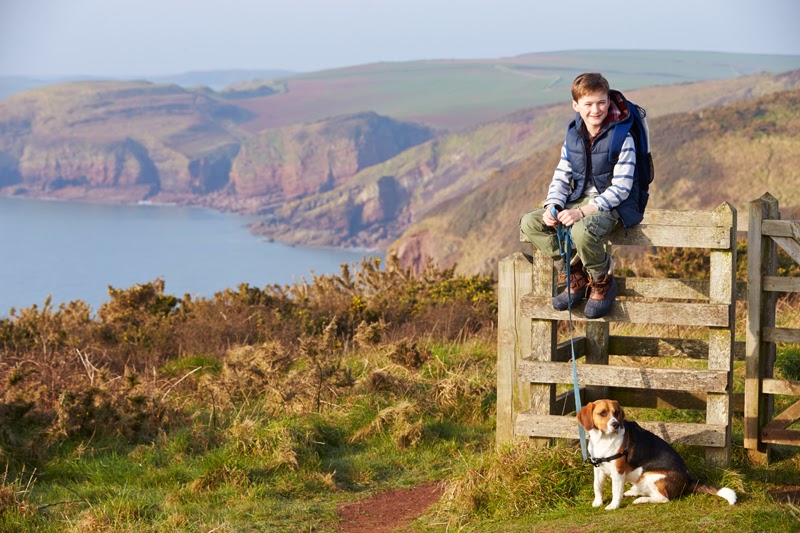 Happiness in dogs can be measured by observing tail wagging and eagerness to participate in an activity.
Photo: Monkey Business Images / Shutterstock

If there were one misunderstanding that you could clear up about people and their pets, what would it be?

Unfortunately, there are probably quite a few misunderstandings, especially about dog training.

Can you describe a few?

“…there’s no need to use aversive methods in dog training.”

If you use aversives, there’s a risk that the dogs will become fearful and they might even become fearful of their owners. By aversives, I’m talking about things like shock collars, or pinning the dog down, or hitting the dog, or jerking the leash in an unpleasant manner. It’s not very nice to the dog but it’s very, very pervasive. That’s one of the things that I like to try and clear up on my blog. Other times, I actually just ignore it because I want to get a positive message across and not give any exposure to that kind of view.

Have you ever written about something that was controversial?

Could you tell me a bit more about your scientific background? I’m interested in how it relates to the blog.

My background is in psychology, mainly the psychology of communication and communication about risk and people’s use of metaphor. Not just literary metaphors. One of the things about metaphor is, it’s not just poetic. Actually we use it in everyday language without even thinking about it or noticing it. I mean, that comes back to the use of the ‘pack’ metaphor. It’s something that people don’t even think of as a metaphor but it is, obviously. So that’s very interesting to me. Back when I was thinking about doing my PhD I was kind of tossing up between two subjects. One of them was to do with cats and the other was to do with metaphor, and I picked metaphor. I don’t regret that at all but it’s quite nice to have the chance to come back and do some work on animals as well.

This interview has been edited and condensed.

Read Zazie’s work at Companion Animal Psychology, and if you’re interested in learning even more about pets, she also recommends Dog Spies, Do you Believe in Dog, and The Dog Zombie.