SciWri2019 is the perfect place to brush up on your science writing skills. From professional development to the latest research, it’s all covered in this five-day science extravaganza by the National Association of Science Writers and the Council for the Advancement of Science Writing (CASW). If you didn’t get a chance to attend SciWri2019 this year, I’ve got you covered. I was lucky enough to attend the conference for the first time and I’m here to tell you about some of this year’s highlights. 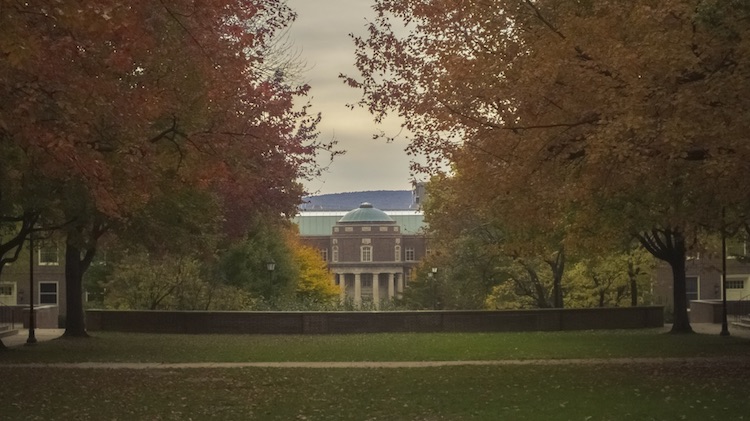 I decided to write up my expectations before attending the conference to help me decide whether or not SciWri2019 measured up. I found out about Science Writers 2019 by talking to writers. It is my ambition to be science writer when I finish my PhD and I’ve conducted a couple of informational interviews with writers to find out about what it involves. All my interviewees mentioned networking as a key component to having a successful career as a writer and I was told that SciWri2019 would be a great place to meet a wonderful community of writers and editors. I was also secretly hoping to find a mentor.

I hoped there would be some good information on how to improve my writing skills. I was definitely looking forward to some practical advice on how to write convincing arguments and talk about controversial issues. Finally, I was really excited about the science. I had a nerd-out when I read the program and saw talks ranging from climate change to molecular circuits.

So with all that in mind, I headed to Science Writers 2019 at Penn State University. I was a little hesitant about networking. I am introverted and I didn’t know a soul at the conference. To my great surprise and delight, I found networking was really easy because the attendees were friendly and approachable.

Workshops such as Science Writer for Hire and #SciMentoring were particularly useful for meeting people. The craziest session was Science Writer for Hire where editors and public information officers wore hats to identify the organisations they represented. Writer and students approached them and chatted about employment opportunities. This was a frenzied two hours of loud frantic conversations in a tightly packed room. All the craziness aside, it was good fun â€“ even for an introvert.

I also attended the #SciMentoring workshop and had an exceptional experience. I met Deborah Stine, a former professor who is now a consultant and science and technology writer. She was also looking for a writing mentor. We were introduced to our potential mentor Jeff Grabmeier who is the Senior Director of Research Communications at Ohio State University. We had a fascinating conversation about career progression and Deborah and Jeff had practical advice on how to get my budding science writing career off the ground. To be honest, I think I accidentally got a two-for-one special on mentors and I am thrilled. 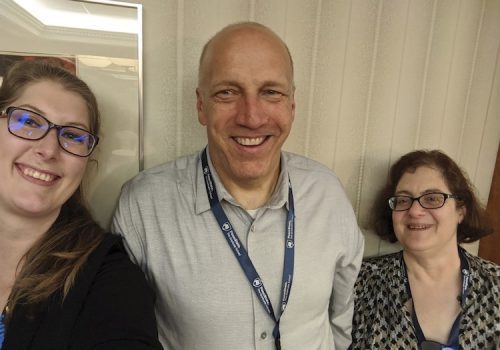 Me, with Jeff and Deborah during the #SciMentoring event. Photo credit: Jeff Grabmeier, used with permission

The entire conference was filled with opportunities to meet people, from chatting to folks in a shuttle on the way to the conference to the actual workshops. My pro tip for anyone attending this conference for the first time â€“ bring business cards. Everyone used them to exchange information and get connected. A Twitter account helps too. In case you don’t have a card, people can find you there.

As for learning about how to improve my writing, workshops such as Science Not Stigma: navigating empowering language and Science + Science Writing: When ideology or special interests hijack science topics were particularly useful. In the former, a panel discussed how to make a conscious effect to provide respectful coverage of different groups who are often victims of stigmatising language and bias. Panel experts discussed appropriate ways to write about disabilities, obesity, and the trans community. The Science+Science Writing workshop was the session I enjoyed the most: its panel discussed techniques on how to debunk science myths and how to check your own biases before covering a story.

In all, I learnt a great deal to help with my writing, but I was a little disappointed by the lack of interactive hands-on learning opportunities. The conference mainly used panels and lecture-style workshops for teaching new ideas. I would have liked to have seen more activities and interaction with attendees. Hands-on writing activities such as writing a short blog post or news blurb with the help of a panel of experts would have been more engaging. Having a Tweet of the Day competition would have been another great way of actively involving the attendees. 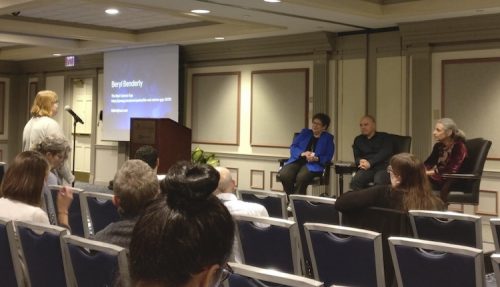 Science +Science Writing: When ideology or special interests hijack science topics. The members of the panel that answered questions after the session were Beryl Benderly, John Cook and Tamar Haspel. Source: Tarryn Bourhill, used with permission

The science covered during the conference was phenomenal. I didn’t get the chance to go on any of the tours, but the lectures and talks, presented by CASW during the New Horizons part of the conference were compelling, quirky, and fun. From talks on brain biology to the Mars rovers, there was a smorgasbord of science on display, and I was thrilled to learn about it all. 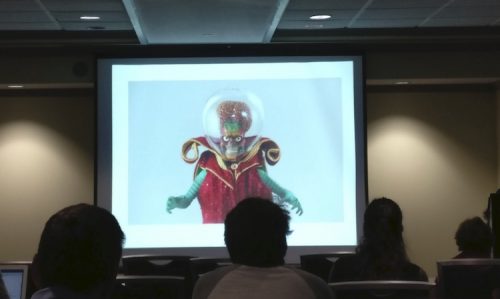 Introductory slide from Chet Sherwood’s talk, “What changes in primate brains can tell us about ours.” Photo by Tarryn Bourhill, used with permission

I have only one complaint about the conference â€“ the scheduling. There were simply too many great workshops being held at the same time. They had a lot of parallel sessions and when I chatted to other participants who had attended a different workshop, I got a sudden case of FOMO (fear of missing out). I admit I was a little disappointed by the fact that I didn’t meet any Canadian writers or editors during the conference. I guess the moral of the story is if you wanted to build a similar network here in Canada, attend a similar Canadian writer’s conference (check out the resource list at the end of this post if you want to know more).

If you are feeling inspired to improve your writing, participate in some professional development, or just want to expand your network after reading this post (and I hope you are), then check out the list of great resources I have created for the upcoming year with the help of my Science Borealis colleagues. From conferences to courses, we have included as much as we can to help you get started.

Conferences to watch out for

So you want to SciComm?

The Craft of Science Writing