Congratulations to the Westcoast Women in Engineering, Science and Technology (WWEST) Blog, this year’s winner of the People’s Choice Awards: Canada’s Favourite Science Blog! The award, voted on annually by the public, is sponsored by Science Borealis and the Science Writers and Communicators of Canada (SWCC), and celebrates excellence in online science communication.

Based out of Simon Fraser University (SFU), WWEST is the operating name for the 2015â€“2020 Natural Sciences and Engineering Research Council of Canada (NSERC) British Columbia and Yukon Region Chair for Women in Science and Engineering (CWSE), currently held by Dr. Leslie Shannon, a professor of computer engineering at SFU. WWEST is one of five regional CWSEs across Canada.

The purpose of the CWSE, which started in 1996, is “to increase the participation of women in Science, Technology, Engineering, and Mathematics (STEM), and to provide role models for women active in, and considering, careers in these fields.“ WWEST has refined its own mission to”engage industry, the community and students to increase the awareness and participation of women and other under-represented groups in STEM fields of study and careers.”

The WWEST Blog largely features the writing of students hired from SFU’s communication studies program. Topics relate to issues affecting women or other under-represented groups in STEM and are inspired by social media movements such as #WhatAScientistsLooksLike and #WhatAnEngineerLooksLike, as well as the writers’ own interests. Check out these important posts in the WWEST Blog archive: White Coat Myth: Not All Scientists Wear Lab Coats, Influential Women of Colour in STEM, Is Passiveness in Wage Negotiations to Blame for Pay Gap?, and Press Start: Diversifying and Destigmatizing Gaming. 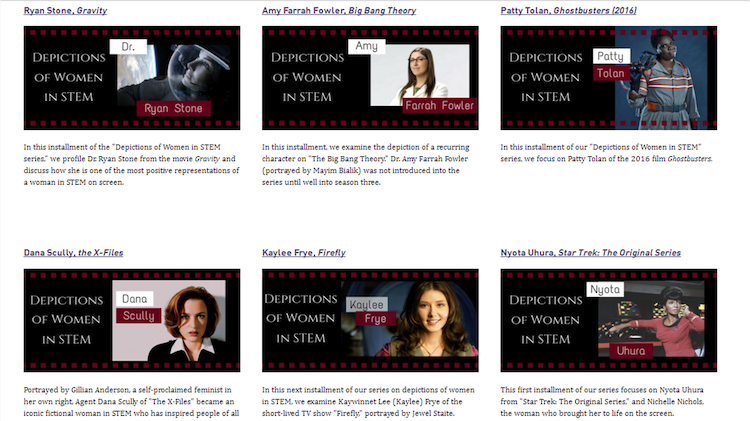 Some of the site’s most successful posts look at how movies and television shows depict women in STEM. Feedback to the first of these posts led to the organization creating a series on the topic, called Why Media Matters â€“ Depictions of Women in STEM. Posts profile everyone from Uhura on the Original Star Trek to Willow on Buffy the Vampire Slayer and Cosima on Orphan Black to Shuri in Black Panther.

“One of my students came up with the concept, because she was really into pop culture and she had an interest to look at this topic,” says WWEST Program Manager Danniele Livengood. “I was like, ‘Go for it!’, and then it became a whole series and we keep doing it…. Sometimes I don’t want to read a post because I haven’t seen that show yet!”

Livengood notes that the series is special. “Not a lot of the groups focused on women in STEM actually talk about the role of media portrayals and how that can impact girls seeing themselves as belonging there.” 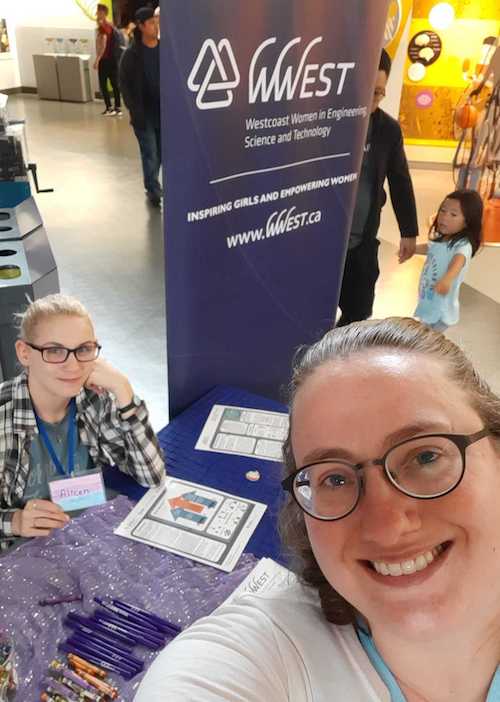 Another topic on WWEST’s radar is NSERC’s Dimensions, part of the tri-agency Equity, Diversity, and Inclusion Action Plan. The Dimensions program is designed to foster increased research excellence, innovation, and creativity across all disciplines within the post-secondary sector in Canada through greater equity, diversity, and inclusion. This includes but not limited to women, Indigenous peoples, people with disabilities, and members of visible minorities groups and LGBTQ2+ communities. It parallels similar programs such as Athena SWAN in the U.K. and Ireland, and SEA Change in the U.S. Canada’s Dimensions currently includes a charter of principles and a pilot program targeted at post-secondary institutions.

The WWEST blog is one of several communications tools the organization uses to get information out to its audience â€“ there’s a newsletter, the Best of the WWEST podcast, and social media. But WWEST’s blog lets readers delve into issues more deeply than these other outlets.

“Blogs can be that place where people come to learn more about a topic,” Livengood says. “To explain something further is a really good way to make sure people are taking on board pressing issues but also becoming well informed…. Our blogs include links to external articles and research sources to help further a reader’s understanding of that topic.”

On winning the Favourite Science Blog award, Livengood says, “It’s been a lot of fun. When we posted that we won, we got lots of likes! Science Borealis is a great site, and it’s really nice to see the focus on a Canadian perspective, and how the longer-form blog posts provide a lot of hyperlinks to more information about an interesting reference or an unfamiliar term.”

Moving forward, WWEST is always “looking at how the Women-in-STEM topic is developing nationally and worldwide and trying to stay curious and on top of the latest research and best practices of diversity in STEM,” Livengood says.

Be sure to check out this profile of the winner of the People’s Choice Awards: Canada’s Favourite Science Site.

And congratulations, once again, to WWEST for being voted Canada’s Favourite Science Blog!