Last week marked the 14th annual UN-declared World Space Week (WSW). Celebrated from October 4-10, it was started in 1981 by the World Space Association as “Spaceweek” to commemorate the moon landings. The dates of WSW were selected to coincide with the anniversary of Sputnik-1 which was launched on October 4, 1957, and the Outer Space Treaty which came into effect October 10, 1967. The desire to explore outer space has both triggered and benefited from advancements in engineering and technology, transforming the two-nation space race of the mid-20th century into a global affair.

Many countries around the world have government-funded space programs. Both the National Aeronautics and Space Administration (NASA) and the Russian Federal Space Agency (RKA) are well known because of their history and human spaceflight capabilities (although NASA’s Shuttle program was retired in 2011). Many of the countries in the European Space Agency (ESA) also maintain their own organizations, while other nations with space agencies include China (CSNA), India (ISRO), Japan (JAXA), and Brazil (AEB). Dedicated funding for space programs is also found in Australia, and in countries in East, South, and South-East Asia; South America; the Middle East; and parts of Africa. 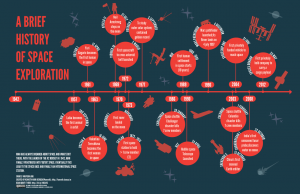 Although the Canadian Space Agency (CSA) was officially created in 1989, Canada was involved in the early days of artificial spacecraft design. In 1962 we launched Alouette-1 from California, and became the 3rd country in the world (behind only the US and then USSR) to have a satellite in outer space that we had designed and built ourselves. It cost roughly $3 million dollars at the time which, after accounting for inflation, would put it at just above $23 million dollars today.

Not surprisingly, space is not cheap. CSA’s 2013-2014 budget estimate was $488.7 million dollars, but this is only a fraction of the total global space budget of $72.1 billion US dollars. Although NASA and RKA are the top two spenders (with the US spending over 50% of the total amount), several countries (including China, India, France, Japan, Germany, and Italy) have allocated at least $1 billion toward their space agencies.

All this makes the Indian Space Research Organisation’s (ISRO) recent success with its Mars Orbiter Mission (MOM) spacecraft all the more interesting. MOM received a lot of attention when it entered the Martian orbit this past September, as it made ISRO the 4th space agency to reach Mars (after NASA, RKA, and ESA), only the 2nd to be successful on its first attempt, and also the cheapest at about $74 million US dollars. This is 11% of the cost of NASA’s Mars Atmosphere and Volatile Evolution Mission (MAVEN), which entered orbit around the same time.

However, a simple cost comparison is not a fair exercise since the two missions have different objectives, thus the R&D and engineering to implement the plans will vary correspondingly. MAVEN is part of a larger Mars Scout program and focuses on detailed analysis of Mar’s upper atmosphere, so its costs are reflective of the array of advanced instrumentation it carries. MOM is primarily a technology demonstrator that will also collect scientific data about the planet. However, just travelling to Mars remains difficult: recent attempts by Russia in 2011 (which also included a CNSA orbiter) and Japan (1998-2003) both failed to reach the red planet. MOM was able to reach Mars within the scheduled timeframe, and cost less than 65% and 40% of the budgets of the Russian and Japanese missions, respectively. Much was also made of MOM costing less than the 2013 Hollywood blockbuster Gravity, about astronauts stranded in space.

Well-defined goals allowed ISRO engineers and scientists to keep costs down. MOM’s payload of 5 scientific instruments weighed about 15 kg while the entire spacecraft was roughly 1500 kg. This light weight, combined with the use of the Hohmann transfer orbit (also used by MAVEN), helped to minimize fuel consumption. Other factors that helped to streamline costs included the fast project turnaround (starting with a feasibility study in 2010 to reaching Mars by 2014), using existing Indian-based technology, and a phased project management approach. As of today, both MAVEN and MOM are working and have returned observations and photographs of Mars back to earth.

Placing human-made technologies into outer space is a relatively recent endeavour in our history, and tremendous resources have been invested to address the uncertainties and risk involved with space exploration. We will continue to use our engineering and technology capabilities to answer questions both about our own planet and the universe, and there is no single model of how it should be done or what it should cost. The simultaneous presence of both MAVEN and MOM in the Martian orbit (along with other satellites and on-surface rovers) demonstrate the potential and value of having interplanetary missions with diverse objectives working side by side.

Here is the latest technology & engineering news from the Science Borealis feed and elsewhere on the web: