“Political language – and with variations this is true of all political parties, from Conservatives to Anarchists – is designed to make lies sound truthful and murder respectable, and to give an appearance of solidity to pure wind.”

Political discourse today is filled with soundbites, buzzwords, and slogans that are repeated ad nauseam. The recent Ontario provincial election brought with it seemingly endless mentions of “hallway medicine”, “a no Wynne situation”, and “sorry, not sorry.” But what do these repeated words and phrases actually accomplish? How do they work in the mind of the voter?

What are soundbites, slogans, and buzzwords? A soundbite is a short clip or phrase meant to represent a larger message. They are usually excerpted from a speech and stand in as a distillation of that speech. John F. Kennedy’s “Ask not what your country can do for you, ask what you can do for your country” is a classic example, excerpted from his 1961 inaugural address.

A much-cited 2011 article in the Journal of Journalism Studies found that between 1968 and 1988, the average soundbite played on U.S. television news dropped in length from 43 seconds to nine seconds, and continues to shorten. 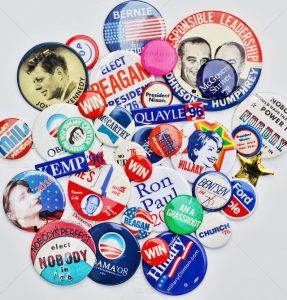 Political slogans are standalone phrases cooked up by political parties to represent a bigger idea. To use another well-known American example, Donald Trump’s “Make America Great Again” is a slogan that attempts to boil down the goals of his administration to only four words. A slogan can come from an attack ad against an opponent, such as the Conservatives’ “Just not ready” ads directed at the Trudeau Liberals in Canada’s 2015 federal election.

Finally, buzzwords, in a political context, are words or phrases that act like slogans for specific ideas. “Fake news” has become a buzzword used by the American Republican party to allege biased reporting by the media.

For the purposes of this post, I’ll be considering buzzwords and slogans under the general heading of soundbites, since they’re all brief bits of language meant to serve as shorthand for a larger idea.

Soundbites work by lodging themselves in your brain as they’re repeated over and over again. With sufficient repetition, an idea may be accepted as true without meeting the normal standards of critical thinking and evidence. In part, our brains accept whether something is true or not based on whether it sounds familiar, and repetition breeds familiarity. This is how many urban legends and old wives’ tales come to be accepted as fact – you hear it so many times, you figure it must be true.

An effective soundbite should be, above all else, short and evocative. When we hear a phrase like “hallway medicine,” it immediately conjures an image of people lying on stretchers in hospital hallways, suffering without proper medical attention or a quiet, clean room in which to convalesce. It’s frightening because we can picture ourselves or our loved ones in that situation.

Which brings up another important element of soundbites: emotion. In this case, fear. Provoking emotions like fear, anger, or disgust tends to cause people to fall back on an “us vs. them” mentality and to see the world in absolutes rather than engaging in nuanced thinking. Disgust, because it is associated with an evolved response that protects against poisoning, is effective at triggering long-term memory – you need to remember the source of the emotion/contaminant, lest it make you sick again.

While soundbites can elicit positive or negative emotions, we more often see negative political messaging because conventional wisdom holds that it’s more effective, even though people claim not to like it. In fact, one study on U.S. Senate elections found that negative advertising is more effective for a challenger, but that positive ads may be a better strategy for the incumbent, because negativity and discontent result in a desire for change. Other research found that while negative ads are more memorable, they do not gain more votes and also have the unfortunate side effect of eroding trust in government.

Conversely, it’s easy to see why positive ads are considered less effective. From an evolutionary point of view, they are less often associated with life-and-death situations, and therefore do not trigger our minds at an instinctive level.

But there are exceptions: Barack Obama’s 2008 “Yes we can” slogan is a good example of this less-common tactic paying off. It worked well because he was able to use it to build enormous feelings of hope and optimism, and tied the message to his own personal history of triumph against all odds. 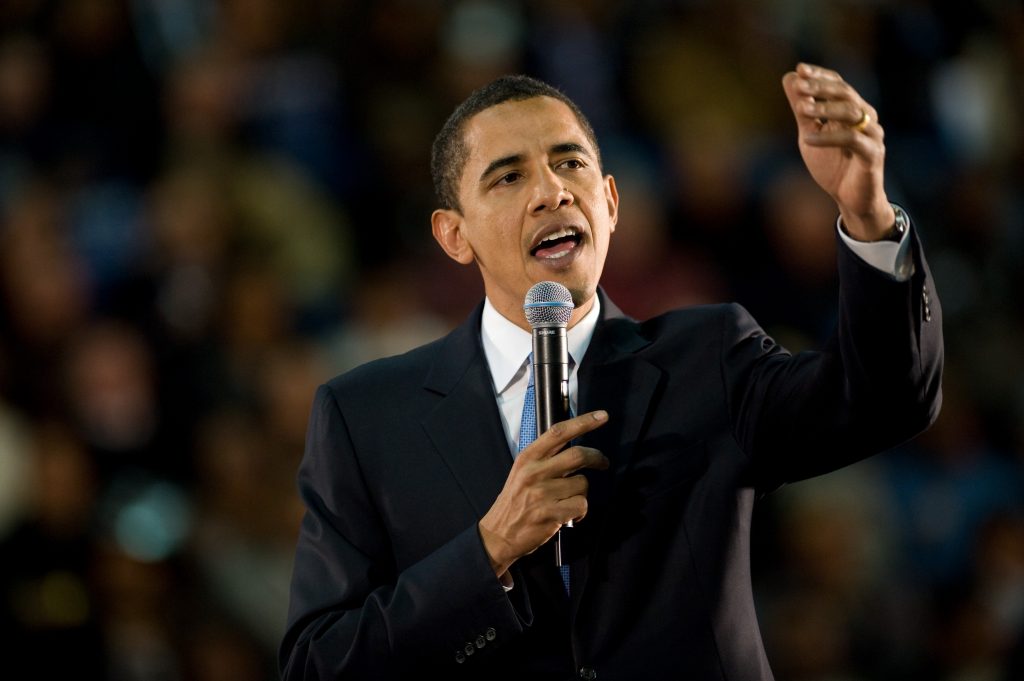 Barack Obama on the U.S. campaign trail. CC0 via Pixabay.com

The truth is, no one knows how to make a perfectly effective political soundbite. One of the reasons there is no consensus is because democratic elections and their associated campaigns are highly complex events, with many confounding factors. It’s difficult to compare one to any other.

But what is true is that voters are being subjected to greater numbers of short political messages and that those messages, if repeated enough, can be accepted as truth without providing compelling evidence.

So the next time you hear a snappy, clever little phrase over and over again during election season, ask yourself: “Is there any proof that it’s true?”