In October 2019, astronomers noticed that Betelgeuse, the red supergiant star that forms the left shoulder of the constellation Orion, was beginning to dim. While variable stars such as Betelgeuse regularly experience dim and bright phases throughout their lives, this recent dimming phase was unusual because the star’s brightness decreased so dramatically. By February 2020, Betelgeuse was at only 36 per cent of its normal brightness, the lowest value ever recorded.

Since Betelgeuse is in the twilight of its life, astronomers wondered if the unusual behaviour meant the star was taking its final breaths, preparing for a brilliantly explosive death called a core-collapse supernova. 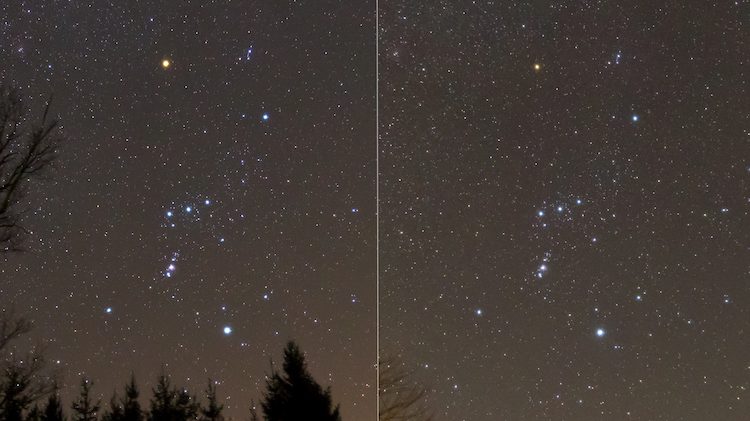 A plot of Betelgeuse’s light curve shows the usual variability in its magnitude and the unexpected minimum recorded in the last year. Note: The larger the magnitude, the dimmer the object appears from Earth. This image was created using the variable star observations from the AAVSO International Database that have been contributed by observers worldwide.

Betelgeuse is approximately 20 times the mass of the Sun and is located only 643 light-years from Earth. Because of its size and proximity, Betelgeuse’s supernova would be an incredible spectacle to behold. The supernova would be bright enough to cast shadows on Earth and might even outshine the moon for a time. Over several years, the supernova would slowly fade, eventually leaving behind a small dense object called a neutron star or, in a less likely case, collapsing into a black hole.

Naturally, the prospect of witnessing such an event â€“ which occurs in our galaxy only about once a century â€“ sparked a great deal of excitement and media attention, but that excitement was short lived. Fast forward a few months, and Betelgeuse has almost completely regained its brightness, leaving astronomers to suggest the anomaly was likely nothing more than a massive dust cloud that temporarily obscured the star’s light. 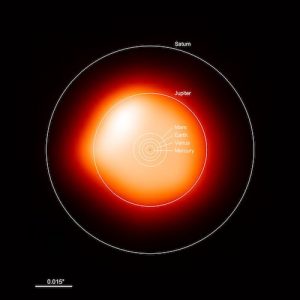 Betelgeuse is so large that if it were to be placed at the location of our sun, its girth would stretch as far as Jupiter’s orbit. Betelgeuse image captured by ALMA. Credit: ESO

So will Betelgeuse go supernova later this year? Probably not. But astronomers are certain that the star will meet its end relatively soon, which in astronomical terms means anytime in the next 100,000 years.

In the meantime, astronomers remain hopeful that we will witness a supernova within our lifetime; we might just have to look elsewhere. There are approximately 40 stars in our galaxy that could go supernova within the next century, but few of them are as close to us as Betelgeuse.

“A nearby core-collapse supernova would be an absolute treasure trove of multi-messenger physics,” says Dr. Jess McIver, a professor in the department of physics and astronomy at the University of British Columbia and formerly a senior postdoctoral scholar at the Laser Interferometer Gravitational-Wave Observatory (LIGO). “It’s still a mystery what actually drives these systems to explode into a spectacular supernova.”

The ‘messengers’ that McIver refers to are high-energy particles (such as photons, neutrinos, and gravitational waves) created by astrophysical processes. Catching a nearby supernova in progress would allow astronomers to observe these particles at close range and use them to better understand the inner workings of supernovae and other high-energy events.

“Observing gravitational waves, light, and neutrinos in one event would allow us to map the inner dynamics of [core-collapse supernova] systems,” McIver says. “We would learn a tremendous amount about the astrophysics of some of the most energetic events in the Universe.”

So what are photons, gravitational waves, and neutrinos?

Photons are the smallest possible “energy packets” of electromagnetic radiation, which includes visible light, radio waves, and x-rays. Gravitational waves are ‘ripples’ in space-time that travel at the speed of light, stretching and squeezing everything in their path. Neutrinos are tiny particles that weigh almost nothing, rarely interact with other particles, and travel close to the speed of light. 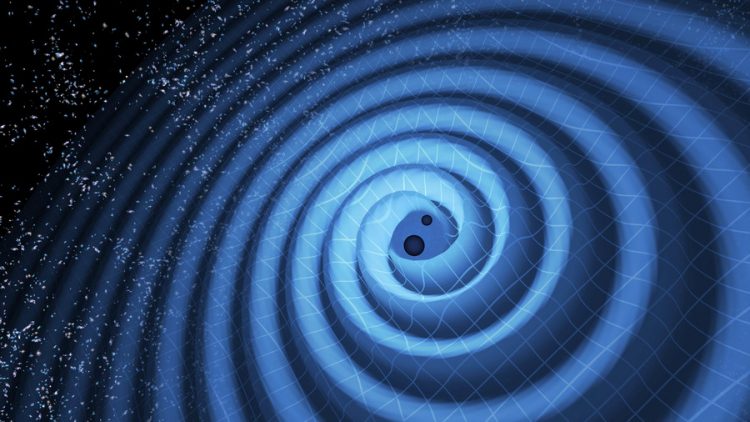 An artist’s rendition of gravitational waves coming from the merging of a binary black hole system. Credit: LIGO/T. Pyle

A dying star begins to emit gravitational waves and neutrinos shortly before it goes supernova, meaning that both can be used to warn us that a supernova is about to happen. If astronomers could detect this warning, it would give them valuable time to prepare their instruments and capture the burst of messengers released in the supernova explosion.

“For a star like Betelgeuse, the presupernova neutrino signal could be first detected a few hours before the collapse,” says Dr. Cecilia Lunardini, a professor in the department of physics at Arizona State University. “In particularly fortunate cases, a detection a day or so before collapse might be possible.”

Unfortunately, the farther away a star is, the more challenging it becomes to detect both neutrinos and gravitational waves.

In 2015, Advanced LIGO made the first ever gravitational wave detection when it recorded the wave signal of two black holes merging. Although the waves caused by this event were massive at the source, they moved LIGO detectors less than one-ten-thousandth the diameter of a proton (10-19 metres). Gravitational waves from a smaller event like a supernova may be imperceptible to modern detectors unless the event happens nearby.

As McIver says, “Three-dimensional numerical simulations predict that our current generation of gravitational wave detectors will only be able to see gravitational waves from core-collapse supernovae up to a few kiloparsecs away, a fraction of the distance between Earth and the centre of the Milky Way.” 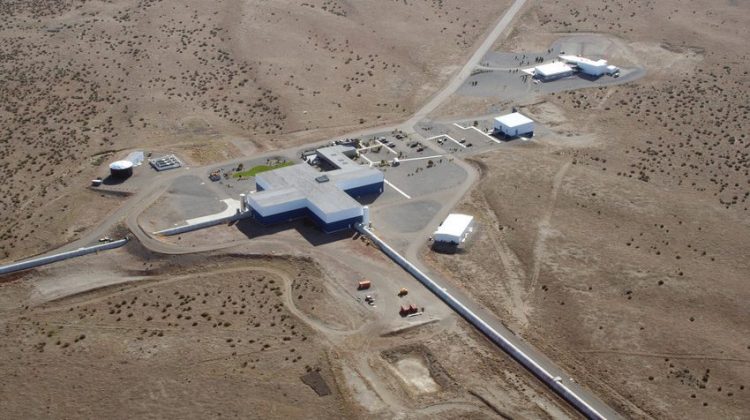 An aerial view of the LIGO Hanford Observatory in Washington state. The interferometer, along with its sister interferometer in Louisiana, used four-kilometre-long arms to detect the first gravitational wave in 2015. Credit: Caltech/MIT/LIGO Lab

Neutrinos from a supernova may have a better chance of reaching us since a staggering 99 per cent of a supernova’s energy is emitted in the form of neutrinos. In fact, neutrinos are so abundant in the universe that, in the time it takes you to read this sentence, trillions of neutrinos have passed harmlessly through your body.

Despite their abundance, neutrinos interact with matter so rarely that modern detectors capture an average of only 30 per day. Astronomers are currently developing more sensitive neutrino observatories but remain optimistic that current instruments will be capable of detecting presupernova neutrinos.

“Presupernova neutrinos are produced in the inner region of the star, where nuclear fusion has reached its advanced stages, producing elements heavier than helium, like carbon, oxygen, and silicon,” Lunardini says. “A detection of presupernova neutrinos will give us direct information (composition, density, temperature) on inner workings of a dying star that we would not be able to access otherwise.” 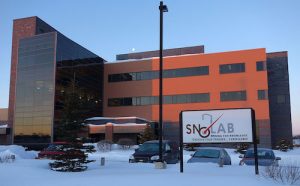 The Sudbury Neutrino Observatory Laboratory (SNOLAB) in Sudbury, Ontario, is home to the Helium and Lead Observatory (HALO). HALO is currently searching for presupernova neutrinos as part of the SNEWS network. CC0

In 2008, the Supernova Early Warning System (SNEWS), a network of seven neutrino detectors around the world (including Canada’s Hydrogen and Lead Observatory in Sudbury, Ontario), was formed to increase our chances of catching presupernova neutrinos â€“ and it’s not just for astronomers. Anyone can sign up to get SNEWS alerts and prepare their own backyard telescope for the next supernova.

As neutrino and gravitational wave detectors continue to improve, so do our chances of catching more distant supernovae. But for now, we will just have to hope that the next supernova happens relatively close to home.

4 thoughts on “What the next supernova can teach us, and why astronomers hope it will come from Betelgeuse”