Popular books, conferences, and the Internet (from websites to “most influential on Twitter” lists) make a compelling argument that, until very recently, science was an activity reserved for men. Were our great grandmothers uninterested in science? Were they prevented from conducting scientific research because they were women? Or were many of our female ancestors remarkable scientists whom history has forgotten? The truth is probably a combination of all three. Many men (and women) considered it improper for women to conduct research in a laboratory, thus few took any interest science. Those females who did venture into the lab were often lab technicians or secretaries rather than professors, so their potential was limited and achievements largely unnoticed.

Today blogging and social media are helping female researchers obtain the respect and credit that they deserve, and many bloggers are taking it upon themselves to delve into the past to help historical female scientists finally get the recognition they should have had when they were alive.

To celebrate International Women’s Day, which was on March 8, here are some highlights from the Science Borealis network, along with a short list of female scientists who are still admired today.

Notable posts from our feed

1. Claire Earner’s “Who wants to be a scientist?” on Sci/Why, which doesn’t simply look at women scientists, but scientists who are pushing racial, cultural and physical boundaries.

2. Frogheart’s tribute to women in physics, in the Transistor podcast and in Science in the movies.

Of course, this doesn’t mean our bloggers aren’t writing about women in science. In fact, they’re writing about them regularly, just not on a single day per year – as it should be! Shaken, Not Stirred used the #LikeAGirl campaign to highlight women geologists and the advantages of being a girl in science. Our Physics and Astronomy editors, Steph Taylor and Jared Stang used the occasion of Marie Curie’s birthday to write about the need for more Maries in physics. Steph followed this up with a post on her own blog on looking for women in the history of physics and astronomy.

Finally, to get a glimpse at what some amazing Canadian women are doing right now in science, take a look at the Women in Science series by Sarah Boon on the Canadian Science Publishing Blog. There are eight currently published, with more to come.

A few women scientists we (and others) admire 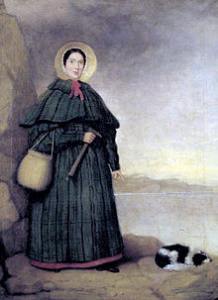 Mary Anning (1799-1847), featured in Live Like Dirt by Andrew C. Holmes, was a palaeontologist working in England where she discovered and correctly identified the first ichthyosaur skeleton, the first complete pleisosaur skeleton, and many other important fossils. However, it was always men who published descriptions of her finds. Meanwhile Anning, as a woman, wasn’t allowed to attend university or even vote. In 2010 the Royal Society named Anning to their list of ten British women who had most influenced the history of science. A fictional account of Anning’s work, entitled Remarkable Creatures by Tracy Chevalier, was inspired by Chevalier seeing a display of Anning’s work in a museum in Dorchester, England. 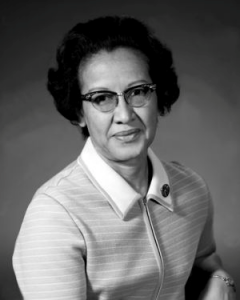 Katherine Johnson (1918- ), as profiled in Penigma, is an African-American physicist and mathematician who worked for NASA at a time when female contributors were generally not listed as co-authors on scientific papers. Johnson started in a group of women who worked on mathematical problems assigned by male engineers. Her talents were eventually noticed, and she became the first woman to work in the Flight Mechanics Branch of NASA, later moving to the Spacecraft Controls Branch. One of Johnson’s many achievements was calculating Apollo 11’s trajectory to the Moon. Delightfully, Johnson is being recognized as a recipient of the National Center for Women and Information Technology Pioneer Award on May 19th 2015. 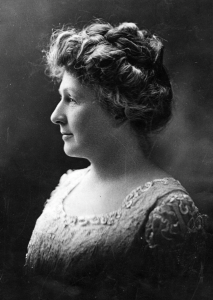 Annie Jump Cannon (1863-1941), as highlighted in Yovisto blog by Harald Sack, was an American astronomer who also struggled with impaired hearing. Jump Cannon was among a group of women known as “Pickering’s women” or “Pickering’s Harem,” who were hired by Edward Charles Pickering at the Harvard Observatory to process astronomical data. It is believed that Pickering hired women over men because he could pay them wages comparable to unskilled men, despite the fact that many of them were astronomy graduates. Cannon classified more stars than anyone else in her lifetime, and created a stellar classification system that is still in use today. The Annie Jump Cannon Award is presented annually by the American Astronomical Society to female postdoctoral astronomers for outstanding work in astronomy. 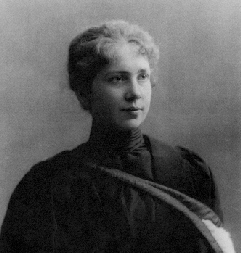 Harriet Brooks (1876-1898) is one of many historical female scientists listed by the Society for Canadian Women in Science and Technology who made significant contributions to their field, a list that includes Elsie MacGill and Margaret Newton. However, Harriet Brooks deserves particular mention as someone whose flourishing career in science ended simply because she was a woman. Brooks is widely recognized as one of the leading female physicists of her time. She was the first woman at McGill university to receive a Master’s degree and the first graduate student of Ernest Rutherford. Under Rutherford’s supervision, she studied radioactive emissions from thorium, work that would pave the way for the development of nuclear science. Brooks became a faculty member at Barnard College and was one of the first people to discover radon. In 1907 she married, forcing her to abandon her career in physics as, at the time, married women were not allowed to conduct research in universities.

So happy (belated) International Women’s Day, and make sure you contribute to the STEM Wikipedia edit-a-thon for Women’s History Month!