The Science Integrity Project. The environmental manifesto from Naomi Klein and other celebrities. The Science Pledge from Evidence for Democracy and their True North Smart & Free project (a repository of cases in which politics has trumped science). The Get Science Right town hall meetings.

Then there are the lists of questions to ask your federal candidates from Equiterre, Alternatives Journal, and the PIPSC. And even before the campaign, there was the Unmuzzle Canada initiative and the Sustainable Canada Dialogues document. Not only that, but in September we saw two all-candidate debates on science: in Sherbrooke, QuÃ©bec and Victoria, BC.

Scientists – and friends of science – have been highly active in and around this electoral campaign (and there are others â€“ see the Resource list here). Of course, the niqab issue has been so huge in the last few weeks that one could be forgiven for thinking that science would never be able to compete against such simplistic stories.

But that would be a mistake. Take the two science debates: for several years now, not a month has passed without somebody mentioning that young people aren’t engaged in politics, and that scientists are completely out of the loop. And yet, here we are: two events, organized largely by students and, not only that, science students.

Will they have an impact? Unfortunately, it’s highly improbable that the main political parties will use the last days of campaign to talk much about muzzling scientists, the federal census, or even the upcoming COP-21 in Paris. And there were still no questions about science in the televised debates…there haven’t been any since 1968!

But we’ve come closer than many realize. Never before has such a large proportion of the general public been so aware that free speech is also a problem amongst scientists. And the initiatives listed above shouldn’t close their doors after the October 19th election âˆ’ they should share their new expertise with each other. Because it sometimes seems that the brilliant people behind those great initiatives were unaware of the existence of their counterparts.

It would be useful to determine what did and didn’t work to promote science in this election campaign, and to collate all the available resources. In short, it would be useful for those initiatives to learn what we can do together, not four years from now, but continuously over the next four years.

For now, however, let’s use the time that remains in the electoral campaign to talk to our friends, our colleagues, and our colleagues’ friends, to explain why we feel that there are more important issues than the niqab in our election campaign. And why we feel it is important to vote on October 19th. 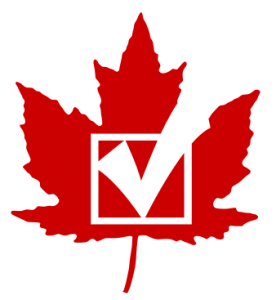 (Image by Svgalbertian via Wikipedia, CC-BY 3.0)

One thought on “Election 42: Meanwhile on the non-niqab front…”