Last summer, it cost more than $6,000 to travel to the Polar Continental Shelf Program’s Resolute base on Cornwallis Island, Nunavut: the largest research facility in the Canadian high Arctic. That was just the flight â€“ add on another $210 per day for accommodation and food. Then consider that this was inexpensive compared to other researchers, who charter Twin Otter planes or helicopter flights to more remote Arctic locations, paying up to $25,000 in fuel and pilot hours for each flight. And to think that going to Antarctica is even more expensive. 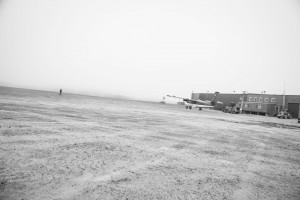 Every year, researchers travel to the Polar Continental Shelf Program (PCSP) Resolute base in Nunavut, the largest research station and logistics center in the Canadian high Arctic (Photo by Katriina O’Kane, used with permission)

Why do we spend so much effort and money conducting research in the polar regions? Why focus our resources on places that â€“ as far as many are concerned â€“ are far away, cold, and unimportant?

Next week, the Association of Polar Early Career Scientists (APECS) is celebrating Polar Week to bring attention to research in the Arctic and Antarctic. As part of this celebration, we’ve partnered with Science Borealis to present readers with six posts on a variety of Canadian polar science topics.

Polar research is important, not only from a local but also from a global perspective. At the local scale, the Arctic is a homeland. Humans have lived there for 40,000 years, and many indigenous groups continue to call it home. However, southern groups are increasingly promoting Arctic economic development – including shipping, mining, and oil and gas. Responsible development is founded on comprehensive understanding of the environment and its response to external stressors, particularly given the vagaries of climate change. How will such development affect the environment, wildlife and people of the Arctic?

At a global scale, environmental processes occurring at the poles affect climate around the world. The Arctic and the Antarctic are predicted to warm more rapidly than other regions; a relatively small increase in annual air temperature is already decreasing sea ice thickness and extent, particularly during the summer season. Polar ice is a critical factor in the reflectivity of the earth’s surface; open water is darker and absorbs more energy, creating a feedback effect that will further accelerate warming. This warming also contributes to melting the ice sheets of Greenland and Antarctica, which leads to sea-level rise and increased freshwater in the oceans. Understanding the consequences of these changes â€“ which include effects on coastal communities and changes in ocean currents and circulation â€“ is important in our predictions of future climate scenarios. 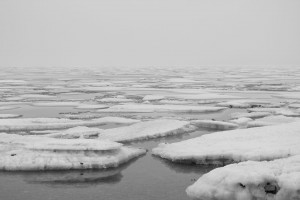 Unfortunately, we know far too little â€“ either in terms of research or traditional ecological knowledge â€“ to fully answer these questions, and to provide supporting information to policy makers. As with any homeland, we have an obligation to manage and develop it responsibly, which means doing our homework by doing the research.

Yes, the poles are distant, cold and expensive to reach. However, they are anything but unimportant. We are not only affected by, but have an effect on, the polar regions. We invite you to read along over the next few weeks and learn about our polar research. From zooplankton to marine birds, magnets to communities and polar scientists â€“ we’ll bring you closer to these vast white expanses.

2 thoughts on “Polar Week 1: Why do science at the poles?”