by the Science Borealis Board

Over the summer, Science Borealis provided comments to the Natural Sciences and Engineering Research Council (NSERC) on their strategic plan (NSERC2020). We’re sharing our comments to generate a broad public discussion around science, discovery, and innovation in Canada amongst the Canadian science, policy, and blogging communities. This conversation is particularly relevant given the recent press around Canadian science and science policy as an election issue (here, here, and here), and the upcoming Canadian Science Policy Conference, where Science Borealis is hosting a special session. 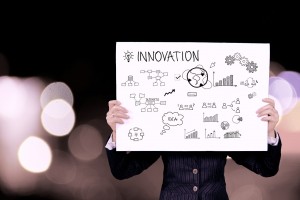 In 2014, the Canadian Council of Academies (CCA) released a report on the state of science culture in Canada, and found that many Canadians learn about science via blogs and social media. CCA specifically mentioned Science Borealis, and described science blogging as a type of “informal science learning and engagement” that educates the public, nurtures engagement, helps foster a positive attitude towards science, and serves as a model for young people interested in pursuing scientific careers.

Given the conclusions of CCA’s report, Science Borealis was well-positioned to comment on NSERC’s Strategic Plan, which is designed to position NSERC as a key contributor to Canada’s prosperity over the next five years. NSERC’s plan has four main goals:

NSERC asked whether their draft plan would help the Canadian research community achieve NSERC’s vision for Canada “to be a global leader in strengthening the discovery-innovation continuum for the societal and economic benefit of Canadians.”

We at Science Borealis believe that, to strengthen the discovery-innovation continuum, we must foster a strong science culture in Canada. Both discovery-innovation and science culture, however, require that Canadian research results be disseminated as widely as possible, and not just in scientific publications. Tools that can be used to publicly share research results include blogging and other social media outlets such as Twitter, Instagram, YouTube, Facebook, etc. These tools are a way of not only communicating science, but also of connecting scientist and engineers directly to the public (science culture in Canada), to other scientists and engineers (diversified/competitive research base), and to businesses and NGOs (discovery-innovation continuum).

NSERC also asked how we could work together to ensure success.

The Science Borealis platform aggregates over 100 Canadian science and technology blogs into one feed that is easy to read and monitor for new developments. The bloggers that register with Science Borealis range from graduate students to bench scientists, and from science journalists to interested members of the public who happen to love science.

From the point of view of NSERC-funded researchers, starting their own blog – or sharing info via an existing blog – on the Science Borealis platform allows them to easily communicate their findings to a broad cross-section of Canadian society (both the general public and potential industrial innovation or NGO partners). From the point of view of potential industrial or NGO partners for those scientists and engineers, the Science Borealis platform represents a one-stop shopping place to find the latest Canadian research.

Blogs can also function as part of researchers’ public outreach requirements. For example, some grants include requirements around knowledge transfer or community engagement, which can be facilitated by social media tools. Scientists and engineers are also required to include ‘plain language summaries’ as part of some granting programs, which can serve multiple purposes, from media releases to re-purposing these summaries on their blog which can then be aggregated by services such as Science Borealis. Blogs and other web-based outreach tools are also a way to reach a global audience, meeting NSERC’s fourth goal of ‘going global’ with Canadian research.

Universities and research institutions continually seek stories from researchers that can be used to engage the public and showcase university activities. Having researchers write in plain language on blogs, and then promote these writings via Twitter or other social media tools, can greatly facilitate the engagement process. Additionally, we hope to see this culture of science communication become part of the academic training process, so that students and postdocs receive training, support, and encouragement to communicate their own discoveries to a broader audience.

In July 2015, NSERC released a brief summary of community responses to their survey.

Respondents wanted to see NSERC “establish opportunities for recent graduates to explore scientific career paths outside of the traditional academic or industrial sectors,” and felt that doing so would put NSERC at the cutting edge of scientific training. We wholeheartedly agree, and suggest that science communication training be one of those ‘alternate’ career paths that students be encouraged to follow. By training more scientists to be communicators, we’ll not only continue to strengthen Canada’s science culture, but will also enhance the discovery-innovation continuum.

Respondents to NSERC’s survey also mentioned the ‘generational gap,’ and wanted to see more NSERC support for early career researchers. It’s these younger scientists who are often ardent supporters and users of blogging and social media platforms. If they aren’t already sharing their science through these media, they may be more easily convinced to do so. We suggest that NSERC incorporate these web-based tools into their eligible public outreach activities to engage a generation of scientists who are extremely comfortable with this mode of communication.

We look forward to reading NSERC’s final strategic plan, and hope to work more closely with them in future. We’re also keen to hear from our readers. What do you think of NSERC’s plans and the role of Science Borealis in strengthening Canada’s discovery-innovation continuum? Do you have suggestions for how this could be done, and how more researchers could be engaged in enhancing Canada’s science culture? Leave your thoughts in the comments below!