Birds chirping, wind brushing through treetops, the babble of running water – nature’s music is abundant and has long been a source of comfort for humanity. Shakespeare noted the beauty of nature’s sounds in The Tempest:

Sounds enrich our experience of a place and ground us in it, and yet soundscapes are an under-appreciated element of our environment.

Soundscapes are defined as the collection of sounds perceived in a given environment. In North America, four out of five people live in an urban area where the majority of the urban soundscape consists of human-generated sounds. Natural soundscapes are increasingly threatened due to the rapid loss of sound-producing organisms and noise pollution.

Most soundscape research has focused on the negative effects of noise pollution on both people and wildlife. Recently, Dr. Rachel T. Buxton, a conservation biologist from Carleton University, along with researchers from Colorado State University and Michigan State University, conducted a meta-analysis of 36 studies that looked at the effects of natural sounds on people. Buxton and her colleagues’ meta-analysis is the first effort to consolidate the patchwork of previous studies on these effects.

Seven of the 36 studies measured physical health markers such as heart rate, blood pressure, pain perception, skin conductance, and the level of the stress hormone cortisol in the subject’s bloodstream. The remaining studies looked at mental health markers such as mood and cognitive performance. An average of 150 participants listened to the recordings of either birdsong, water sounds, or mixed sounds in hospital or laboratory settings.

Buxton and her colleagues found an overall health benefit associated with listening to natural soundscapes. There was an overall 184% increase in health and positive affect measures, and a 28% decrease in stress and annoyance measures in groups exposed to natural sounds relative to the comparison groups exposed to urban sounds. Essentially, people’s health parameters improved and they became more relaxed and their mood and cognitive function improved. Of the three recordings, water sounds were found to have the maximum positive impact on physical health markers and mood improvement, while birdsong had the maximum effect on relieving stress markers and annoyance. 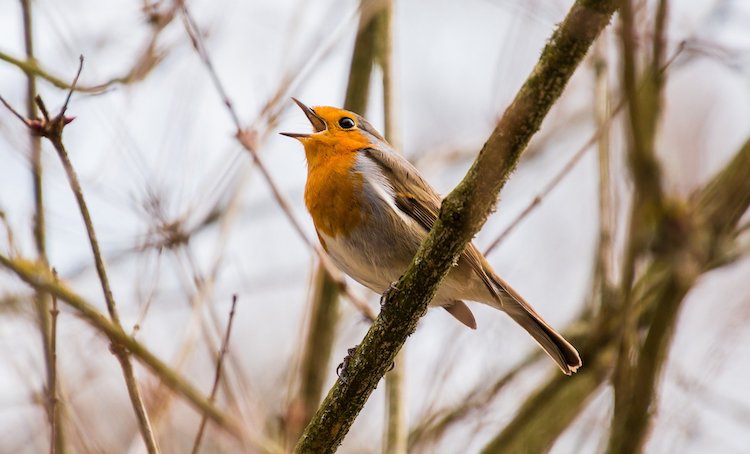 Birdsong and geophysical sounds can have a calming effect. Image by TeeFarm from Pixabay

Natural sounds may not be calming when they are undesired. For instance, sparrows chirping in the early morning are unlikely to relax someone who is trying to sleep. So, intent to listen may play a role in how the sounds affect us. Aside from intent, Buxton suggests several other moderating factors that could affect the calming influence of natural soundscapes. These include the company of others, personal preferences, demographics, and exposure duration. These factors have yet to be studied. Regardless, the current research suggests that natural sounds have a calming effect on people.

What drives this effect? How can the sounds around us have such an impact on our bodies and minds?

Nature’s music is familiar to us

There are two theories that may explain why natural sounds have positive psychological and physiological effects on us. They are rooted in the theory of evolution.

The second theory, Roger Ulrich’s Stress Recovery Theory, focuses on the physiological effects. Ulrich believes that urban environments contain more sounds that are perceived as threatening and this automatically provokes a more vigilant and aroused state. Birdsong, water, wind – sounds we have evolved alongside for millennia – are automatically and unconsciously processed as non-threatening, decreasing our fight-or-flight response. Sounds from traffic, construction, lawnmowers or cell phones are still perceived as new and provoke an involuntary response that heightens our state of alertness. Some evidence suggests that people are not completely habituated to man-made sounds even after being exposed to them for a long time. 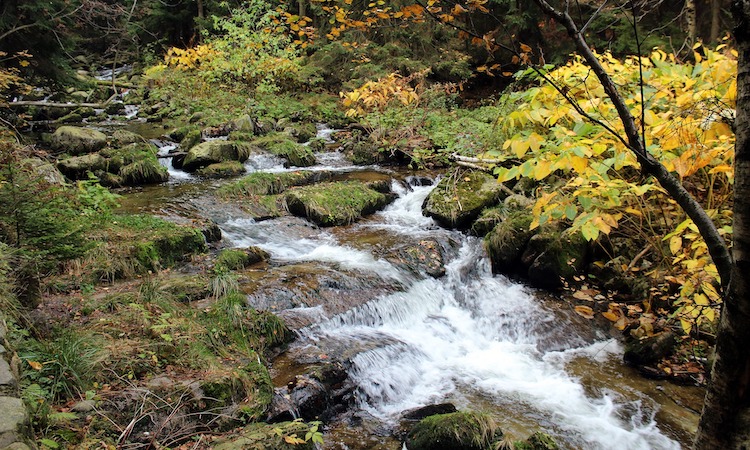 Human beings evolved alongside geophysical sounds like water and wind for millennia. Image by _Alicja_from Pixabay

All ears in! Let’s head out and listen up

Explicit consideration of soundscapes in conservation initiatives is rare, but Buxton’s review of the current research reveals the importance of these natural soundscapes. Parks and conservation initiatives should consider sound mapping natural areas. For instance, the Friends of Mount Douglas Park in Saanich, British Columbia created a Soundscape map of their park that shows the levels of city and traffic noise encountered on their trails and highlights the quiet areas. 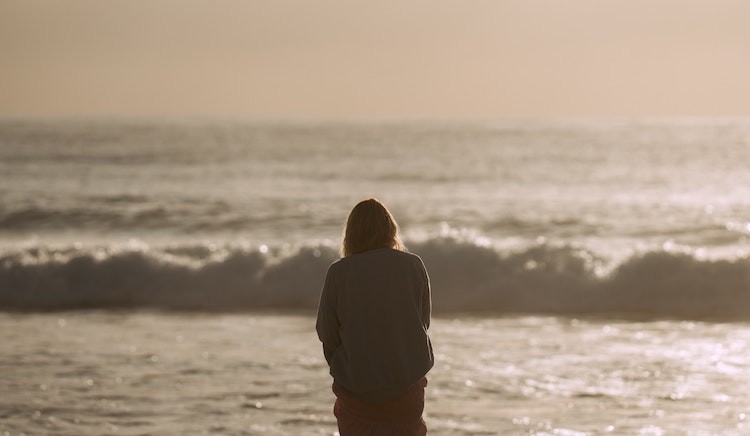 ‘Soundwalking’ involves mindfully focusing on and appreciating the sounds around you. Image by Ben Mack from Pexels

Research shows that natural soundscapes can have a calming effect on us. Take some time to listen to birdsong, wind or water, if not on a nature walk then in your living room. You will feel better for it.

One thought on “The calming effects of natural soundscapes”