Over the last few months, humanity has been grappling with COVID-19 and trying to reduce the spread of this devastating virus. But we aren’t the only ones dealing with a deadly pandemic. For the past 20 years, wild and domestic honeybees have been suffering from the effects of a fungal pathogen called nosema.

The most common honeybee species in North America is kept by beekeepers: the European honeybee (Apis mellifera). The eusocial insect, which is a prolific pollinator and honey maker, is originally from Asia. Its habitat eventually expanded into Europe and the Middle East. Currently, the European honeybee is naturalized on every continent except Antarctica. Despite its remarkable resilience, the species is fighting a difficult battle against the nosema pathogen.

What is nosema disease?

Nosema are spore-forming unicellular fungal parasites. They affect the gut of honeybees, germinating there and absorbing nutrients that the bees ingest. It damages the honeybee’s digestive cells and makes them more susceptible to other diseases. It often leads to dysentery, and limits a honeybee’s ability to perform tasks requiring a lot of energy, such as flying to discover flowers. The digestion difficulties caused by the infection can last for the rest of the bee’s life (even if the nosema is no longer present).

Nosema restricts the honeybees’ ability to produce royal jelly, which is the food bee larvae require to grow, and curtails their ability to help raise the larvae. If a queen becomes infected, she will stop laying eggs. The disease shortens infected bees’ lifespan (which is usually eight weeks for drones, six weeks to five months for workers, and two to five years for the queen), and total hive loss can result if most of the bees in a community become infected.

There is also some speculation that nosema is one of many factors contributing to colony collapse disorder (CCD). This phenomenon occurs when most of the worker bees in a colony either disappear or die, which leads to the loss of the colony. Colony collapse disorder has been a grave concern for beekeepers since 2006 when they began losing 30â€“90 per cent of their hives. As for what causes the disorder, no one is sure, but current research is focusing on a myriad of possible causes including nutrition, mites, habitat disruption, stress, and nosema.

Because nosema spores are found in the intestinal tract, they are spread through waste from infected honeybees. It is common for the infection to pass from bee to bee via spores left on the plants the bees pollinate, on other food sources, or in water sources. Since bees travel and forage over large areas that often overlap, there’s very little that can be done to limit the spread of the infection. There is also a high risk of transmission between wild and domestic honeybee populations if their ranges overlap.

Map of the worldwide distribution of nosema disease in wild and domestic bee colonies. Stars indicate infected colonies. Image by Grupe and Quandt 2020, CC BY 4.0

There are many species of Nosema, a genus full of common insect parasites. The majority of infections in North America involve two strains: Nosema apis and Nosema ceranae. While these strains affect individuals in similar ways, the duration and intensity of infection are very different. Nosema ceranae infects honeybees year-round, while N. apis infections are seasonal. And N. ceranae seems to kill honeybees faster than N. apis does. Initially, the prevalent strain in North America was N. apis, but in recent years, N. ceranae has slowly become the dominant strain. Nosema ceranae migrated to North America from Asia, where it was first seen in the Asian honeybee, although the exact history of the parasites’ migration is unknown. 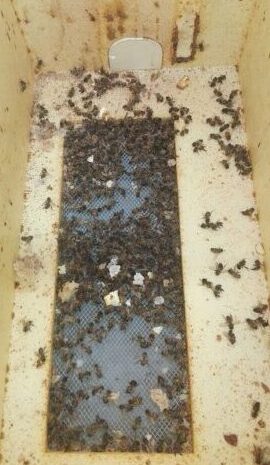 Honeybee populations have been declining in North America since 1947 due to many different causes, including habitat destruction, climate change, air pollution, pesticides, and disease. Pollination is a known limiter of crop yields: a lack of pollinators, including bees, means that many flowers don’t receive the pollen necessary to produce fruit. For example, blueberry crops in British Columbia are heavily affected by the numbers of pollinators, including wild bees. Professor Kyle Bobiwash in the Department of Entomology at the University of Manitoba found that if pollinator populations were increased, the increased rate of pollination could boost some farm yields by as much as 30 per cent.

Treating nosema presents some challenges. First of all, the treatment, an antibiotic called Fumagilin-B, is expensive. The original manufacturer stopped producing it because of a vast increase in price of the active ingredient. In 2018, Vita Bee Health began producing Fumagilin-B, but the antibiotic is still expensive for beekeepers and is available only in Canada. Its use is banned in a number of countries outside of North America, including the European Union.

In addition to being expensive, Fumagilin-B is not 100 per cent effective, nor is it a permanent cure for nosema. The antibiotic can be used as either a preventative or a treatment for the disease, and must be applied to hives by beekeepers so that the colony can digest the medication. However, there is still high honeybee mortality due to nosema following the treatment’s use, and the disease returns rapidly once the application has worn off. There is also evidence that it is not effective against N. ceranae. And the treatment is a human carcinogen.

Currently, research is underway to find alternative treatments. This includes microbial supplements and selective breeding of nosema-resistant bees. However, to date, Fumagilin-B remains the only known nosema treatment. 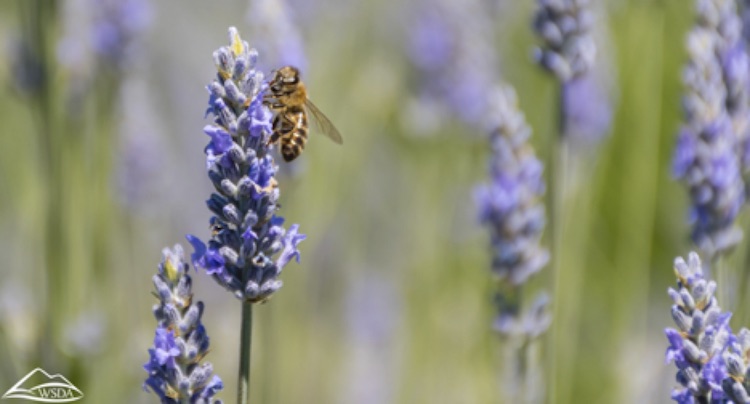 In addition to the development of alternative nosema treatments, gathering more data is an important way for us to combat nosema in honeybee populations. These data would allow us to better understand the distribution and impact of the different Nosema species on wild and domesticated honeybees. This information could lead to better management strategies, aiding not only the honeybees themselves, but also the ecosystems they serve.