“A foot in both worlds” is how Ph.D. student Enooyaq Sudlovenick describes her work. An Inuk studying the health of beluga whales at the University of Manitoba, she uses a combination of the scientific method and traditional Inuit knowledge in her research. She monitors environmental contaminants and uses serologic (i.e. antibodies in blood) and genetic metrics to understand how they might be related to the belugas’ health. She also consults hunters, Elders, and other Inuit to better categorize the whales’ health. The Inuit knowledge she collects is called Qaujimajatuqangit, and more broadly falls into the category of Traditional Ecological Knowledge (TEK).

TEK refers to knowledge acquired by Indigenous and other local peoples across generations through direct contact with the environment. It stems from the relationship between living beings and the world around them, providing an invaluable source of ecological insights. Like science, it is knowledge based on continuous observations. While science adopts an objective point of view, TEK includes the moral and spiritual beliefs of the community and is passed on orally.

Deborah McGregor is a professor at York University, and she is a member of the Whitefish River First Nation (Anishnabe) in Ontario. She says, “When attempting to compare Aboriginal and Western ways of seeing and relating to various issues, [a] simple translation of words is insufficient at best.” People obtain TEK through lived experience; it is as much a way of living as it is a way of understanding the world around you. McGregor has given lectures on TEK, written on it, and is frequently asked for advice on TEK by various agencies. Despite this, she says that she is not an expert from an Indigenous standpoint. “Simply studying TEK does not make one an expert.” 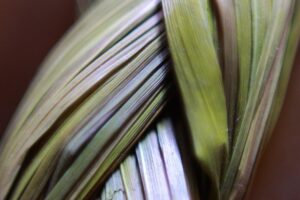 Robin Wall Kimmerer describes her book Braiding Sweetgrass as “a braid of stories meant to heal our relationship with the natural world. This braid is woven from three strands: indigenous ways of knowing, scientific knowledge, and the story of an Anishinabekwe scientist trying to bring them together in service to what matters most.” Image by Jamfam1000, Wikimedia Commons, CC 4.0

Science isn’t antithetical to TEK. What is science if not knowledge obtained through continuous observation? Robin Wall Kimmerer is a scientist and member of the Citizen Potawatomi First Nation in the American Midwest. In her book, Braiding Sweetgrass, she describes science as “a way of forming intimacy and respect with other species that is rivalled only by the observations of traditional knowledge holders.” Kitty Lickers, food animator and member of Six Nations of the Grand River, says problems occur when TEK is viewed separately from science. The data collection occurs through lived experience; because of that western scientists often don’t consider it valid data. “That’s where people run into the difficulties,” says Lickers, “they think it’s separate.” In another essay, Kimmerer writes “both scientific ecological knowledge and TEK have predictive power, and in both intellectual traditions, observations are interpreted within a particular cultural context.” Perhaps the greatest difference between the two knowledge systems is the cultural context in which these observations are interpreted.

Building relationships between scientists and Indigenous communities and recognizing the legitimacy and value of TEK is a key step towards reconciliation. Indeed, there is increasing recognition in the scientific community about the benefits of including TEK in research. An ecological study spanning a few decades would be considered long-term; TEK spans generations. From a scientific perspective, this provides an invaluable source of data for studying patterns and changes in the world around us. Despite this wealth of knowledge, there is a tendency to only accept TEK when it supports western science. Indigenous groups have been observing and managing the biodiversity of their land for millennia; however, it is only when scientists ‘discover’ that some of the most biodiverse lands on the earth are managed by Indigenous peoples TEK is recognized. 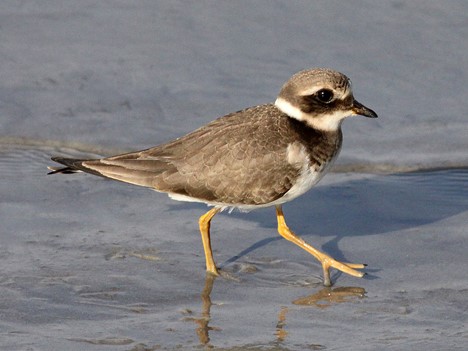 In Canada, over 50% of the ringed plover’s range falls within Indigenous-managed lands. Image by Ken Billington, Wikimedia Commons, CC 3.0

One challenge that TEK faces is the tendency to view knowledge accumulated through western science as superior or more correct. This bias can be overcome by two-eyed seeing, a method that values each knowledge system equally. Like a pair of glasses, one lens provides TEK and the other western science, with both having equal importance. One way of knowing does not supersede the other. Two-eyed seeing removes the opportunity to pick and choose which knowledge is used in an ecological study.

TEK is often isolated from its cultural significance when incorporated into western science. As an educator, Kimmerer finds that the choice between working with data or having a relationship with nature can alienate students, pushing them away from science. She says, “at a time when our ecosystems are threatened by [an] imbalance between humans and nature, we cannot afford to discourage such students from membership in the scientific community.” Lickers echoes this sentiment, saying that TEK provides the human connection. And science might benefit from more human connection with the land and less objectivity. 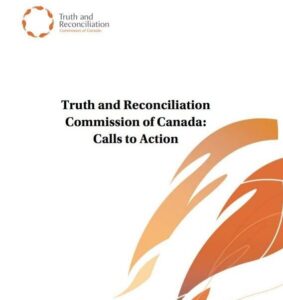 Indigenous knowledge is being incorporated into the broader Canadian consciousness in several ways. The Truth and Reconciliation Commission Calls to Action recommends that federal, provincial, and territorial governments “provide the necessary funding to post-secondary institutions to educate teachers on how to integrate Indigenous knowledge and teaching methods into classrooms” and “provide the necessary funding to Aboriginal schools to utilize Indigenous knowledge and teaching methods in classrooms.” There has been an increase in Indigenous-led courses and programs at universities across the county.

The incorporation of TEK into western science shouldn’t be the sole responsibility of Indigenous people. As western scientists, it is our responsibility to listen to and respect their wealth of knowledge. The two worlds that Enooyaq Sudlovenick describes can complement one another, but this collaboration must be a true partnership, where both parties benefit from the relationship and are equally valued. “Indigenous folks, worldwide, together have all of the answers to solve all of our difficulties with our earth,” says Lickers. “We just have to utilize them.”