How long will physical distancing measures last? Should we all be wearing masks? When will there be a vaccine?

These are just some of the questions that have been circulating online since the onset of the COVID-19 pandemic.

As a deadly new virus threatens to turn our world upside down, many of us are, understandably, experiencing some degree of uncertainty. The same doubt we’re all feeling is mirrored in much of the media coverage we’re seeing about the virus. From articles musing on “possible timelines” to headlines touting COVID-19 knowns and unknowns, ambiguities and knowledge gaps are everywhere.

But discussions of uncertainty have not always been seen as desirable in science communication. Media have traditionally shied away from mentioning scientific caveats, and some scholars have found that limitations and controversies â€“ when misrepresented or included without context â€“ can diminish trust in valid scientific findings. Indeed, uncertainty has a long history of misuse, leveraged as a tool to obscure evidence about everything from the dangers of smoking to the inevitability of climate change. But in the context of a public health crisis like COVID-19, in which the unknowns far outweigh the knowns, finding ways to communicate uncertainty has become a must for any science communicator.

Luckily, it turns out that, when done thoughtfully, discussions of uncertainty can have benefits for both scientists and their audiences.

“It comes down to the different kinds of ambiguity that are out there,” says Peter McMahan, an assistant professor in the Department of Sociology at McGill University. “On the one side, you can be ambiguous to try to cover up that you don’t know something. But you can also do it to try to relate to multiple groups.”

It seems counterintuitive, but McMahan’s research suggests that, in some cases, ambiguity can actually facilitate connections between groups that are otherwise divided.

In 2018, McMahan collaborated with James Evans, a sociology professor at the University of Chicago, on a big data project exploring the language used in scholarly abstracts. Surprisingly, the researchers found that more ambiguously worded articles tended to generate more conversation and engagement between scholars than precisely worded ones, especially those researchers working in different disciplines.

It’s unclear exactly why this might be, but McMahan believes it may be because ambiguous words act as boundary objects â€“ ideas that are interpreted and used differently by different communities. While these conceptual differences mean that the exact meaning of a term may shift from one study to the next, he believes those shifts can have positive implications for science.

“More clear science actually ends up getting done based on ambiguous[ly worded] work rather than very precisely worded work,” says McMahan. “Even if you’re interpreting [a concept] differently, it spurs that kind of conversation.”

While this particular study focused on communication between scholars, there’s evidence suggesting that uncertainty can be beneficial in the communication of science to the public as well. 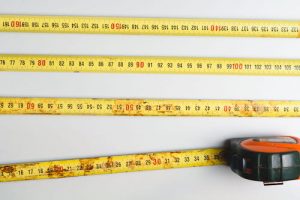 For example, studies have found that incorporating uncertainties into health communication can actually reduce fatalistic beliefs about illnesses like cancer and increase trust in scientists, medical professionals, and the media. The evidence isn’t definitive, but one reason may be that openly addressing limitations when discussing scientific work makes scientists and science communicators appear more transparent – they seem less tied to promoting some specific agenda.

Yet, trust is only one reason science communication scholars are increasingly arguing in favour of communicating uncertainty.

“Taking full advantage of scientific research requires knowing how much uncertainty surrounds it,” write Baruch Fischhoff and Alex L. Davis in an editorial for PNAS about the relationship between uncertainty communication and decision-making. They argue that placing too much confidence in science can be a disadvantage, especially for people who are trying to make informed choices. Just think of all the times you’ve considered changing your diet based on some headline sharing “exciting new evidence,” only to find out that study in question was conducted on mice.

But placing too little confidence in science can have drawbacks too â€“ you might miss opportunities to act on new, potentially helpful evidence, or make important decisions based on little more than speculation. Especially when it comes to research that could improve people’s lives, finding ways to communicate the quality of the evidence (or lack thereof) may be the only ethical option.

Accurately communicating scientific uncertainty seems more important than ever in the context of COVID-19, as billions of people wait for information about how to keep themselves and their loved ones safe. “I think this is a really interesting moment for science communication,” says Colleen Derkatch, an associate professor at Ryerson University who studies the rhetoric of science, medicine, and health. “Researchers and policymakers are really having to be very upfront about what they don’t know â€“ and there’s a lot we don’t know.” 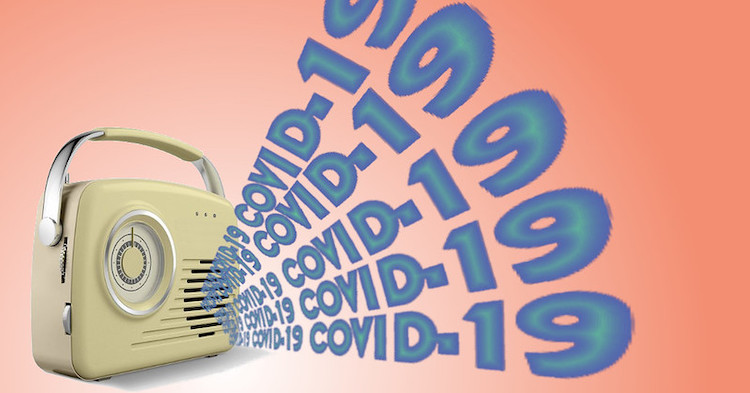 The same doubt we’re all feeling about COVID-19 and measures to stop the virus’s spread is mirrored in much of the media coverage we’re seeing about the pandemic. Image by muffin CC BY 3.0

While the unknowns surrounding COVID-19 can be unsettling at times, Derkatch believes that, for the most part, this transparent approach of sharing uncertainty seems to be working. “People are learning about scientific practices and processes,” she says. “They’re learning about … the steps [necessary] to bring a drug or treatment to market.”

Of course, the uncertainties surrounding the virus have left plenty of room for exploitation, as the long list of coronavirus conspiracy theories shows. But they have also created opportunities for audiences to better understand science itself. “I think normalizing how knowledge is produced could be really helpful,” Derkatch says. “The things we don’t know are just a normal part of science.”

Gwendolyn Blue, an associate professor at the University of Calgary who studies public controversies involving science and technology, agrees. “We’re in really interesting times,” she says. “Uncertainty really defines our times…and [addressing that is] increasingly a requirement for public engagement and for [the] democratization of science.”

At the same time, Blue acknowledges that discussing these uncertainties remains difficult for many scientists and science communicators. “One of the major trends that I have observed… is a deep, deep institutional and cultural challenge around communicating uncertainty,” she says. “[The value of certainty] is deeply ingrained in our cultural assumptions about what constitutes trust and what constitutes legitimacy.”

But while rethinking those assumptions will be difficult, Blue is confident that change is possible. “I think journalists [and other communicators] can play a really important role in establishing that shift in establishing new narratives, perhaps to show that we can manage uncertainty,” she says. “We are hopefully moving towards creating some space to open that up.”

Banner image: Uncertainty can be confusing, but it can also help us make better decisions. Illustration CC0 via Public Domain Vectors