Invasive alien species (IAS) have been identified as one of the greatest threats to biodiversity. It’s therefore no surprise that controlling and eradicating them is one of the top priorities for the Nature Conservancy of Canada’s (NCC’s) Manitoba Region.

IAS are defined as animals, plants or other organisms intentionally or accidentally introduced into places beyond their natural range of distribution (IUCN.org). In the absence of natural enemies, they can establish themselves and reproduce quickly. They often take over entire areas: choking out or displacing desirable native species, impeding water flow, interfering with recreational activities, and threatening crops and pasture lands. 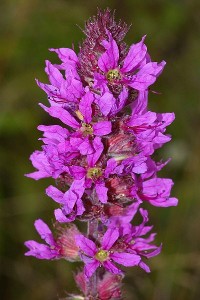 But not everyone agrees on the impact of invasive species on native biodiversity. CBC Radio recently aired a documentary, “Bioinvasion: Attack of the alien species!” which argued that “a growing contingent within the scientific community believes the concentration on the changes wrought by alien species is off-target â€“ that they are not somehow ‘worse’ than the native species.”

What makes a species invasive?

The CBC Radio documentary gave me a new perspective on how we humans view invasive species. We consider invaders a problem when they threaten things that are important to us: our environment, economy, society, and health. By that logic, one may argue that humans are the greatest invasive alien species – but we don’t appear on the World Conservation Union’s World’s Worst 100 Invading species list. It seems to be human nature to shift the blame.

The attack on invasive species is largely anthropomorphized. The idea that these species have purposely hitched a ride to invade new lands with malicious intent is misleading. Species spread to new environments in order to establish and reproduce, without considering their competitors.

Humans aren’t always at fault. Invasive species can naturally disperse to new areas by hitching a ride on migrating animals and birds, or travelling via wind or waterâ€“ though humans have accelerated this process by bringing distant ecosystems into contact with each other through increased air travel, increased ports of entry, global trade, and increased exotic gardening and pet trade.

What should be done about IAS?

People don’t like change, but IAS are rapidly changing our world and costing us more money in remediation than ever before. Instead of trying to stop their spread, should we adapt and find new ways to use and enjoy these species? It’s difficult to predict what may happen with IAS in the future. Will the population max out and die off? If there is a native gene source, can it be recovered? While invasive species may contribute to an increase in diversity over the short term, the concern is that, over time, individual species will displace native biodiversity and form a monoculture.

In general too much of one species, whether native or alien, isn’t a good thing. Even native species like trembling aspen have invasive behaviours, invading prairie regions in wet years, though they’re more susceptible to fire in dry years. In order to encourage diversity in any ecosystem, we need to concern ourselves with species of all origins, including both natives and invaders. 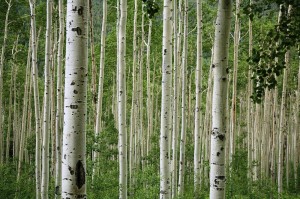 What is NCC doing?

Early detection of new and emerging invasives is considered the most important step in invasive species eradication. By discovering a newly-arrived species before it has a chance to spread, we have the opportunity to respond before it infests the landscape. Through the Invasive Species Council of Manitoba’s Weed Spotters Program, invadsive plants are documented using an online mapping program EDDMapS Prairie Region to guide land management.

NCC staff use these data to define when it may be effective to implement control strategies, and when an invasive species is too far advanced. Whenever we begin work in a new natural area, NCC staff identify biodiversity targets and threats to those targets. We then work to abate the threats by applying a coordinated approach to control and eradicate invasive species on our properties and in the surrounding natural area.

In the Tall Grass Prairie Natural Area, for example, high priority invasive species â€“ leafy spurge, St. John’s wort, and common tansy â€“ have been identified and mapped on NCC and partner lands and roadsides. An active control plan has been implemented on NCC lands, where known patches are chemically or mechanically treated based on size and location. To determine the effectiveness of the treatment, we monitor the patches annually â€“ though after three years there are no changes yet to report.

In Riding Mountain Biosphere Reserve, a regional stakeholder survey showed that locals are concerned about the ecological and economic risks posed by invasive species, and perceive that the problem has been worsening in recent years. While they were willing to cooperate and share data, many also warned of the challenges involved with getting such a project underway, including getting stakeholders with disparate viewpoints to cooperate, and raising the required funds to make it a success. These are the focus of the next stage of NCC’s plans in the Riding Mountain region.

Though some argue that we need to embrace invasive species, and despite the uncertainty about the population trajectory of IAS, we can’t afford to wait and see what will happen in the future and risk the degradation of Canada’s landscapes and the extinction of our species. We need to act now to conserve the biodiversity to ensure that it is maintained for future generations to experience. 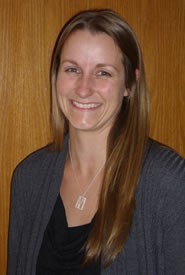 Julie Sveinson Pelc is the Manager of Stewardship Programs in Manitoba. She is a past coordinator and founding member of the Invasive Species Council of Manitoba and represents NCC on the board of directors as the Chair. She is also the President of the Manitoba Association of Plant Biologists.

This post also appears on the Nature Conservancy’s Land Lines blog, as part of our partnership series on invasive species.