Today I am going to dive into the two things that I think are often misunderstood about wetlands: The role that hunters and statistics have played in wetland conservation in North America. One reason we have so many wetlands today is because of hunting, statistics, and people who care a lot about migratory waterfowl. Wetlands certainly serve many purposes beyond waterfowl habitat but a big part of wetland conservation can be told with them as the focus. 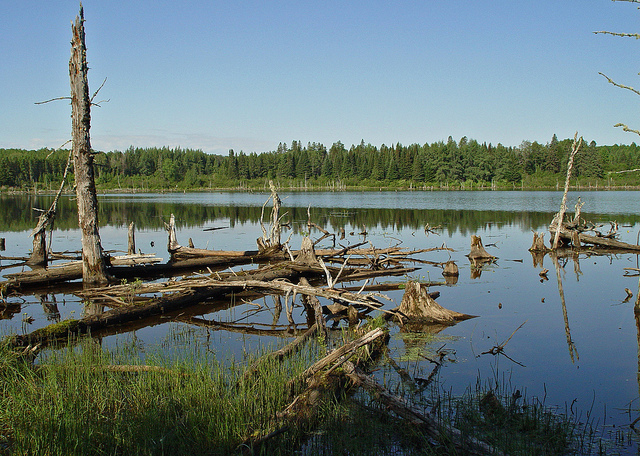 Waterfowl include many species of ducks and geese and swans, large migratory birds, many of which are also game species. For decades researchers in Canada and the U.S. have been banding waterfowl during the breeding season to study their migration. They do this because some banded birds will be harvested, and when they are, the hunters are asked to report the band number and where they killed it.

Hunter reports help us understand how birds move at a continental level. For non-game species the recapture rate (the rate at which birds which are banded are encountered for a second time) is less than one percent.

Hunting provides a unique way of increasing the encounter rate of hunted species, especially across a large geographic area. Hunting has provided valuable information for decades, so let’s combine live recaptures and hunting and dive into how a number cruncher and a hunter are important parts of the same process of managing and understanding our ecological systems.

The hunting community has contributed to wetland conservation in North America not just through their financial contribution through conservation stamps in Canada and the U.S, but by their actions as well. For instance, hunting groups were among the first to call for bag limits in the early 1900’s and hunting clubs continue to manage valuable wetland habitat across the continent. 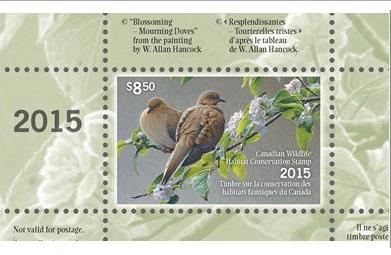 Now let’s do the math. In order to conserve and manage a population scientists need to know how many animals are in the population and what their demographics are (percent female, adult, etc.).

There are several ways to do this. Ideally we would census the population, which even with human populations in developed countries is very challenging to accomplish. In wildlife, unless we are dealing with a very small population, we don’t census, we sample. From a sample we can estimate the demographics of the total population. There are many ways to sample and study, depending on our goals, budgets, and the organism we are studying.

The simplest way to do this is through Lincoln-Peterson Models. For this technique, scientists mark individual animals. In the case of waterfowl this is done through banding, a time-tested method that has been in use for over a hundred years to study bird migration. Then later â€“ often the next season or next year â€“ we capture a bunch of birds again and see how many of them are banded.

The idea is that in year 1 we have banded a certain percentage of the population, and in year 2 we’ll be able to tell what percentage, because that percentage will be the individuals re-encountered in year 2. The math behind this is pretty straight forward.

Then we solve for the size of whole population.

This is the simplest form of population modeling in a marked population, and it comes with many assumptions and is not always appropriate. Through more advanced mark-recapture models we can take into account variations in how different parts of the population fare over time. Often juveniles have very high mortality rates in their first year of life. In other species females are subject to higher mortality than males. We can also account for the addition of new individuals to a population, either through birth or immigration from another area.

We can use statistical models called ‘known fate’ to model the population over time. These models allow us to incorporate records from the ends of birds’ lives and information from birds which are recaptured each year alive. This allows us to understand how long individuals live, where they go, and how these variables change for different parts of the population. We can answer questions like: do males or females live longer? What about different ages? 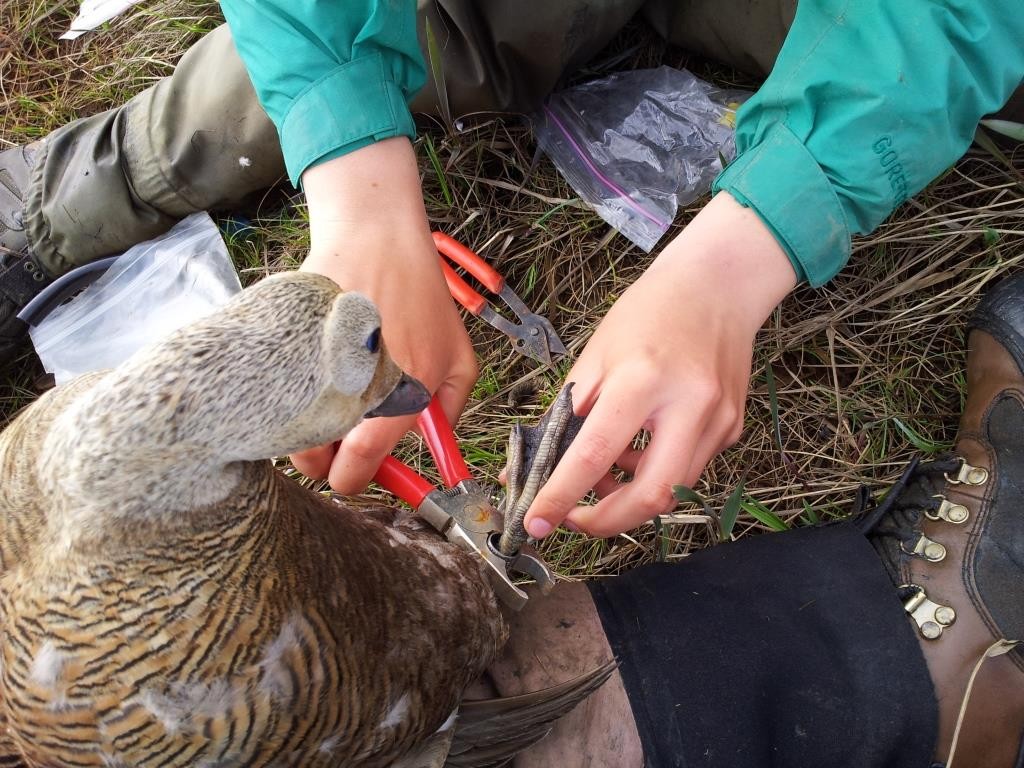 These kinds of studies can be done at the local scale. For instance, this past year I’ve been working with Canada goose data looking at the population of resident Canada geese in Arkansas. We have banding data for 10 years from several locations across the state. We also have recapture information and data from hunted birds from across the state.

We can use these data sets to estimate the size of the resident (non-migratory) Canada goose population in Arkansas. Similar projects are done by agencies, organizations and students all over North America to study how populations change over time. Applied at the continental scale these statistical methods have allowed us to identify our modern flyways. These flyways now define administrative boundaries to help inform sustainable management of many species.

Targeted wetland conservation was able to start once scientists across North America were able to monitor population trends for various waterfowl species and start to examine their connectivity. Many conservation organizations, and agencies were involved, including groups composed largely of hunters such as Ducks Unlimited. 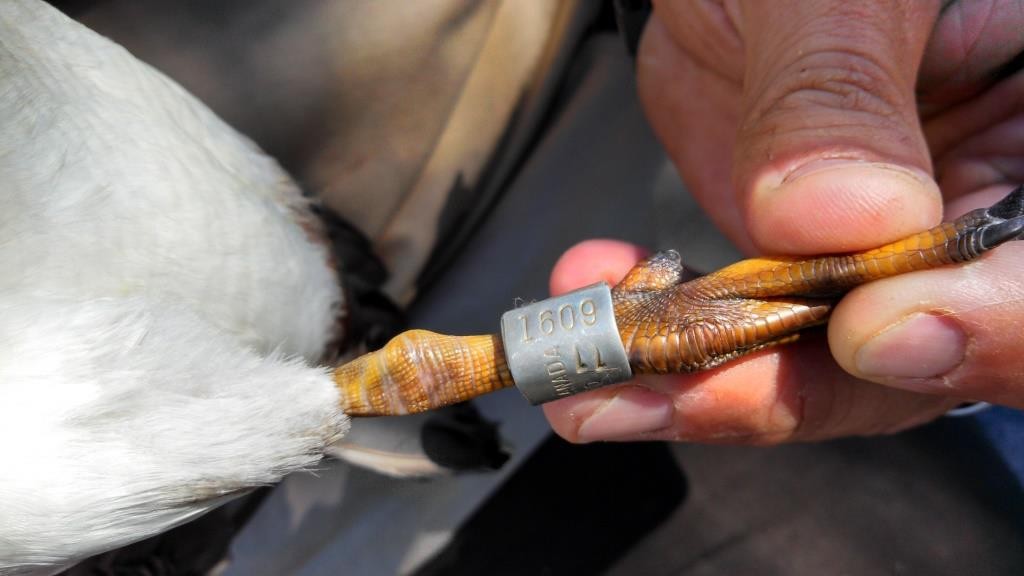 Even a single recapture can provide information about a population. Credit: Jessica Larson / USFWS Mountain-Prairie

Wetlands were lost at a huge rate (~70% in settled areas of Canada, similar rates across much of the U.S.) which makes the conservation of the surviving ones really important. Much of our remaining wetlands are in the hands of the government at various levels. These organizations are charged in with the continued care and management of wetlands species — sometimes just waterfowl, other times a wider suite of species.

In either case management is being done on behalf of the people they represent and these properties are often available for recreation in the form of hunting, bird watching and other kinds. Private wetlands also serve as valuable habitat for many species. These wetlands help clean our water and mitigate flooding in addition to providing wildlife habitat. Efforts are made through programs to coordinate and encourage multi species management on these properties so that they can aid in providing habitat for migratory birds and other wildlife but management is often focused on a smaller subset of desired species, such as game species. Often the brunt of the responsibility for providing suitable habitat falls on government. It requires a great deal of collaboration, since migratory birds don’t just stay on one property the entire year. 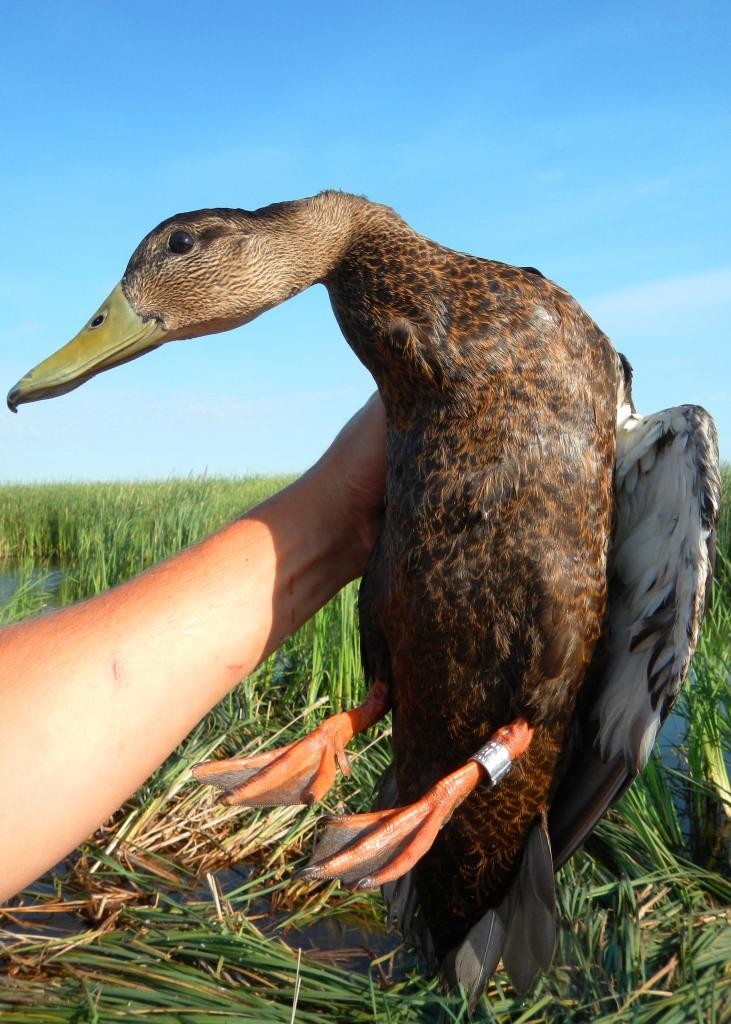 By understanding of how birds move we can figure out what habitats are being used on the landscape and that helps prioritize where to conserve more land. Wetlands are important for wildlife, but provide many other vital services to society, through cleaning our water, sequestering carbon, mitigating flooding and more. Together, wetland managers, hunters, birders and data crunchers are all part of the relatively large system that strives to keep our wetlands healthy and keep the wildlife around for generations to come.